” This is the main focus of the new study “Afghanistan’s energy security: tracing Central Asian countries’ contribution.” Outcome of a joint collaboration of the FES Regional Peace and Security project, FES Kazakhstan and the FES Afghanistan office, the study was conceived and created through essential input by the Afghanistan Policy Group. It takes a sharp look on the compatibility and contradictions of energy politics and policies between Afghanistan and Central Asia and suggests recommendations on the field of energy security.

Over the last 15 years, since the fall of the Taliban, Afghanistan has experienced a dramatic leap forward in granting its citizens access to power and light. The number of Afghans having access to grid electricity rose from 5 percent of general population in 2002 to 30 percent in 2015. However, as these numbers clearly show the full electrification of the country still remains a paramount task of the Afghan government and the international community. Access to energy concerns Afghan families and business owners nearly as much as security. No progress will happen without these two preconditions being met.

After 2001 Afghanistan has stepped out of international isolation and has significantly strengthened its ties to adjacent countries, especially to the energy rich northern neighbors in Central Asia. Many transnational projects like TAPI, CASA-1000 and OBOR are supposed to break the historic reclusivness of the region and bring development and progress by addressing energy insecurity of the country. A strong mutual partnership is needed for Afghanistan and Central Asia to continue their development and to diversify their economies.

The study at hand takes up the question of this partnership by focusing on three aspects of Afghanistan’s energy security priorities where Central Asian countries can play a role: (a) a source for stable electricity supply, (b) Afghanistan’s transformation into an energy self-sufficient country, and (c) Afghanistan’s development as a transit hub between Central and South Asia.

The topic of Afghanistan’s energy security will be further addressed at the 2016 annual regional conference on Afghanistan, held in Kabul in November as part of the FES Regional Peace and Security Project. 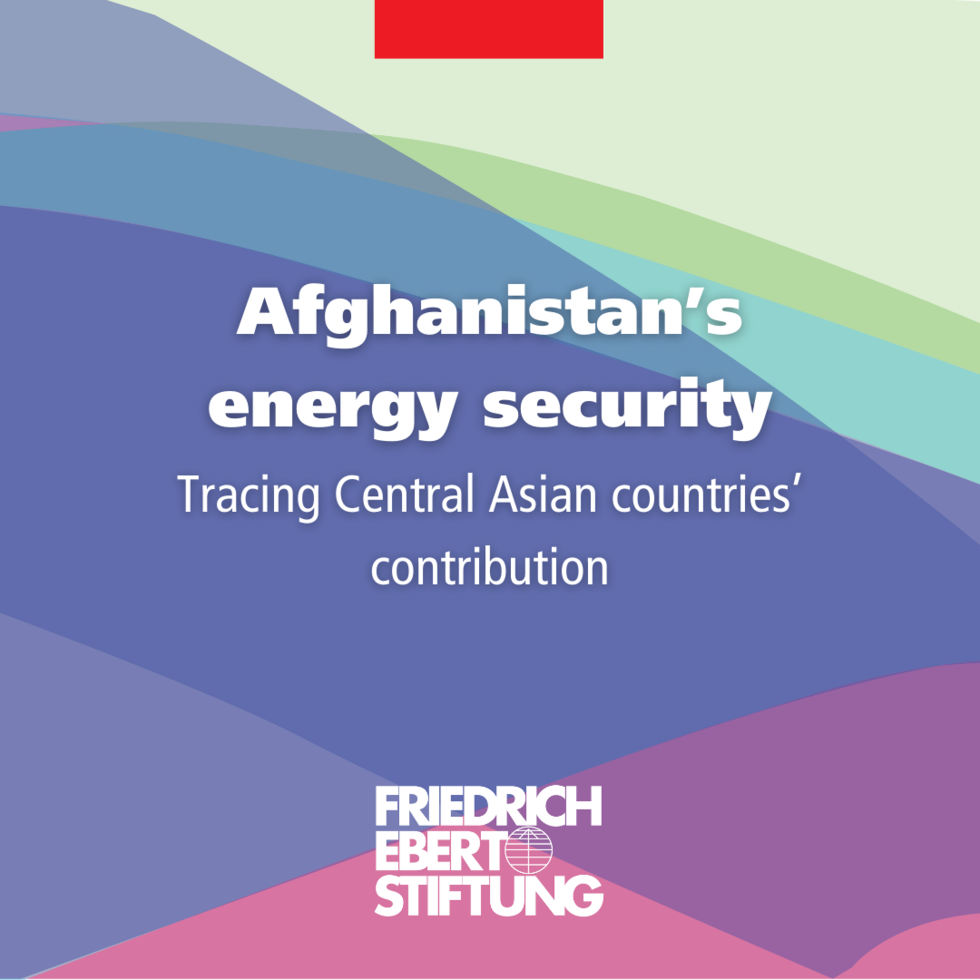 Afghanistan has made great strides in improving electricity access for its people since 2001. However, it is still a long way from achieving energy…