With millions of workers in lockdown, the Philippine government has initiated several cash assistance programs to save both the lives and livelihoods of its citizen. An approach that might suggest that a universal basic income may not be as unrealistic as some have thought.

As fast as the contagion, local economic activities suddenly stopped for many industries and firms after the Philippine authorities put Metro Manila and the entire Luzon region under lockdown on March 15. As dreadful as COVID-19, private sector jobs and incomes painfully vanished for a multitude of precarious workers and poor households. Hence pressures mounted on the national government to save not only lives but also livelihoods.

On March 24, the Philippine Congress passed an emergency measure to build an initial stimulus package from realigned and reallocated budgets. Under the Social Amelioration Program, the bulk of this initial budget amounting to about USD 4 billion for two months is meant to subsidize the basic expenses of 18 million low-income households with cash handouts of 100 to 160 USD. Another 82 million USD was initially targeted to provide some 710,000 affected workers with cash assistance worth around 60 to 200 USD. Rescuing small businesses, the finance department started receiving applications for another 1.02 billion USD wage subsidy scheme that will give between 100 and 160 USD in cash to an estimated 3.4 million employees.

This package of simultaneous cash grants is unprecedented. On several levels, it resembles an old but persistent idea that some progressives have been advancing, although only to little or no avail: universal basic income or UBI, meaning guaranteed unconditional and regular cash given to all members of a society to live a minimum decent life.

Consider coverage. One of the mentioned cash assistance programs, at least in theory, already covers 18 million households. In a country of 23 million households, that is 78 per cent. If one adds it up with the number of households of beneficiaries of other government programs, such as the wage subsidy scheme, and assuming no double counting, coverage expands to around 85-90 percent. Yes, these are households and not individuals being counted, but it is a concrete way of measuring the scope of a given form of guaranteed income towards expanding it into a truly universal one.

Then there is the aspect of conditionality. UBI is fundamentally a no-strings-attached money transfer. The government emergency subsidies distributed do require burdensome documentary and procedural requirements, and yet it can be argued that they are nowhere akin to structural prerequisites of traditional conditional cash transfer programs like the Philippines conditional cash transfer initiative (4Ps), which is stringently tied to health check-ups and school enrollment. Other “conditions” relative to identity or vulnerability characteristics of beneficiaries are an issue of targeting and not of conditionality per se.

Finally, cash. In an average family of five residing in Metro Manila, a subsidy amount of 160 USD is hardly enough to meet daily necessities for a month. The same is true for a family in another region where the lower end of the cash aid amount is distributed. Still, one cannot dismiss that the per capita amount aimed to be delivered to millions of families across the country under those various subsidy schemes is significantly higher than the one under 4Ps (e.g. maximum of 35 USD per month for a family with one elementary pupil and one senior high school student) and even under the government’s unconditional cash transfer (UCT) mitigation programfor poor households affected by a tax reform measure (6 USD per month).

To be clear, this is not to overstate the government’s Social Amelioration Program, let alone paint it as UBI. The design, implementation and efficacy of the different cash assistance programs under it have their share of issues in need of urgent answers as millions of Filipinos face the gruesome threat of hunger and poverty.

Executive agencies tasked to distribute the money have tried to find ways to clamber out of usual inefficiencies and inadequacies in service delivery by quickly overhauling systems and remobilizing what is left of the government’s financial resources. But their owncombined reports tell us it is still not enough. As of May 1, more than a month into the extended lockdown, only 57 per cent of the target 18 million households in vulnerable sectors have received their financial subsidy.

However, the resemblance of the subsidy programs and all their gaps and oversights are precisely what makes UBI a viable alternative, amid the pandemic and beyond. Not only will it simplify the process of giving money to where it is direly needed, thereby getting rid of targeting, application and distribution issues that just allowed others to slip through the minimum safety nets. In the long term, it will also strengthen the foundations of the country’s social protection floor on which every Filipino can stand and walk with dignity, free from the constant fear of falling into another unbearable hardship.

It will be expensive, no doubt. But the very notion of UBI is not only, or even primarily tied to the current availability of budgetary means, but linked to wider structural changes in society and the redistribution of wealth. Interestingly, the COVID-19 crisis has seen a number of politicians and economists around the world call for universal basic income. The immediate benefits for people in the Global South are obvious: UBI helps fight technological unemployment, supports unpaid care workers, increases the middle class and by extension consumer spending and addresses extreme poverty.

And while we are in the early days of UBI research in countries across the Global South, with only a limited number of pilot projects that can be studied so far, our collective experience from a still evolving pandemic in the Philippines shows us that a guaranteed basic income is possible. What is “expensive” in this context has been widely acceptable. Politicians and policymakers may not have realized what in essence they are putting in people’s pockets in order for them to stay home and literally stay alive, but they have been sending a crucial message—perhaps unwittingly—that giving money to individuals because they need it to survive and live through the crisis can be done. With the fiscal belt loosened and public spending reoriented increasingly towards people’s real needs, there is little reason to believe that the government cannot provide similar minimum cash handouts for all absent a crisis. But as history suggests, unprecedented economic measures during times of emergencies tend to be temporary without sustained advocacy and action.

When this crisis is over, may progressive economists, labour leaders, civil society activists, academics, independent researchers and ordinary citizens stand together in support of an idea whose time may have finally come. When the pandemic passes, may we not miss an opportunity to rebuild a healthier economy based on equality and social justice.

Ronell Delerio is a researcher at the Institute for Labor Studies (ILS) in the Philippines. His portfolio deals mainly with labor migration, social protection, and gender equality, usually in collaboration with civil society advocacy groups. He also volunteers for democracy initiatives. 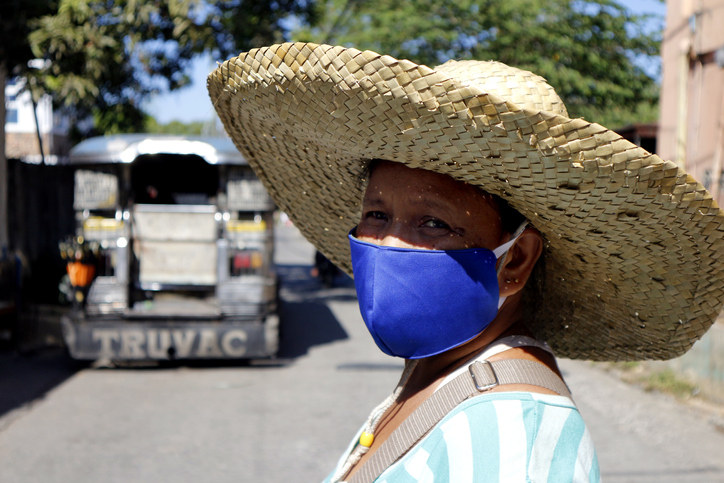 The COVID-19 pandemic exacerbates the long-standing symptoms of a weak and inequitable public health system in the Philippines. A densely populated…