Mongolia strives to play a leading role in the digitalization of government. Find out how in our interview with Anar Bayarsaikhan, the Director of the Social Insurance Authority in Mongolia’s Orkhon province.

In 2020, a comprehensive programme was launched to digitally unify government services and make as many as possible available online. The programme takes much inspiration from the ambitious digitalization project of the Social Service Authority in Mongolia’s Orkhon province, home to the country’s second largest city Erdenet. Anar Bayarsaikhan leads the project and explains what can be gained and which obstacles have to be overcome when bringing digitalization and automation to public administration.

You are managing an extensive digitalization project of the Social Services in Mongolia’s Orkhon province. Can you give us an overview of the project?

Our project started in 2017 and is called Smart & Green Office. We aim to create a highly productive, transparent and innovative way of administrating the government agency which services the highest number of citizens. The project was implemented in three main stages. First, we extensively analysed our organizational operations as well as the needs of our clients. We focused on how to serve the needs of our clients most efficiently and to their satisfaction. Second, we re-engineered the workflow of the Orkhon province’s Social Insurance Authority to create a more productive and transparent process by digital means. We payed special attention to closing gateways for corruption by digitally improving the transparency and accountability of our agency. Third, we gradually implemented these innovations, i.e. by creating a digital archive for our case files, setting up an AI-based Robotic Process Automation (RPA) and an automated appointment system. Additionally, we digitized as much of our workflow as possible and used the gathered Big Data from various aspects of our project to reliably allocate personnel and funds where they are actually needed. Today, the entire case management is processed digitally. The progress of our costumers’ applications is fully transparent. Everybody can see when, how and by whom decisions were made. I believe, that in times of the Fourth Industrial Revolution public administration should go ahead and not fall behind.

How did you manage to implement a project of this scale with limited resources?

You need to focus on finding the right partners and the right people and commit them to a shared vision. It was crucial for our success that we knew exactly what we wanted – from the first stages of conceptualizing the project to its actual outcomes. Early on, we reached out to key stakeholders and got them onboard. They soon realized that each of them would benefit from the project in a different way. For instance, the central government saves money if we achieve the same outcomes as earlier with less time and personnel involved. Clients benefit from faster processing of their applications and the near elimination of corruption. This saves a lot of time and unnecessary hustles. And the society as a whole benefits from a more targeted deployment of social services that eliminates redundant or obsolete payments to recipients who might not be entitled to them and would have slipped through our old paper-based system.

What were the biggest challenges you had to overcome?

The biggest challenge by far was the status quo. It takes a lot to transform a well-established organizational culture. People have to get accustomed with the new technology at their workplace and have to get used to new procedures. Of course, it changes a lot if your work becomes more transparent for your customers. And initially, there was a lot uneasiness since many people believe digitalization will use machines to make the human workforce obsolete. But our experience was quite the opposite. I want to give you an example. Before we implemented Robotic Process Automation (RPA) in our agency’s finance department, two employees with master’s degrees spend half their working hours with a highly repetitive financial data registration process. A task that could easily be performed by high school students. After RPA took over this job, both employees were able to use their time and skills for more challenging tasks like policy development, customer relation management or fund risk management. We needed them in their new capacities even more as in their old ones! So, RPA allowed us to let machines do the repetitive and unskilled work thus freeing time for humans to take care of more creative, strategic and cognitive tasks. This example points to a more general issue. I strongly believe that digitalization will not take away work from humans but rather that it will allow them to do more meaningful work. Therefore, digitalization and automation should be embraced rather than feared.

What would you consider the most vital lessons learned of your project?

Preparation and commitment are key. It was crucial that we conducted an extensive analysis and spent a lot of time to re-engineer paper-based processes for extensive automation. And it was even more crucial that we set out a vision of how we wanted the culture in our organization to change by using digitalization and automation not to cut costs and reduce our workforce but to improve our services and making more human resources available for our customer’s needs. Since 2018, more than 200 organizations in Mongolia, from both the public and the private sector, used our agency as a blueprint for their modernization efforts. I am very happy to share our knowledge to improve Mongolia’s public service. In fact, a comprehensive digitalization of the government services is one of the major projects of the current national government. And we will do our part when it comes to achieving the vision of a smart government in ‘E-Mongolia’. 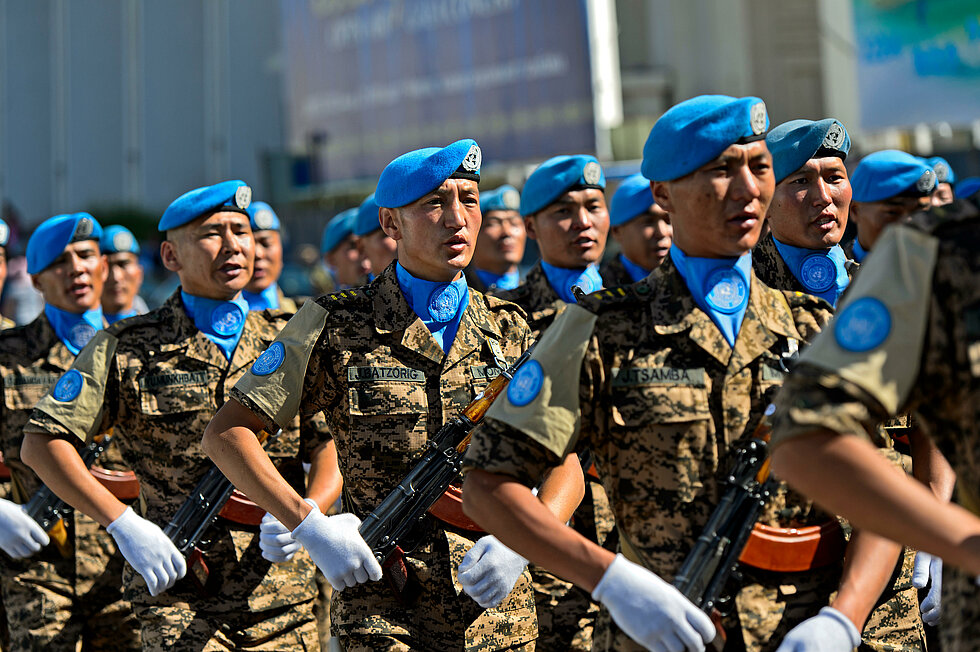