50 years of German-Bangladesh relations are being celebrated by the Bangladesh office of the Friedrich-Ebert-Stiftung and the Centre for Governance Studies.

Germany was the first European country to recognize the nation of Bangladesh after its war of independence (East Germany in January 1972 and West Germany a month later). Since then, the ties between the two countries have grown steadily and become multifarious, with Bangladesh receiving donations from Germany, and Germany becoming its second-largest destination for readymade garment exports. Beyond trade and development, the relationship comprises development assistance, cultural and educational exchanges.

This year, Friedrich-Ebert-Stiftung (FES) Bangladesh has launched a new project on geopolitics and geo-economics to explore Bangladesh’s role in the region, as well as to identify areas of collaboration for the fast-growing Bangladeshi economy. For Bangladesh, the European Union and its member states have always been vital players for its development. Thus, FES is looking to build on this relationship and to strengthen the ties with the EU. As part of this, FES Bangladesh, in collaboration with the Centre for Governance Studies, brought together a high-level panel in Dhaka in March 2022 on the occasion of 50th anniversary of German-Bangladesh relations.

Panellists and speakers looked back at the long and fruitful development cooperation in recent years. Germany has contributed to renewable energy, energy efficiency, good governance, the rule of law and human rights and climate change adaptation as part of the Sustainable Development Goals (SDGs) of the 2030 Agenda and Bangladesh's Five-Year Development Plans. Germany has collaborated with Bangladesh in the Rohingya crisis while suspending development cooperation with Myanmar under the military junta. Bangladesh is one of the 10 countries Germany has offered a special partnership on climate and development,” said Achim Tröster, German ambassador to Bangladesh. He also expressed that this special relationship would be unique in future cooperation. Echoing Ambassador Tröster, other speakers emphasized on building effective relations with Germany and with the EU in education, women and development, academic development, and civil society development.

Nasim Ferdous, first woman with the Bangladeshi foreign service, said that Germany is a very tolerant society, and that makes a difference. Their schooling system broadens their concept and outlook, which contributes to increasing the level of tolerance, she said. Thus, she emphasized on the exchange of education (including technical education) with Germany and the EU. At the same time, she was looking forward to German investment in this field in Bangladesh. Another speaker, Rubaiyat Hossain, a filmmaker and writer, reflected what Former Ambassador Nasim said about the potential of collaboration in education and women’s development. "We learn about our identities and roles from the cultural artefacts with which we interact. Films that we make, books that we write, and culture that we create are all crucial in creating a more equal and sustainable society,” she said. “I want to emphasize that in terms of diplomatic relationships, we talk about weapons, war, trade, and billions of dollars. Still, it's important to emphasize culture because there's a lot of power there, especially in the visuals.”

Abdul Muktadir, chair of the Bangladesh-German Chamber of Commerce & Industry Committees, reiterated the education aspect by referring to the German education model. He pointed out that technical skills are given to people at the school level in Germany, instead of the emphasis on humanities that is more widespread in many school systems around the world. If we had the right kind of skilled people, he said, then foreign direct investment and other forms of support would be a more appropriate second stage, and benefit both countries.

Faiyaz Murshid Kazi, director general for Western Europe and the EU with Bangladesh’s Foreign Ministry, drew a parallel with Bangladesh’s relations with other European countries. Bangladesh had previously used its historical close ties with the United Kingdom to help amplify its voice on the international stage, he explained. But since Brexit, the influence of the UK had diminished, and “we saw the need to reach out to other European nations,” he said.

He added another point regarding Bangladesh's new outlook on international platforms, by saying that “the Rohingya refugee crisis has changed the perception of Bangladesh abroad. Now Bangladesh is being looked at as a provider of regional stability. This new perception has created greater relevance for Bangladesh in creating more strategic relations with Europe, particularly to set a buffer against ongoing geopolitical power struggles in Asia.”

Bangladesh is in a process of transformation, set to be reclassified from the official list of Least Developed Countries, to the one of Developing Countries, with graduation set for 2026. In fact, the country has become an important geopolitical actor in the region and beyond by dint of its economic growth, achievement of SDGs, responses to the Rohingya crisis, and role in climate change initiatives. In this long development journey, it has found many good friends, including Germany. Now the world is observing how Bangladesh and its relationship with Germany bring out a new standard of educational, cultural, and academic changes in the society.

Shadhan Kumar Das has been working as Programme Coordinator at FES Bangladesh since 2014. He has been coordinating projects on geopolitics and geoeconomics, the economy of tomorrow, higher education reforms, and the future of work. 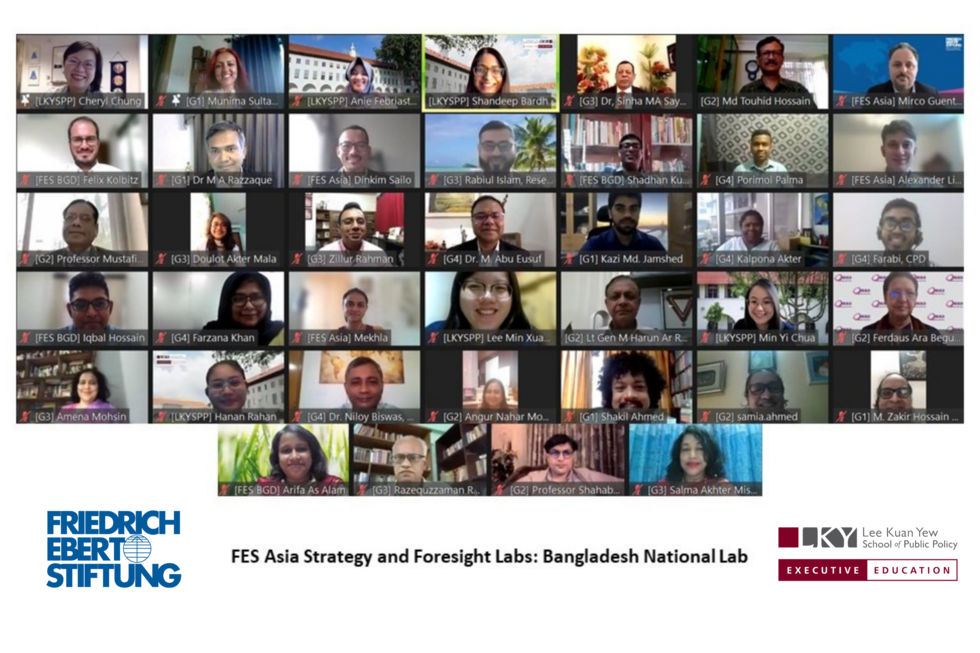 Bangladesh in the New Geopolitics of Asia

Bangladesh is emerging as an important player in Asia’s new geopolitical theatre. FES and its partners invited some of the country’s top thought… 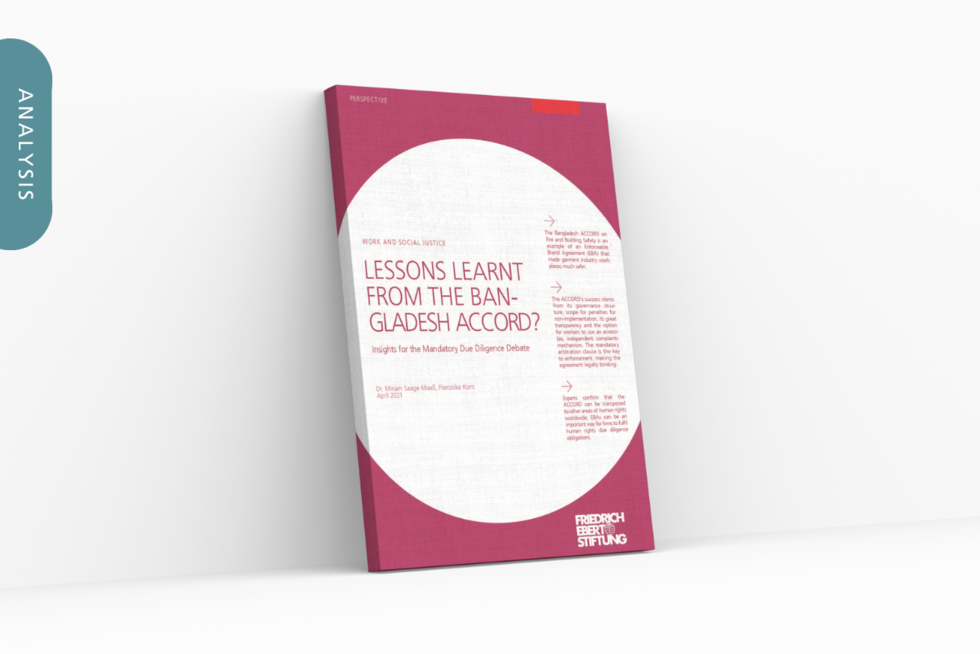