Lively discussions of representatives from trade union centres from over 20 countries from Asia and Europe with government officials, the European Commission, other organisations and experts made the 9th Asia-Europe Labour Forum (AELF9) in Sofia, Bulgaria a great success. 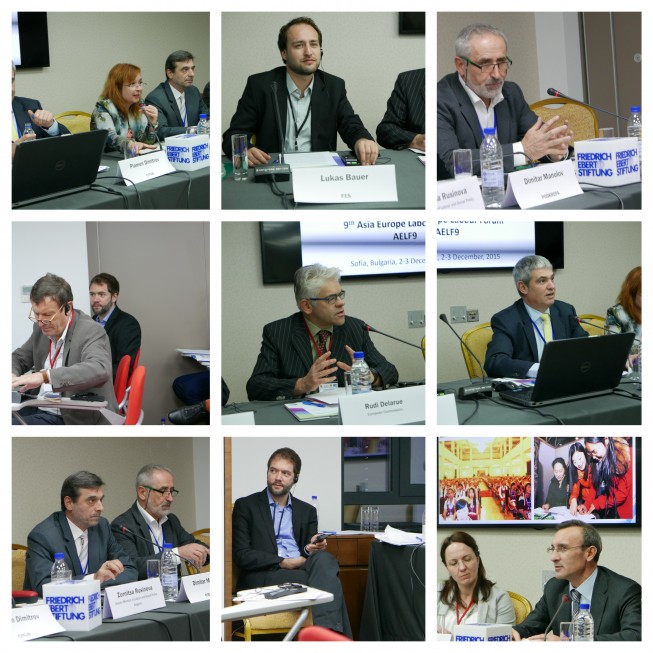 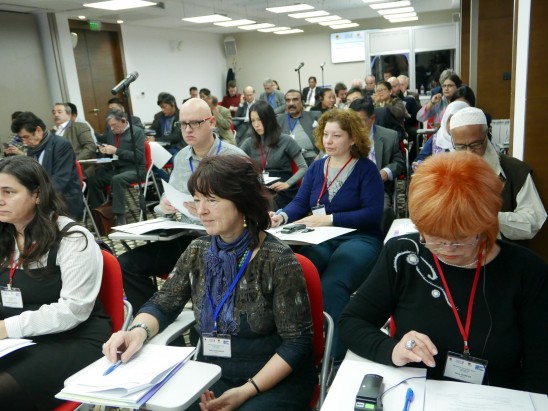 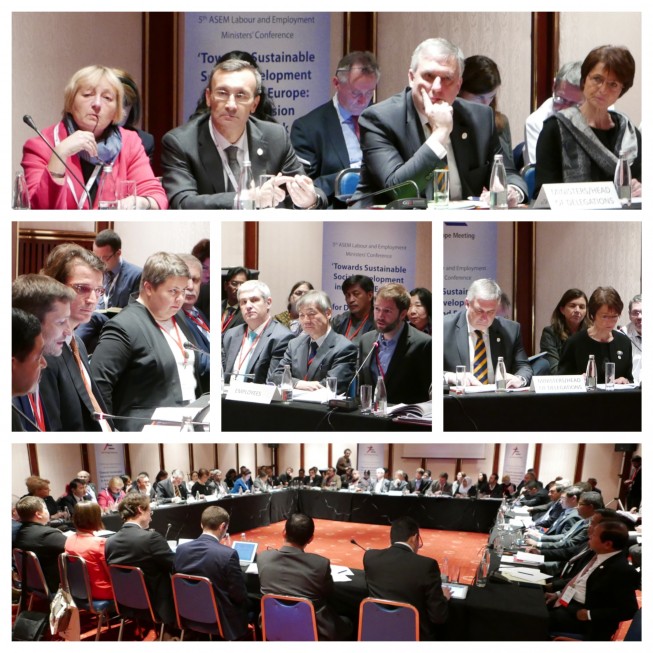 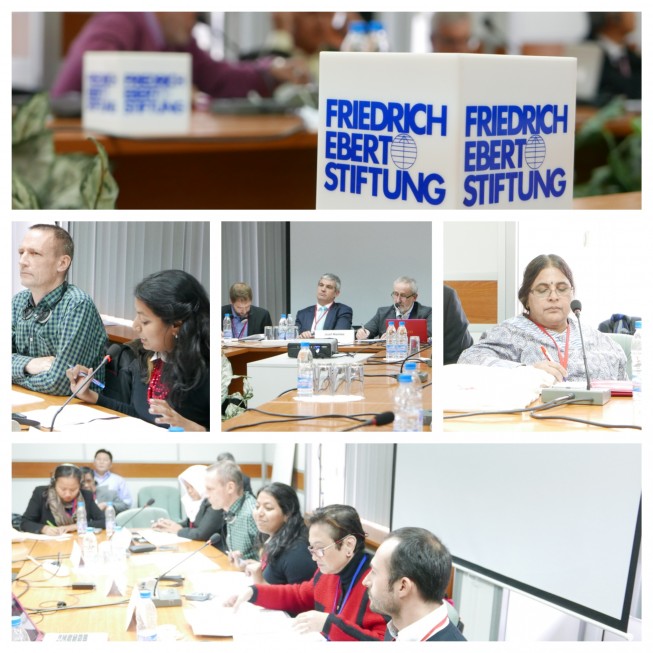 The AELF consists of trade union centres that engage the Asia-Europe Meeting (ASEM) process to make social justice and development central in the agenda of ASEM member countries. ASEM members consist of 51 countries as well as the EU and ASEAN.

The meeting assembled 70 participants and took place ahead of the 5th ASEM Labour and Employment Ministers’ Meeting (LEMC5). In addition, trade union representatives had the chance to discuss with ministers of ASEM countries during the 4th Social Partners’ Forum (SPF4). For the first time, the social partners were also able to deliver a joint message at the opening of the LEMC5. As a result, the ASEM Labour and Employment Ministers called in the conference declaration upon their heads of states to establish a formal relationship with the AELF within the ASEM process.

In three thematic sessions of the AELF participants discussed on persisting challenges and exchanged cases of best practices on three focus topics.

The panelists of the session on persisting youth unemployment discussed on the need of macro-economic policies to induce a demand-led exit to the problem of lack of jobs. The discussion was joined by a representative of the Ministry of Labour and Social Policy of Italy.

In a second panel – with the participation of a representative of the Federal Ministry of Labour and Social Affairs of Germany – challenges to ensure due diligence of businesses in global supply chains and on how to overcome precarious work including health and safety at the workplace were discussed. Germany made the topic of decent work in global supply chains a top priority during its G7 Presidency in 2015.

The session “Migrants’ Rights in an Unstable World” was chaired by the Asia-Europe Foundation (ASEF). It discussed the reasons of modern migration both in Asia and Europe and participants shared ideas that promote the effective protection of migrants’ rights and the promotion of migrants’ opportunities. The session included the presentation of the main outcomes of the report “A Triple Win in Migration: Ensuring Migrant Workers’ Rights to Protect All Workers” published by ASEF and FES. The discussion focused on vulnerabilities and the risk of exploitation faced by migrants. Against the background of crises, both disaster and conflict-caused, in Asia and Europe the discussant also touched upon the current major migratory flow into Europe.

The thematic discussions were continued jointly with employer representatives at the Social Partners’ Forum (SPF4) headed by Vice-Prime Minister of Bulgaria and Labour Minister, Mr Kalfin, and the European Commissioner for Employment, Ms Thyssen (Bulgaria and EU co-hosted the LEMC5).