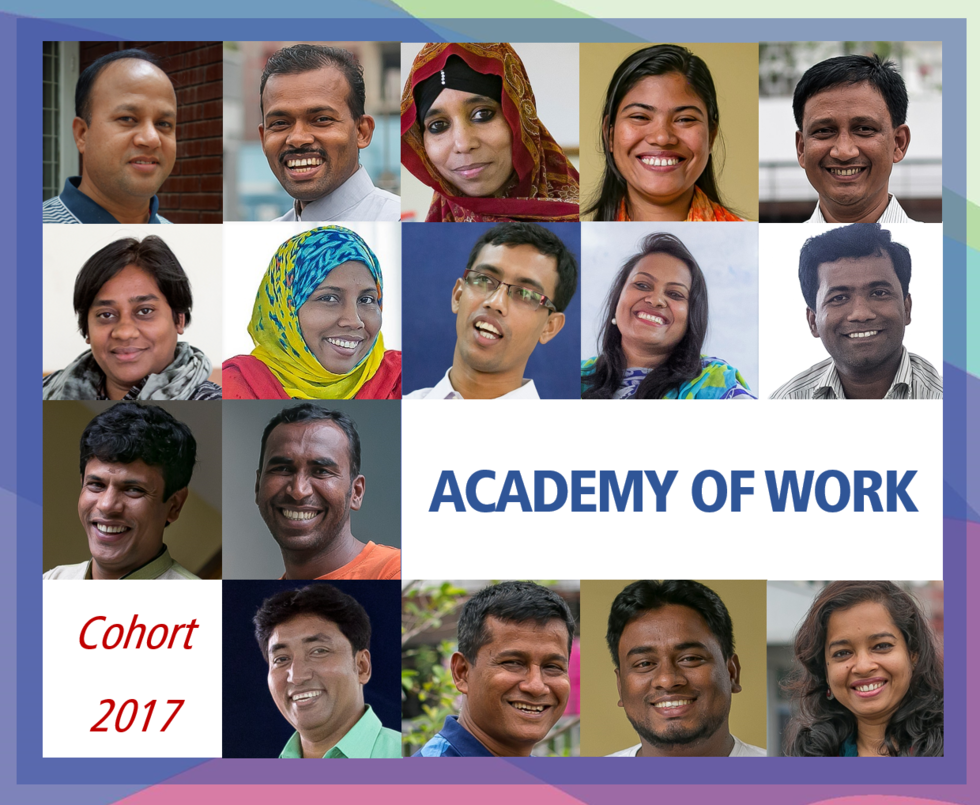 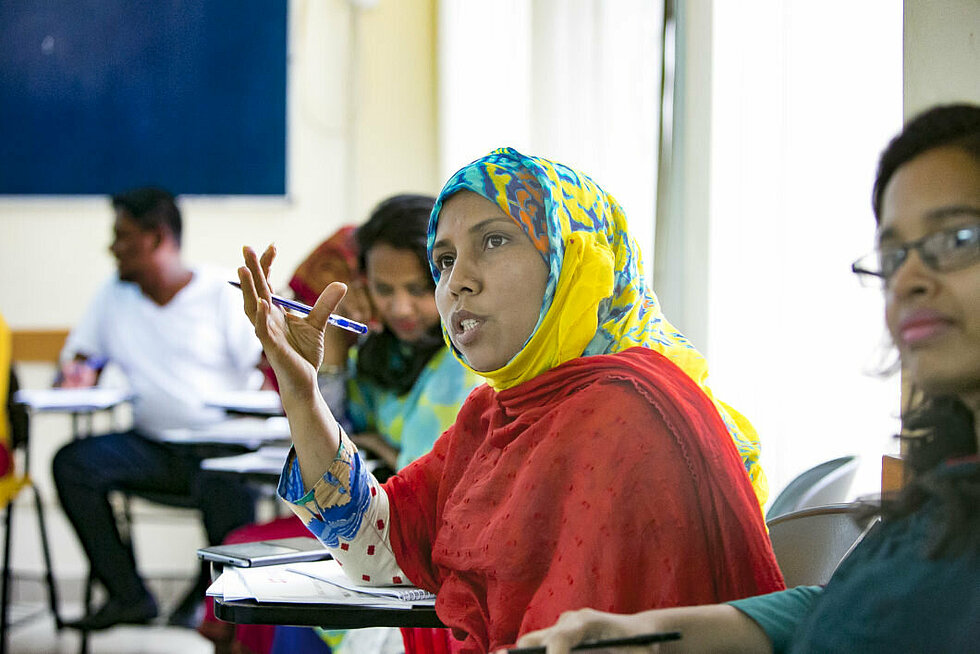 Photo: FES © Allison Sarah Joyce - Discussion among participants from the first 2017 cohort of the Academy of Work, Dhaka, April 2017 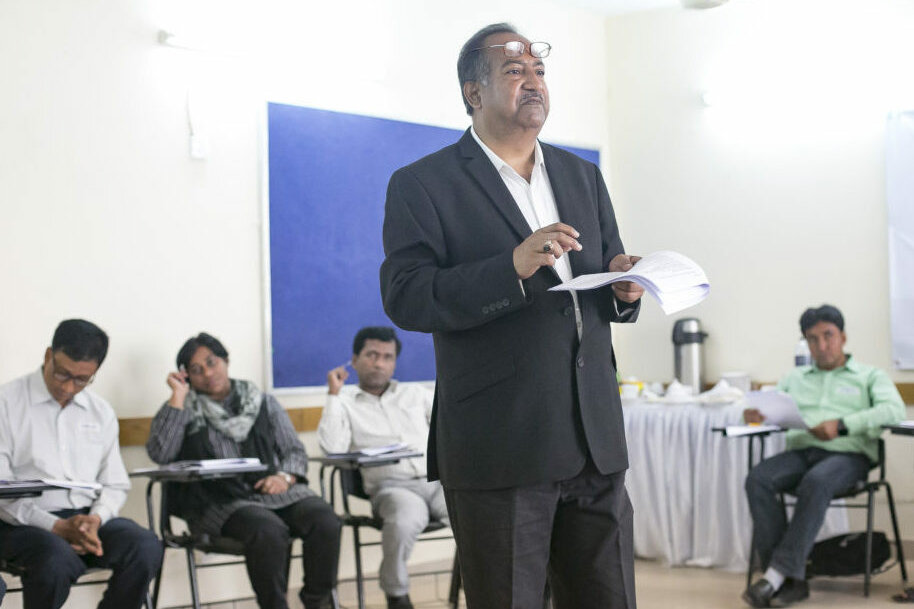 Many of the 2 million workers who join Bangladesh’s labour force each year are unaware of their rights and international trade context. This is in part due to 40 per cent of pupils nationwide leaving school after the fifth grade, with many migrating from rural areas to Dhaka in search of work. Most are poorly educated and unaware of workers’ rights, their position in the global supply chain, or the roles and responsibilities of international brands.

With the fourth anniversary of the Rana Plaza tragedy approaching, we are reminded yet again of the importance of constructive social partnerships and harmonious industrial relations, and what can happen in their absence.

To create an all-inclusive representation of workers’ interests and a more effective social dialogue, the Academy of Work (AoW) was launched today in the Bangladeshi capital. It was inaugurated by Michael Sommer, vice-chairman of Friedrich-Ebert-Stiftung and former President of the International Trade Union Confederation (ITUC) and the German Trade Union Confederation (DGB).

“The AoW is the very first initiative in Bangladesh that enables emerging young leaders from the trade union movement to participate in an intensive cross-sector 3-month training programme in the field of industrial relations, the economy and decent work in their very own language in Bangladesh’s capital Dhaka,” Michael Sommer said. Participants come from various sectors, such as the RMG, transport, construction and the public sector. “With this diversity we aim to strengthen a dialogue of trade unions across the sectors and strengthen the trade union movement itself,” Sommer added.

The idea for the AoW was put forward by the trade union movement itself.

“Since the Rana Plaza tragedy, there have been many initiatives to strengthen the trade union movement in Bangladesh,” said Syed Sultan Uddin Ahmmed, Executive Director of Bangladesh Institute of Labour Studies. “However, most of those were short-term training programmes whereas we needed a more comprehensive programme which would combine all relevant subjects and equip the trade unionists with the necessary knowledge to strengthen the movement. So, in a way the Academy has been a long-awaited dream of the trade union movement and I am very happy to see how the hard work of all the partners has materialized into turning that dream into reality.”

Franziska Korn, resident representative of Friedrich-Ebert-Stiftung in Bangladesh, stressed the importance of strong links to policy-makers. “In the long run the Academy will contribute to a functioning social dialogue between unions, employers and the Bangladeshi government. A functioning social dialogue relies on strong unions. Yet, unions are only strong, if they are well-equipped both internally and externally.” To that end, the AoW enables access to expert knowledge as well as hands-on expertise. “We also made sure that the Academy benefits from the employers’ and government’s expertise, who will both be involved in various sessions in the upcoming months,” Korn said.

The courses of the AoW include industrial relations and labour policies, globalisation and trade, global supply chain and workers’ rights, health and safety, project management, and leadership skills.

Dr. Sultan Hafeez Rahman, Executive Director of BRAC Institute of Governance and Development and BRAC University, stressed the importance of such a program having formal links with an academic institution. “It is vital for policy makers, employers and workers to understand the seminal importance of stability in industrial relations and organization,” stated Dr. Rahman. “Upgrading the worker-employer relationship will critically determine whether or not Bangladesh can continue to achieve the impressive successes of the past, and my institution is proud to be a part of such an important and timely initiative.”

“Certainly, decent work and economic growth in countries like Bangladesh can only be assured when all stakeholders work together and when countries like Germany, including the brands and buyers, do their homework, too,” Franziska Korn added.

The Academy’s success will be measured by how well it can connect with formal education relevant to the trade union movement, and transfer that into permanent learning for the labour force.

The first batch of graduates will receive their certificates in July this year. The next session is scheduled to start in early 2018. ###

Read more on the Academy of Work and why Friedrich-Ebert-Stiftung supports this work in an interview with Michael Sommer, deputy chairman of FES and former longstanding chairman of the German Trade Union Confederation (DGB). Versions in German and English. 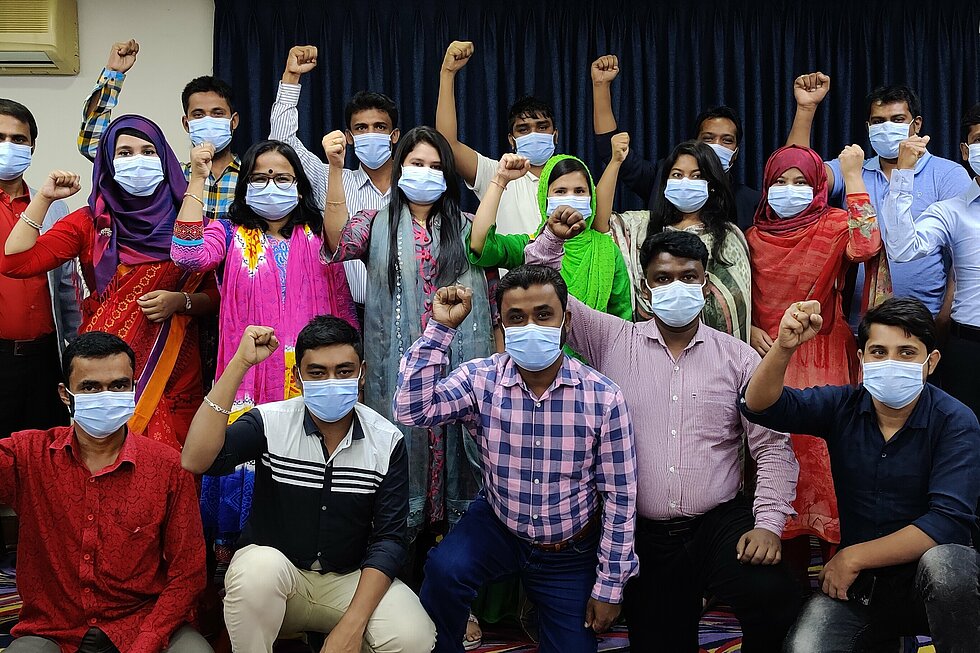 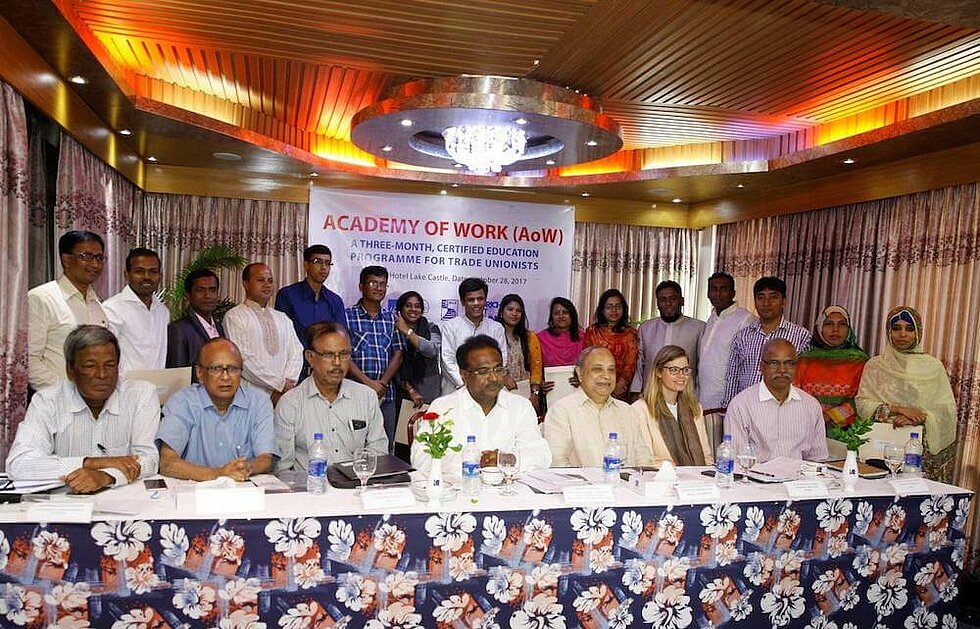 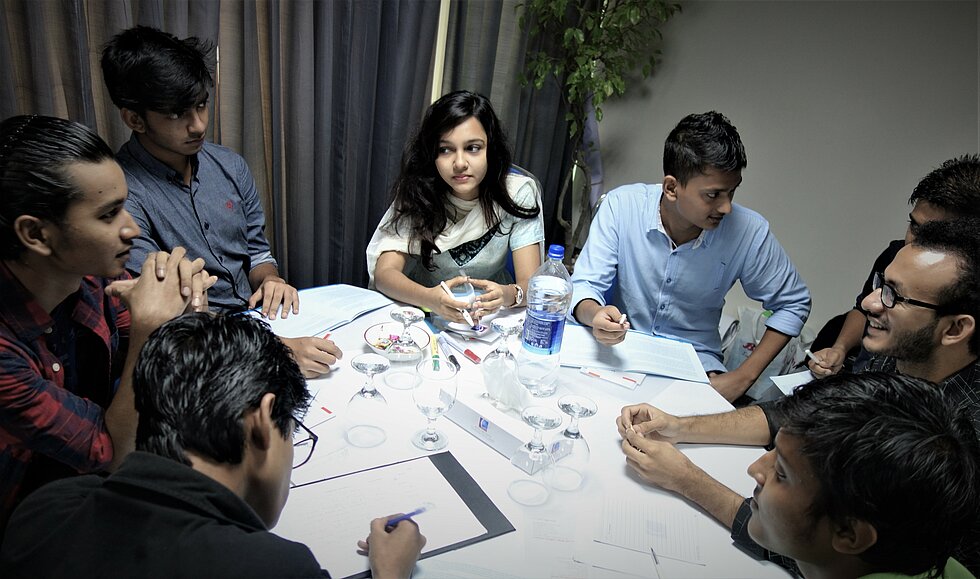