China’s recent commitment to reaching carbon neutrality by 2060 sends a powerful message, not only about what the country thinks it can achieve with... More

An analysis by Syed Marwan, Ikmal Nordin and Ng Ming Yang on the socio-economic impact of COVID-19 and reform of social protection in Malaysia. More

China’s recent commitment to reaching carbon neutrality by 2060 sends a powerful message, not only about what the country thinks it can achieve with its own development, but also about the leading role it intends to play in a changing world of energy transition. 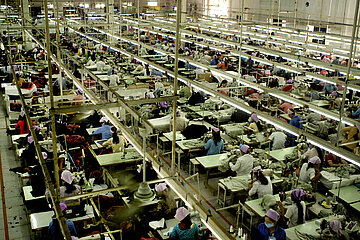 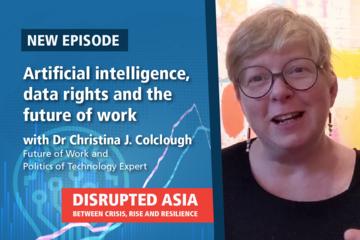 Together with Christina Colclough, we talk about algorithmic decision-making and ways forward for the labour movement in the Asia-Pacific region.

We work on social democracy, the economy of tomorrow, gender and social justice, trade and social dialogue, peace and security, and climate change and energy across the Asia-Pacific region. 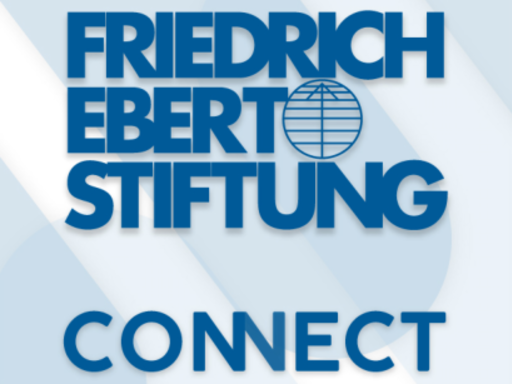 The FES Connect portal sources and shares the most compelling debates and stories published across the international network of FES. More 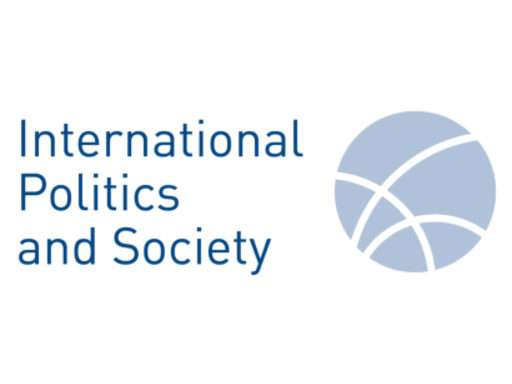 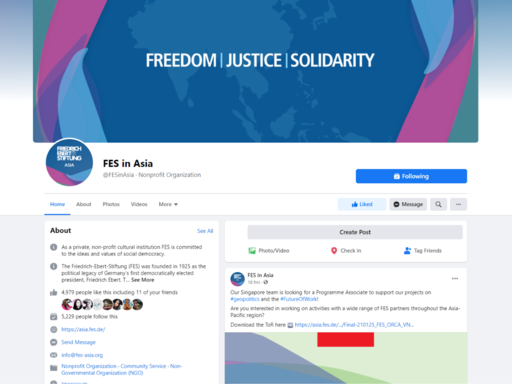 The regional platform of FES offices in Asia. Bringing you news, briefings and events from Kabul to Manila, and from Ulaanbaatar to Jakarta. 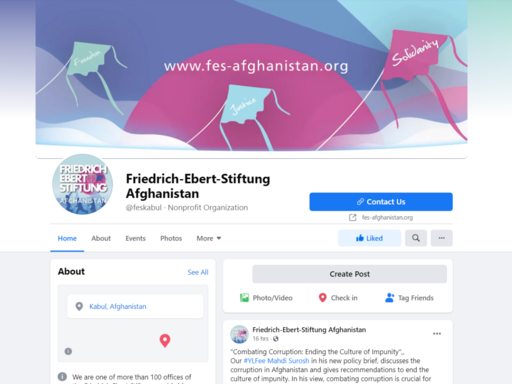 A constructive dialogue between civil society and state actors, peaceful conflict resolution as well as women and youth empowerment are core areas of our work in Kabul since 2002. 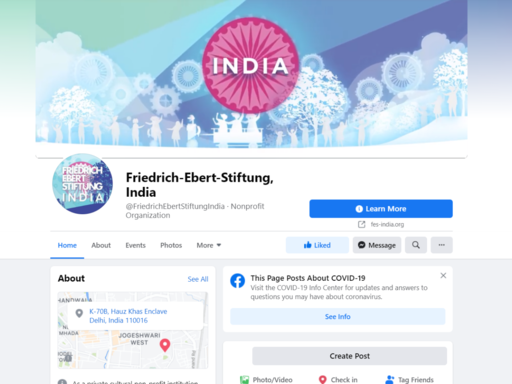 Since 1981, the FES Delhi office is working on women, gender and youth equality, labour rights as well as a socially balanced economy. Explore what FES has achieved here so far. 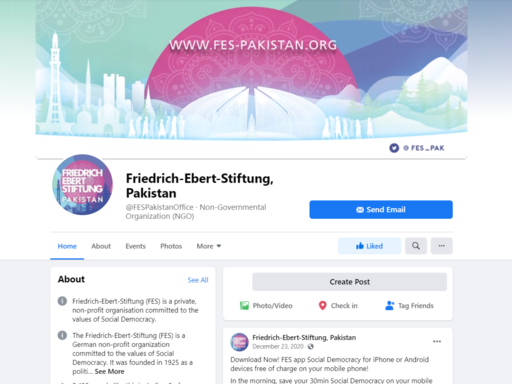 Explore the work of our Islamabad office on women and youth empowerment, the promotion of democracy and a socially just economy. FES Pakistan has functioned as a catalyst in the country and region since the 1980s. 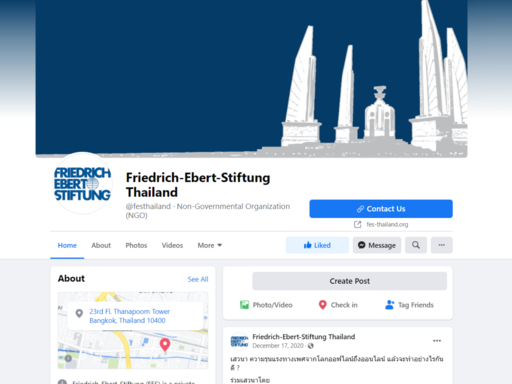 Social justice and an active civil society are key aims of our work in Thailand. Since 1970, our Bangkok office has supported the democratization process and democratic actors. 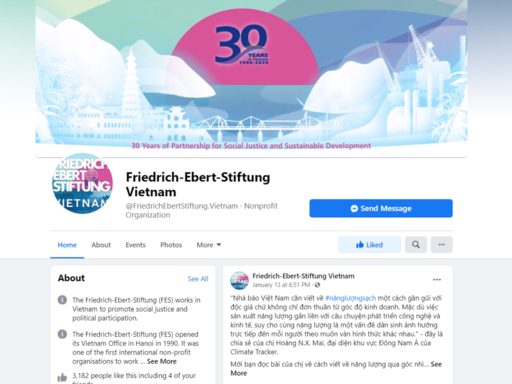 Among the first NGOs in Vietnam, FES is supporting the renovation process known as Doi moi since 1990. The promotion of social justice and political participation are key areas in this relation. 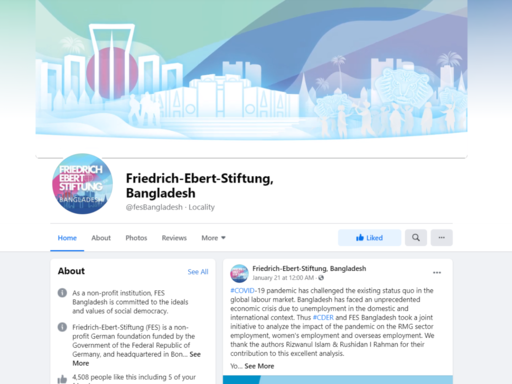 In 2014, FES officially opened its office in Dhaka. Together with partners, we facilitate inclusive dialogues on social justice with a focus on labour rights, sustainable development and international cooperation. Sustainability, social transformation in the city and the welfare state – those are the areas our office in Jakarta has been working on since 1968. Albeit success in these fields, challenges remain to this day. 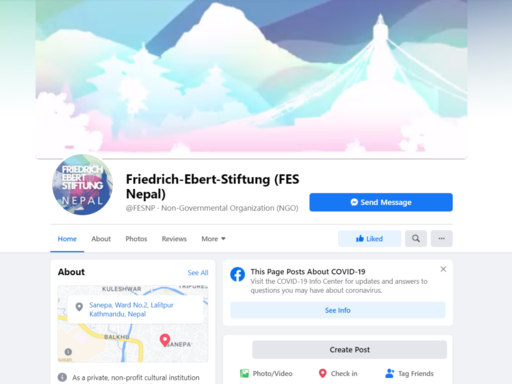 How can democratic political institutions and an active civil society be fostered in Nepal? This is one question the FES office has been working on in different projects since 1994. 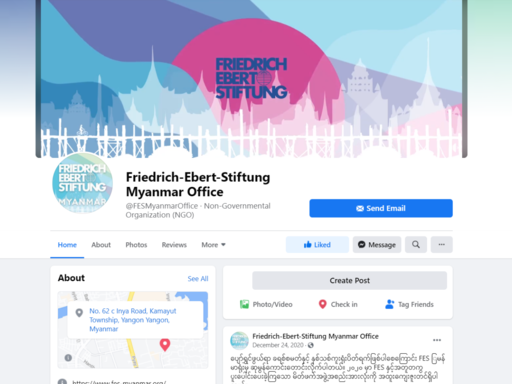 In Myanmar, country that has experienced over 50 years of military rule, FES promotes an inclusive and participatory reform process. A socially just society and enhanced peace and cooperation are core values of our mission. 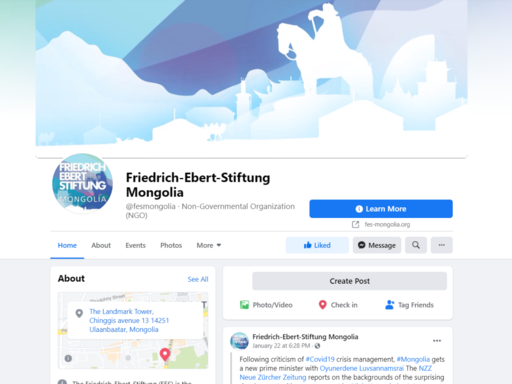 With more than 20 years since it first started to work in Mongolia, Friedrich-Ebert-Stiftung from its office in Ulaanbaatar supports partners in promoting social democracy, gender equality and a just society. 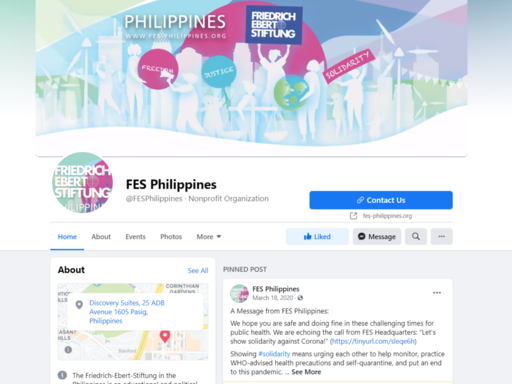 In the Philippines since 1964, we promote democracy and work to strengthen the social and ecological dimensions of economic development through education, research, political dialogue, and international cooperation.