Most ASEAN countries are rather reluctant to choose sides in the intensifying geopolitical rivalry between China and the United States. There is a concern among a number of Southeast Asian nations that AUKUS will now intensify the elements of great power competition. Dr Yeo Lay Hwee, Director of the EU Centre in Singapore and Council Secretary at the Singapore Institute of International Affairs, shares her insights on the nuanced reception and perspective from Singapore and the region in this interview with FES Asia.

AUKUS reflects the new reality that the US is no longer willing to underwrite on its own the bill of being a “global sheriff”. It will be increasingly leaning on its allies to do more for regional security and global challenges. Existing security frameworks from the ASEAN Regional Forum to the ASEAN Defence Ministers Meeting Plus will not be completely sidelined, but AUKUS will likely become one of America’s main instruments in terms of signalling its intentions in the maritime domain to China. ASEAN centrality is significantly challenged and unless ASEAN members can agree to work in concert with other dialogue partners such as Japan, South Korea or the EU in the region to perhaps rejuvenate existing ASEAN-led security frameworks, its regional role could be diminished. ASEAN countries need to find a new narrative and focus on working with other development partners in the region to foster a vision of connecting the Indian and Pacific oceans by prioritizing, first and foremost, the connectivity agenda.

The release of the EU’s Indo-Pacific strategy was completely overshadowed by the news of the new defence alliance between Australia, the UK und US. International and regional media was abuzz about AUKUS and not the 17-page EU strategy. It was obvious that the EU had been caught off guard by the announcement. Brussels should see this as a wake-up call to establish itself as a truly independent actor and step up its comprehensive engagement with the Indo-Pacific region. The EU can no longer be complacent and must seriously put into action the many priorities that it has identified in its strategy. A long-term commitment and collaborative approach would be welcomed by many partners in the region. The European Union’s identity as a comprehensive security actor – one that sees security not only in military terms but places human security and development at its core – should be emphasized. Priorities in the areas of green transition, ocean governance, digital governance, connectivity and multilateralism should be spelled out further and partners actively invited to help realize the vision of a dynamic and peaceful Indo-Pacific region.

What is the dominant perspective from Singapore and how do other key ASEAN stakeholders view the development?

While most ASEAN countries welcome a counterweight to China’s growing presence and assertiveness in the region, it is not clear that they all welcome AUKUS. ASEAN members such as Indonesia and Malaysia have expressed deep concern over the continued arms race and power projection in the region. Others, like the Philippines, were more positive about the deal. Singapore, which is also a party to the Five Power Defence Arrangements (FPDA) with the UK, Australia, Malaysia and New Zealand, generally has to perform a delicate balancing act between the two global superpowers, as do all countries in the region. AUKUS is set to strengthen the weight of Australia and perhaps even give it the role of a “deputy sheriff” on behalf of the United States in the region. Most countries in Southeast Asia do not want to choose sides in the ever-intensifying geopolitical competition. That said, concerns are growing about what it would mean for ASEAN should there be a situation – possibly sooner rather than later – that would require taking a stance.

AUKUS and the disappointment with how the US has treated France in particular will probably lead to Germany working even more closely with its EU partners in the future to have a European position on their own and strengthen European sovereignty. Bilaterally, I would assume that Germany will continue to rely primarily on its economic statecraft to achieve foreign policy goals. The future German government, which we understand will likely be a coalition of three parties with different views on foreign affairs, will have to perform a balancing act between value- and interest-driven policies, particularly in the complex geopolitics of Southeast Asia. One would hope that the AUKUS shock will lead to more robust discussions and determination for the EU to build a credible posture of its own. The role of Germany in this would of course be crucial. I wonder, though, how many resources Germany can really commit to the Indo-Pacific region, knowing that the challenges in its immediate European and Eurasian neighbourhood take priority. In the end, I would think that Germany will continue to be a normative, economic and technological power in our part of the world.

Dr Yeo Lay Hwee is the Director of the European Union Centre in Singapore and Council Secretary at the Singapore Institute of International Affairs. She is also a member of the FES Asia Strategic Foresight Group. 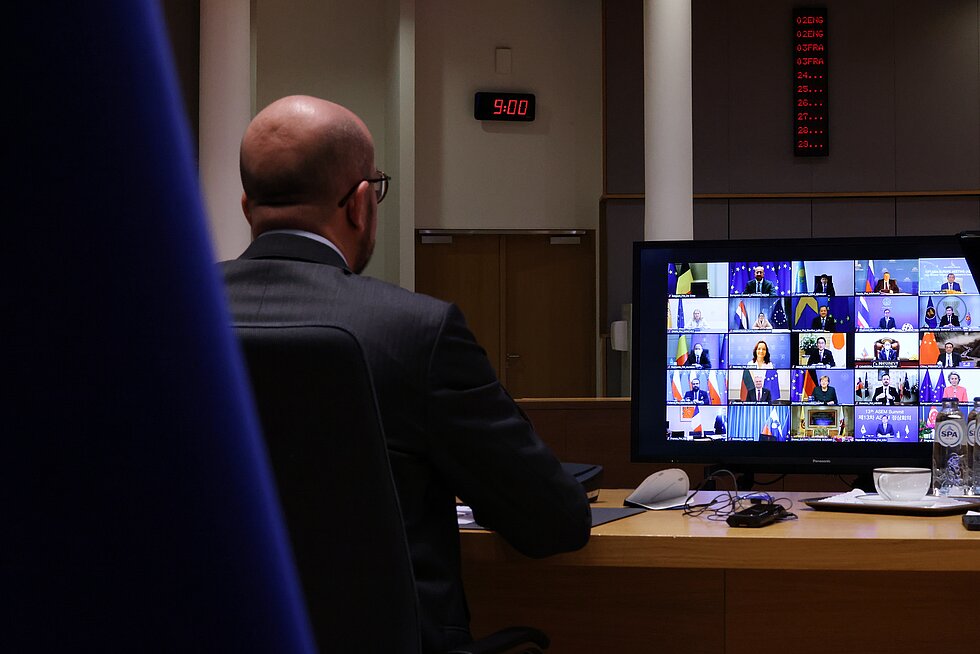 The COVID-19 pandemic has been eroding multilateralism and connectivity; principles that are needed the most to ensure a rapid and just recovery.… 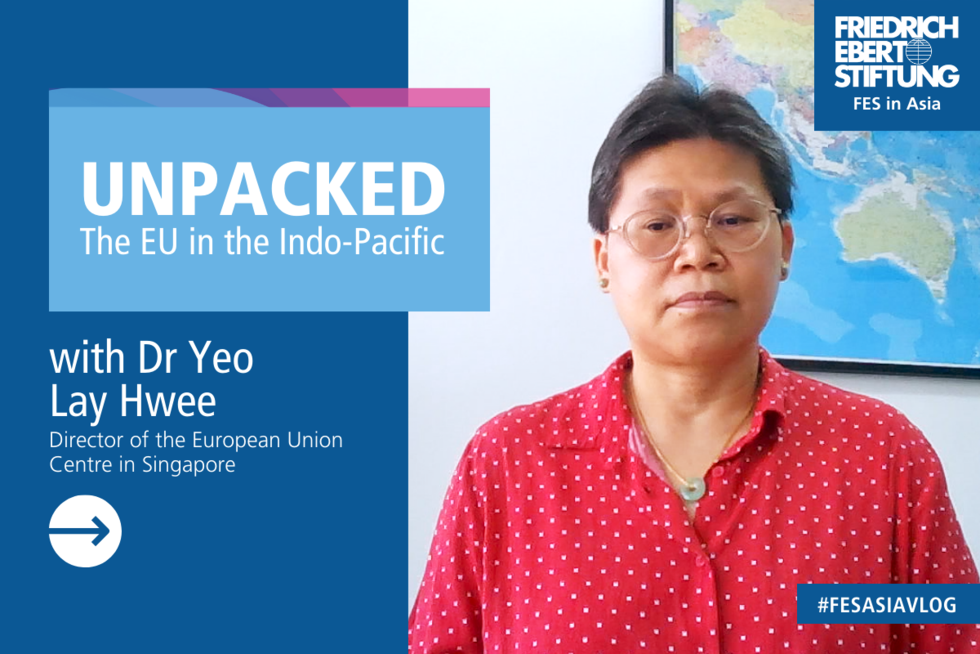 Singapore and the EU enjoy a strong partnership on several fronts, including on the economic front as well as in promoting multilateralism. Dr Yeo Lay…