The Fourth Industrial Revolution is opening a new era of high-level automation, forecasted to have a great impact on employment and the skills of workers, especially in labour-intensive industries. Supporting the sustainable socio-economic development process in Vietnam since 1990, Friedrich-Ebert-Stiftung (FES) spoke with labour expert Dr Phạm Thị Thu Lan about the results of her research into automation in the garment and footwear industries in Vietnam and her assessment of the risks that workers will face in the next five to ten years.

Increased automation in the garment industry is already a widely discussed topic. Why is it still important to look at it in more depth?

Dr Pham Thi Thu Lan: Each industrial revolution has been a step further in the automation process. From the first to the third industrial revolution, automation enabled manual labour to be replaced by machines. Nevertheless, machines only competed with humans in terms of physical capability, while at the same time generating the need for brainwork – which requires cognitive capability. Human’s awareness and thinking are what machines could not replace. For instance, weaving started with manual labour, before being carried out by machines manoeuvred with legs, then subsequently by water jet looms, power looms, and now by computer-/software-controlled looms – but throughout all these stages of automation humans have still been needed to manoeuvre the machines, to design the products or the decorative patterns, and to check for product errors. The assumption was that only human beings can learn from and communicate with each other, understand each other’s feelings in order to design products that could satiate each other’s needs.

The Fourth Industrial Revolution has been a revolutionary breakthrough in relation to automation, because now automation doesn’t only take away manual labour, but also most of humans’ cognitive work. Sensor technology, machine learning, artificial intelligence; they have all allowed machines to be able to create products that could satisfy the needs of each individual. A great deal of brainwork can now be carried out by machines, so if technology is given free rein to develop, jobs for humans will not disappear entirely, but certain categories of jobs will be largely automated and may disappear altogether one day.

We need to consider this matter in depth, since technology can greatly impact upon human beings, both positively and negatively. In the garment and footwear industries, while the advantage of manual labour still exceeds the costs associated with technology, technology might well be utilised to manage workers so as to increase productivity and management efficiency. CCTVs might be installed everywhere to monitor aptitude, attitude, and behaviours of workers. In some countries, there are even businesses that equip gloves and labour clothing items with a chip to monitor manoeuvring and progress of the work in order to improve technology, but also to monitor the individual aptitude of each worker. The right to personal freedom is sacrificed over the use of technology. Personal data on work capability, attitude and behaviours of workers are all stored, leading to the controlling of workers through personal data, which could be used to threaten workers if they want to leave or confront the business. This creates a new kind of work pressure and stress for workers. Personal data can even be commodified and sold by businesses for profits.

In your research on automation in the footwear industry, you put forth suggestions to the government, businesses, trade unions and workers. Between the elements you suggested, which one do you think needs prioritising in order to support workers who are faced with automation?

Dr Pham Thi Thu Lan: It’s difficult to find one single solution that could resolve this matter. The garment and footwear industries are both labour-intensive, and according to research findings the prospect of automation will increase within the next five to ten years. Nevertheless, predictions on the development prospects of these industries means that job losses will not yet occur. Workers laid off from automated processes might be transferred to sections of the businesses that are expanded. Having said that, a greater risk has to do with what happens later, since labour’s cost advantage over technology will still encourage businesses to hire more workers for business expansion, rather than investing in automation at a higher level. Higher unemployment could occur when technology costs start decreasing and businesses turn to investing more in automation. As such, priority should be given to the implementation of double policies, including: lowering stimulus that results from low-cost labour (by increasing salaries and reducing work hours) so as to encourage technology transfers accompanied by support and training to enable workers to acquire new skillsets – all of which aiming at gradual and sustainable transformations. The changes need to focus on sustainable development, because the risks of automation have showed that the use of cheap labour hasn’t been sustainable or socially responsible. The moment workers stop working, they won’t have any income or savings, having to depend on the support of communities and the society. COVID-19 should be seen as a warning against the path that’s been taken, and an opportunity to lower the intensives for cheap labour in exporting manufacturing industries.

Through the two research pieces carried out in the garment and footwear industries, how would you evaluate the near future of Vietnamese workers faced with the prospect of automation?

Dr Pham Thi Thu Lan: If the thinking doesn’t change toward the implementation of double policies as mentioned above, then in the near future most Vietnamese workers in the garment and footwear industries would still need to laboriously make their living through doing menial tasks, faced with the risk of unemployment without preparation and a social safety net. Survey findings have shown that the skill sets in the Fourth Industrial Revolution – when new machines and technological equipment are used – vastly differ from what workers currently possess, especially in relation to requirements of multi-skill sets: not only in terms of professional know-how, but also computer skills, language skills and systematic thinking the likes of criticality, creativity, systematic problem-solving, etc. Most of those working in garment and footwear industries currently are unskilled, and the training needed for new skills – at an advanced level – isn’t easy. For now, the training of labour undertaken by businesses mostly involves the skills needed for the present, as opposed to what might be needed for the future. A decision to adapt new technology can be immediately realised, and so is the purchase and installing of the said technology; and yet training takes time. Looking from a worker’s perspective, this will be a huge challenge if they are not prepared.

Dr Phạm Thị Thu Lan is Deputy Chief of the Institute for Workers and Trade Unions and a labour expert who has been working with the Vietnam General Confederation of Labour (VGCL) for more than 20 years. 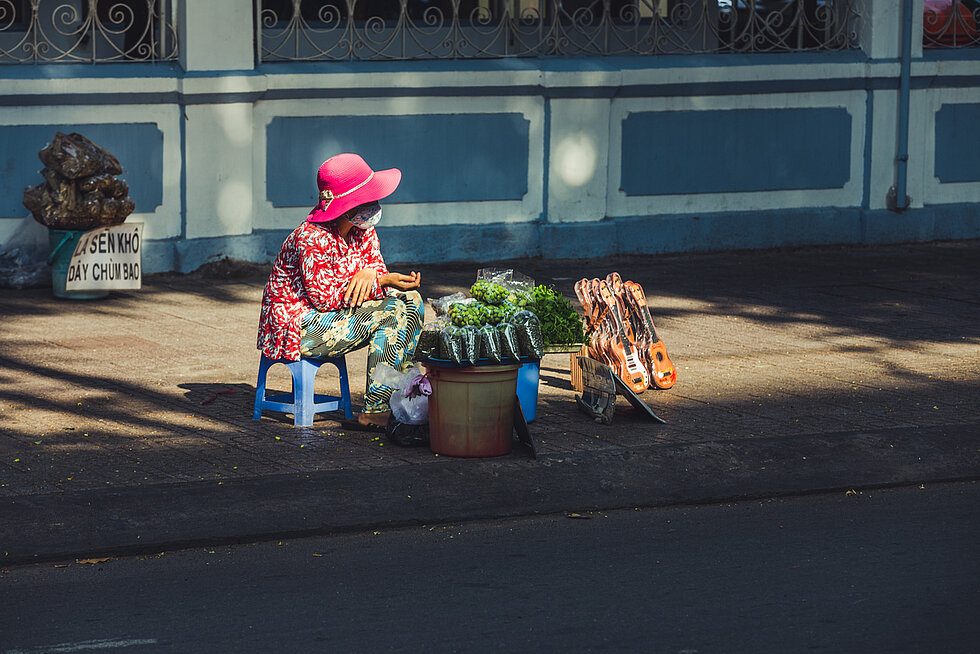 Vietnam has made great efforts in providing a comprehensive legal framework to protect women's and children's rights. But violence against women and… 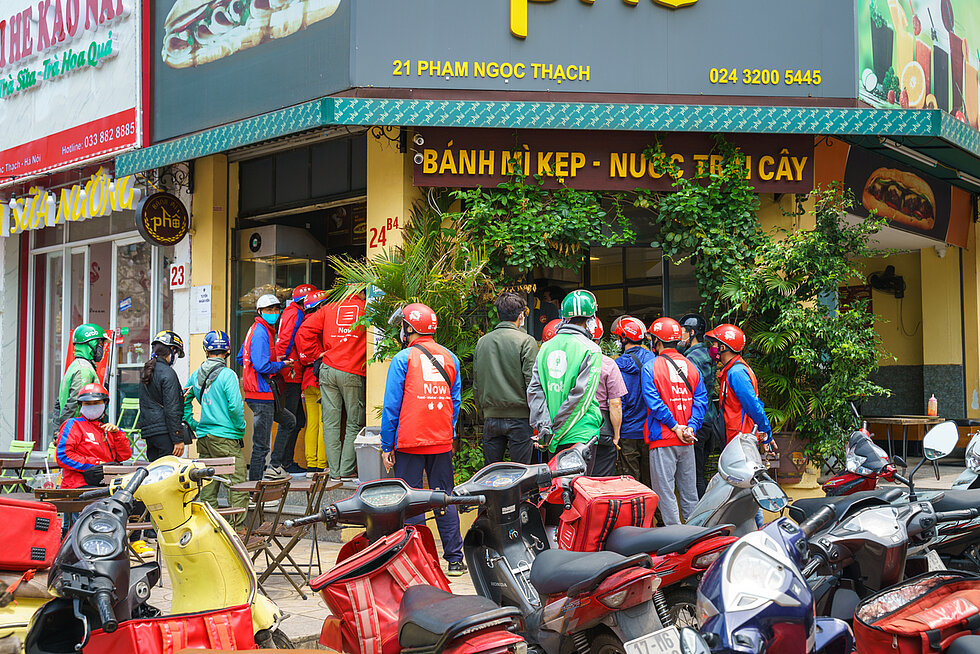 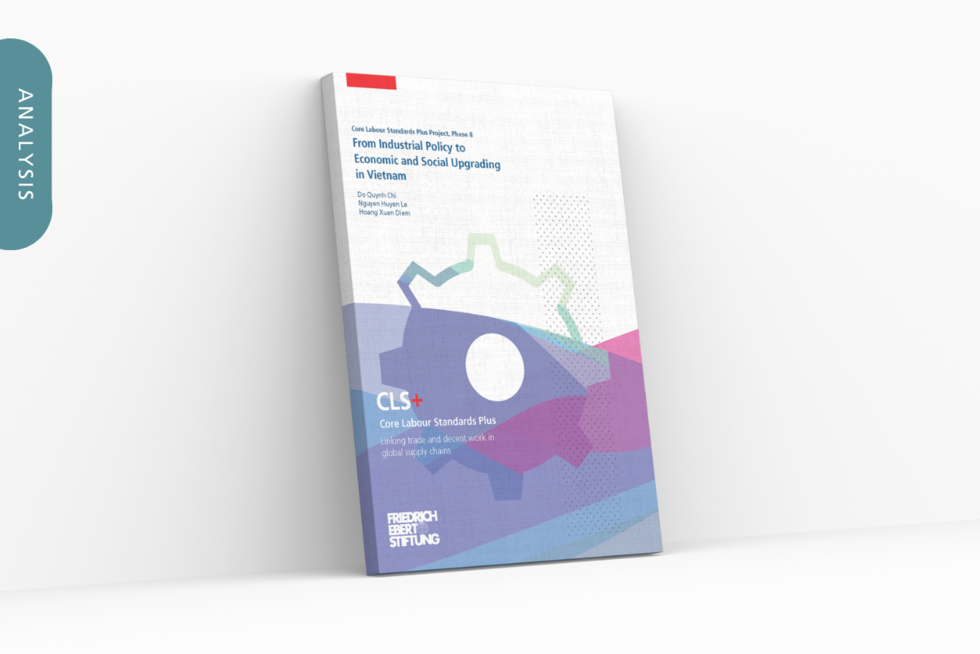 From industrial policy to economic and social upgrading in Vietnam

An analysis of the effects of industrial policies and tangible policy recommendations for decision-makers. 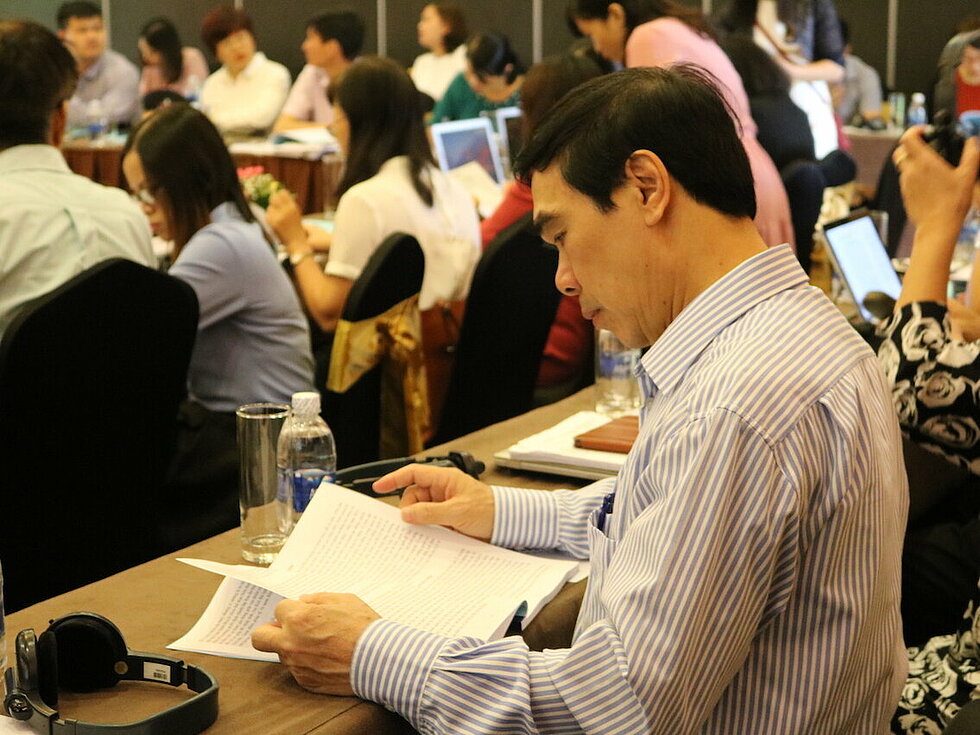 The ongoing revision of Vietnam’s Labour Code is an opportunity to ensure workers’ rights are better protected in the economy of the 21st Century.