Shanghai (China) – A Chinese-German symposium about the field of tensions between economic innovation and personal rights in the era of big data, jointly organized by Friedrich-Ebert-Stiftung (FES) in Shanghai and the Shanghai Institute of Administrative Law. 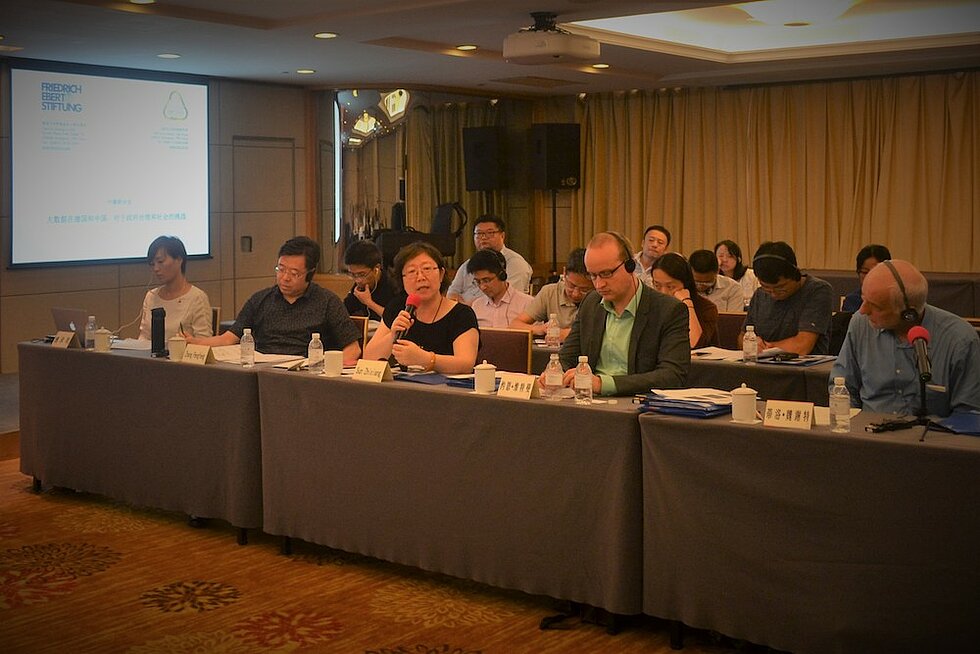 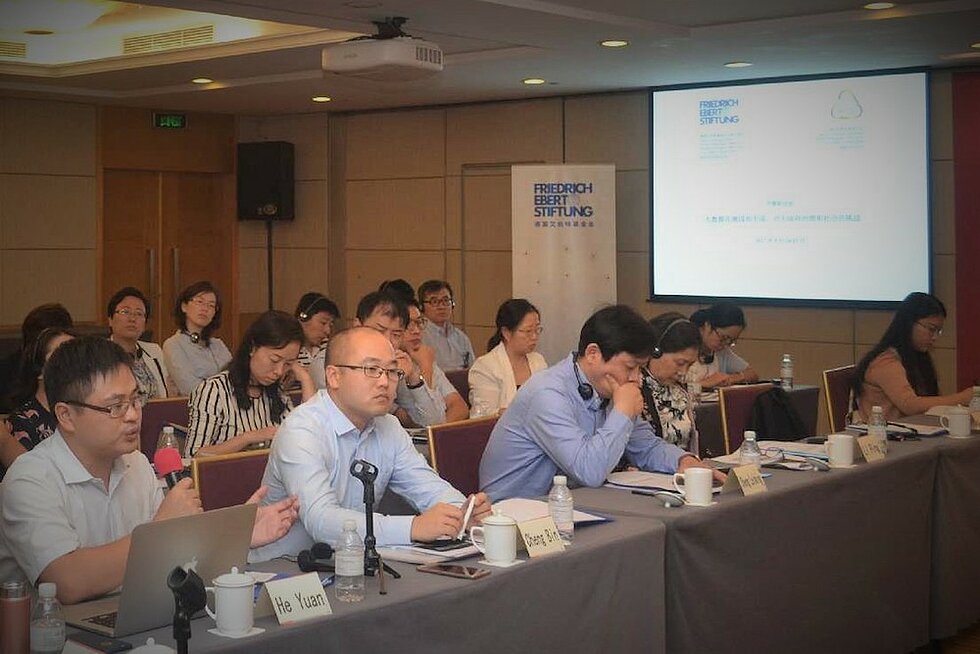 "In the era of Big Data, everything is changing", in the words of Liu Peixin, Deputy Director at Shanghai Institute of Administrative Law. With the advent of the digital revolution, the amount of data increases exponentially and offers new possibilities for public and private actors to collect, analyse and to make use of this data. But what does this mean for governance and the society? And how can governments ensure public goods such as privacy rights?

Three German experts on data protection came together with renowned law scholars and members of the Shanghai Institute of Administrative law to discuss the opportunities and challenges this new era holds.

Big Data is an extremely large accumulation of data that may be analysed to reveal patterns and trends, in particular relating to human behaviour. The conference kicked-off with presentations that outlined both, its positive and problematic characteristics. Big Data, noted He Yuan, Professor at Shanghai Jiaotong University, can have a supportive effect in a wide range of areas, for example in health care by predicting flu epidemics. Moreover, the usage of Big Data increases the innovative capability of the economy, inter alia through new means of market analysis.

"Without Big Data, societal development is not possible." – He Yuan

Approaching Big Data from a different angle, Alexander Sander, Director of Digitale Gesellschaft (Digital Society), hinted at not negligible problems. Among other things, one of the most worrying dangers is in the fault-prone nature of data correlation: Big Data is vulnerable to false conclusions about individuals’ behaviour. For example, it is erroneous to assume from the correlation between ice-cream consumption and sunburn that one causes the other. The increasing collection and usage of personal data can also restrict fundamental individual rights, creating a field of tension between data pooling and privacy.

"In times of Big Data, it is important that there is a place in which you are alone, which gives you the possibility to develop and let out your ideas and arguments." – Alexander Sander

Thilo Weichert, board member of the German Association for Data Protection, and Jörn Wittmann, Director of Self-Regulation Information Technology, explained the basic principles governing the use of data in Germany and the European Union, which include earmarking, transparency and data minimization. Weichert and Mr. Wittmann both emphasized how these principles allow the disclosure of collected data and enable to correct possible faults.

One of the principal focus of the conference was the development of the Social Credit System in China, which aims to foster humanitarian behaviour within the society. This system aims to score each citizen on the basis of their social, economic and professional conduct. The total points determine the credibility score, and the individual receives benefits or sanctions accordingly. The three German experts all pointed out the problematic nature of this system and its potential negative effects on social cohesion. If an individual person orients his life and deeds according to a system of reward and punishment in order to score as high as possible, it might result in serious repercussions, such as an extreme level of individualization and a strong fragmentation of the society.

Liu Ping, Deputy Director at the Shanghai Institute of Administrative Law, outlined the first proposals on the development of this Social Credit System. He mentioned that transparency is an important guideline, wherefore the legal framework as well as the possible consequences of each score will be publicly available. The discussion was continued during a field trip to the “Shanghai Public Credit Information Centre”, where Chinese experts introduced the Social Credit System in more detail.

During the conference, it became clear that Big Data as a cross-national phenomenon requires multilateral exchanges to find adequate responses to the various challenges that are posed. ###

Arthur Tarnowski is program manager at FES Shanghai. For more information on the work by FES in China visit www.fes-china.org/en/ and contact one of the two representative offices in the country located in Shanghai and Beijing.