Petra Dünhaupt and Hansjörg Herr explore the complicated interaction between industrial policy and the constraint of an ever-tighter corset of rules under the World Trade Organization, free trade agreements and bilateral investment agreements.

Industrial policies have experienced a solid revival over the past years: From China’s USD 1 trillion Belt and Road Initiative to government investments in domestic tech hubs in Pakistan to automotive industry clustering in Indonesia – industrial policy is alive and well. Petra Dünhaupt and Hansjörg Herr analyse in detail the need and feasibility of promising industrial policy strategies especially for countries that are in the process of a catching up economically.

As the stimulus and rescue packages for the global COVID-19 economic crisis shift from immediate emergency measures toward structural economic support for domestic industries, the topic of industrial policies will become one of the defining questions. If economic upgrading is linked with social upgrading, successful industrial policies are a promising road to a more sustainable economy as well as a resilient society.

At the same time, we see a fast-growing number of free trade agreements: After years of negotiations, the European Union’s trade deals with Vietnam, Singapore and Japan are now in force, trade agreements with Australia and New Zealand are on their way and the forthcoming Regional Comprehensive Economic Partnership (RCEP) will shape the future of trade in the Asia-Pacific region.

And with that come restrictions for policy makers: Many investment agreements contain non-discrimination provisions. Where the principle of national treatment applies to one sector, the government is no longer able to promote specifically domestic firms, for example, through tax relief. The idea of infant-industry protection in the case of economies of scale or technological backwardness is that the state promotes and protects domestic industries or firms from foreign competition until they are “grown up” and become internationally competitive – non-discrimination provisions often prohibit these crucial protection measures.

As part of the Friedrich-Ebert-Stiftung Asia regional project series Core Labour Standards Plus this study demonstrates how certain provisions in free trade agreements and investment protection treaties can curtail the range of options of future political choices. Furthermore, it supports decision makers to bridge the divide between the politically desirable industrial policy and what is legally possible under binding treaties. It helps them in answering the question of how to implement their industrial development goals. 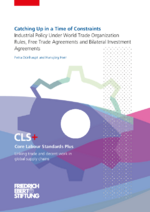 Catching up in a time of constraints

The right industrial policies can stimulate economic and social upgrading

Developing countries must do more than boost exports if they hope to improve workers’ lives. But which industrial policies have proven best at… 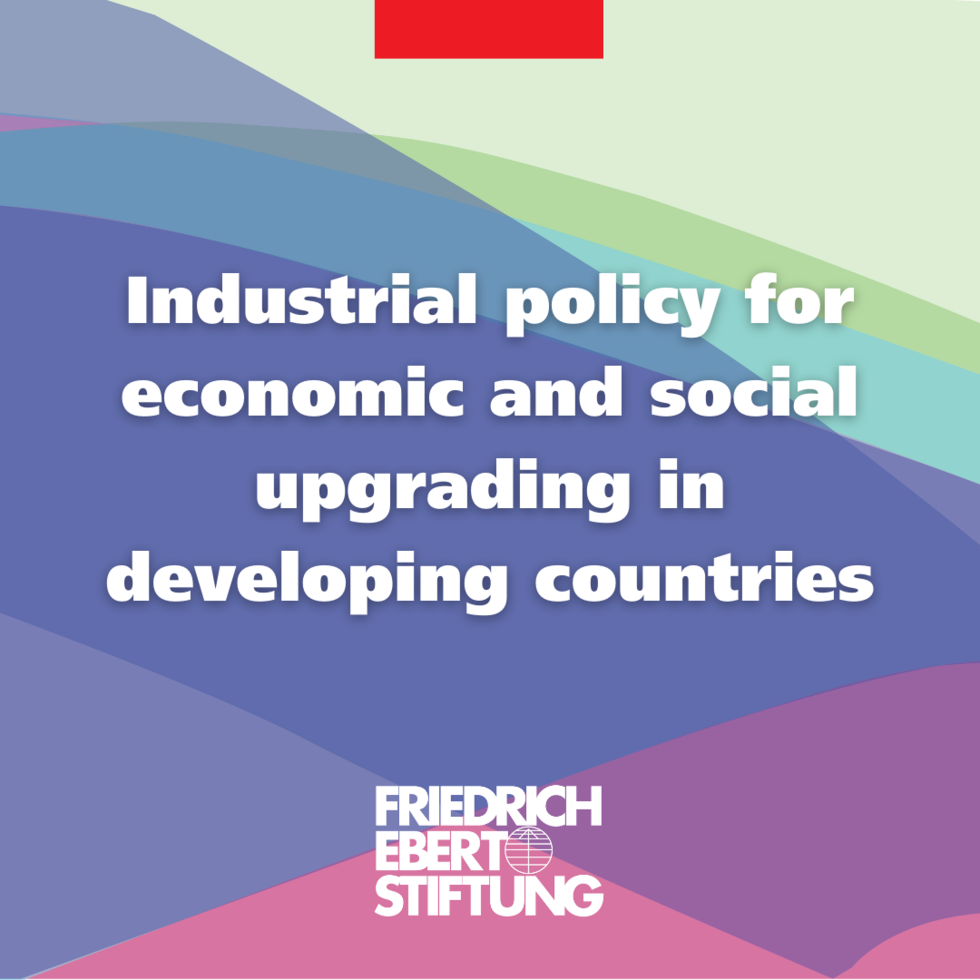 Industrial Policy for Economic and Social Upgrading in Developing Countries