Every year, FES India and its partners working on gender equality and social justice meet to explore a thematic issue related to the joint engagements and the shared objective of fostering a just and equal society. Around 20 participants representing eight partner organizations and experts came together on August 29-30 to discuss emerging concerns on the topics feminism and the future of work.

In the fast-changing world of work, transformations driven by technology and automation are generating new forms of employment. In such interesting times it is useful to take a deep dive into unpaid and paid care work and assess its relationship with the changing world of work. Existing gender inequalities in households and in the labour market cannot be delinked from care work. How are these challenges affecting the workforce, especially the women?

To exercise out-of-the-box thinking, the group used an alternative medium of visual documentation. The partners’ presentations were captured in the form of cartoon  strips and comics. This process was facilitated by Sharad Sharma of World Comics Network.

Here are a few illustrations capturing the conversations and presentations.

Patrick Ruether, Director of the FES India Office, throws open a few questions and concerns on Future of Work conundrums. FES is introducing new discourses on creating meaningful livelihoods in the wake of digitalization and automation in the world of work.

An illustration on political and social developments in the state of Tamil Nadu as presented by V Balakrishnan from the Centre for Women's Development and Research. The state is experiencing a shift in its political scenario after the death of its two prominent political leaders viz., Jayalalithaa and Karunanidhi.

Artwork depicting issues around automation and job loss from a gendered perspective by Nandini Chami from IT for Change, working in Karnataka.

Story-board from the Social Centre for Rural Initiative and Advancement (SCRIA), an organization working in Haryana on strengthening local governance. Sunder Lal from SCRIA presented the current challenges that the agrarian state is facing.

Graphic documentation of development issues as portrayed by Niranjan Sharma, representing the Social Action for Human Resource Development from Rajasthan. With elections around corner, a range of social-welfare schemes are being implemented, benefitting the marginalized groups.

Visual articulation of the social and political changes as experienced in the state of Karnataka, presented by Gururaja Budhya from the Urban Research Centre. Women’s access to and control over technology remains a major area of concern.

Illustration from Vacha Trust, an organization working in Maharashtra on gender issues with a specific focus on raising the awareness of gender dynamics among adolescent girls and boys. Nishchint Hora from Vacha talked about the gender angle within education, jobs and health, which all need immediate policy attention.

Story-board from the presentation by feminist and academic Vibhuti Patel, on social, economic and political developments currently under discussion in the country, focusing on citizenship and rights.

Artwork representing issues raised by Parul Sethi from WomenPowerConnect, a networking organization based in New Delhi that has been in the forefront of advocacy for implementation of the Women’s Reservation Bill in India.

A recap and collection of FES partners’ work highlights, illustrating a range of themes and topics.

Visual documentation of the deliberations that took place during the input session titled Innovations in Care –New Concepts, Actors and Policies. An overview from the Global South was provided by Cäcilie Schildberg from FES Berlin. Patrick Ruether, Director of the FES India office talked about challenges of work, and Vibhuti Patel from Tata Institute of Social Sciences Mumbai gave a South Asian perspective on care work.

FES India re-iterates its commitment towards creating safe working places for both men and women and gave an update on the FES Internal Committee on Sexual Harassment at Workplace. FES India has been working on the issue with partners before the relevant law came into force in India in 2013.

This last illustration outlines the merits of using art in political communication, using simple language for bringing about social change. 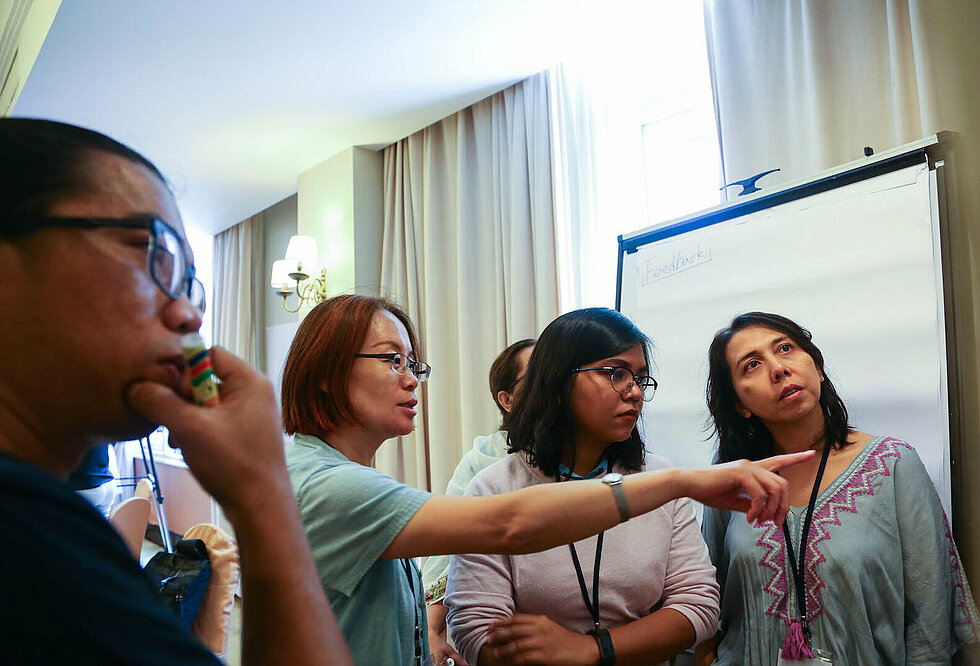 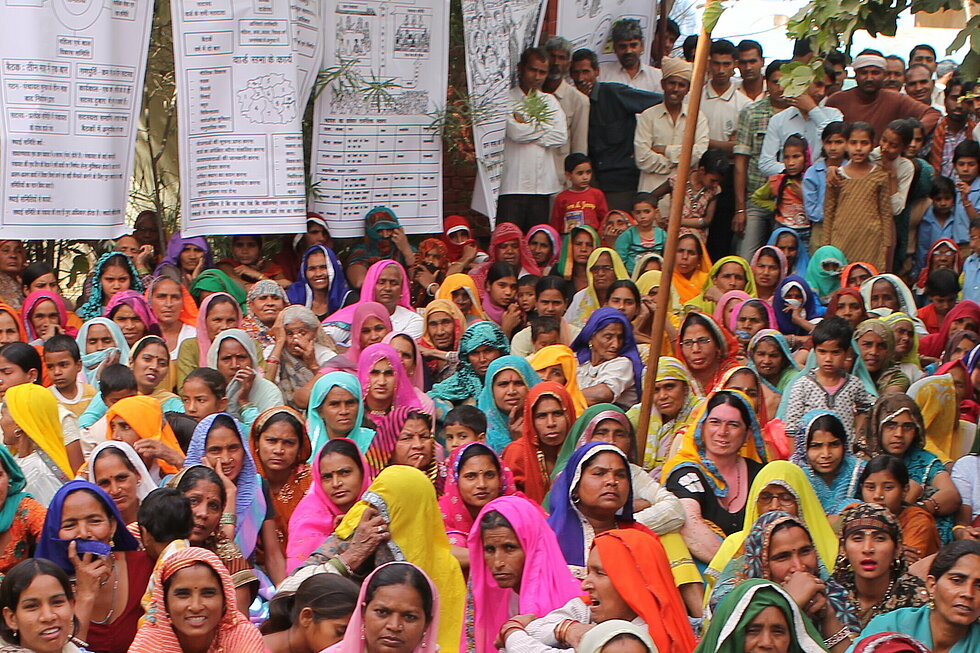