"The EU does not want to be responsible for any humanitarian consequences that might arise from sanctions mechanisms, as they are configured at the moment. The targeted approach is meant to correct that," says Clara Portela, professor at University of Valencia (Spain). She has designed an enforcement mechanism that targets the economic operators and/or government authorities that are responsible for breaches of labour standards while sparing workers and the population at large.

Professor Portela will present her paper, Enforcing Respect for Labour Standards with Targeted Sanctions, at a roundtable discussion in Brussels on 18 October. In advance of the event, FES in Asia met with professor Portela to discuss the merits of her proposal.

We know you are an expert on international sanctions, but what prompted this idea for your study?

In my research on international sanctions, I identified different types of sanctions adopted by the European Union in various policy domains, which are agreed under vastly different rules and by separate sections of its bureaucracy. When I started looking into how the notion of "targeted sanctions" had been implemented at the EU level, I realized that, while this concept is applied wholeheartedly in foreign policy sanctions, it is hardly present in the field of trade and development.

After drawing attention to this state of affairs in an academic article, I felt that it was worthwhile to explore what a targeted approach could look like in this domain.

Would you briefly explain your proposal?

The proposal consists in designing the suspension of free trade agreements and trade privileges in a way that disadvantages the companies and businesspeople responsible for the violation of labour standards and those officials that fail to enforce them while sparing the population at large and without inflicting much harm on the economy of the country.

"Only those responsible for the breach or for permitting its occurrence by failing to enforce respect for the norm are punished, while the rest of the population and the economy are not affected."

At present, EU trade agreements and trade preferences can be suspended for labour standards violations, but suspension mechanisms fail to discriminate between wrongdoers and the innocent population.

Can you give an example of how your proposal would work in practice?

When a violation is detected, an investigation will be launched in order to verify the breach and identify perpetrators. In a next step, an analysis shall be conducted to determine which actors should be targeted and how. There is considerable flexibility regarding the nature of the target, which may be public or private: individuals (managers, business owners, officials) or entities (companies, state agencies) or even specific sectors of the economy (commodities, footwear), depending on the breach at hand. Perpetrators will find their names on a publicly available blacklist, which will make it impossible for them to conduct transactions with operators in the European market. Once the breach has been discontinued, actors can be easily taken off the list, one by one.

What are the advantages of a targeted approach to sanctions?

The key advantage of the proposal is evident: Only those responsible for the breach or for permitting its occurrence by failing to enforce respect for the norm are punished, while the rest of the population and the economy are not affected. This corrects for the main problem with blanket suspensions, namely, that the population pays for the breaches committed by businesses or government laxity in enforcing labour standards.

"The fact that the EU does not even contemplate using sanctions weakens incentives for compliance and discredits the organization in the eyes of civil society in partner countries."

In other words, it prevents an entire sector (and an entire country) from being penalized for the breaches of just a few. This, in turn, has additional advantages: A usable mechanism is better placed to deter violations than one whose activation remains highly unlikely. All this is not to say that the sanctions should be activated more often. However, the EU should retain this option and consider it seriously when looking into cases of blatant violations. The fact that the EU does not even contemplate using sanctions weakens incentives for compliance and discredits the organization in the eyes of civil society in partner countries.

Why is the EU so reluctant to make use of sanctions when there is a breach of a Trade and Sustainable Development chapter of a free trade agreement [FTA], whereas they do not hesitate to impose sanctions under the Common Foreign Security Policy [CFSP]?

I think that there are several elements at play. The EU does not want to be responsible for any humanitarian consequences that might arise from sanctions mechanisms as they are configured at the moment. The targeted approach is meant to correct that, so that this should cease to be a concern.

A second factor is that the EU operates in a compartmentalized fashion, despite continuous endeavours to enhance coherence across policy fields. Foreign policy and trade are framed in different sections of the EU bureaucracy, which do not talk to each other. Thus, trade officials have little knowledge of how their CFSP counterparts design sanctions. Finally, the fact that CFSP sanctions can be agreed unilaterally gives considerable flexibility to the Council of the European Union. When a sanctions mechanism is embedded in FTAs, these provisions are subject to acceptance by the partner country, which makes the final deal more complex and more difficult to agree.

A related consideration is that the European Commission's experience with sanctions, in particular under the Generalised Scheme of Preferences, has been rather negative: Largely because preferences were withdrawn from Myanmar (then called Burma) and Belarus after CFSP sanctions were imposed, the suspension of preferences accentuated political impasses. Such failures are due to the use of the wrong tool at the wrong time rather than to any inherent flaw of the mechanism. 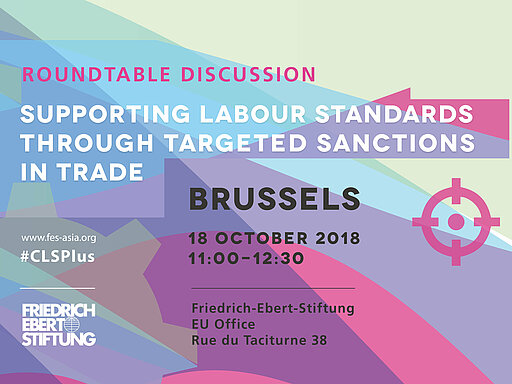 At a roundtable discussion in Brussels, experts, politicians and workers' representatives will discuss how to make Trade and Sustainable Development (TSD) chapters in EU free trade agreements more effective in protecting... More 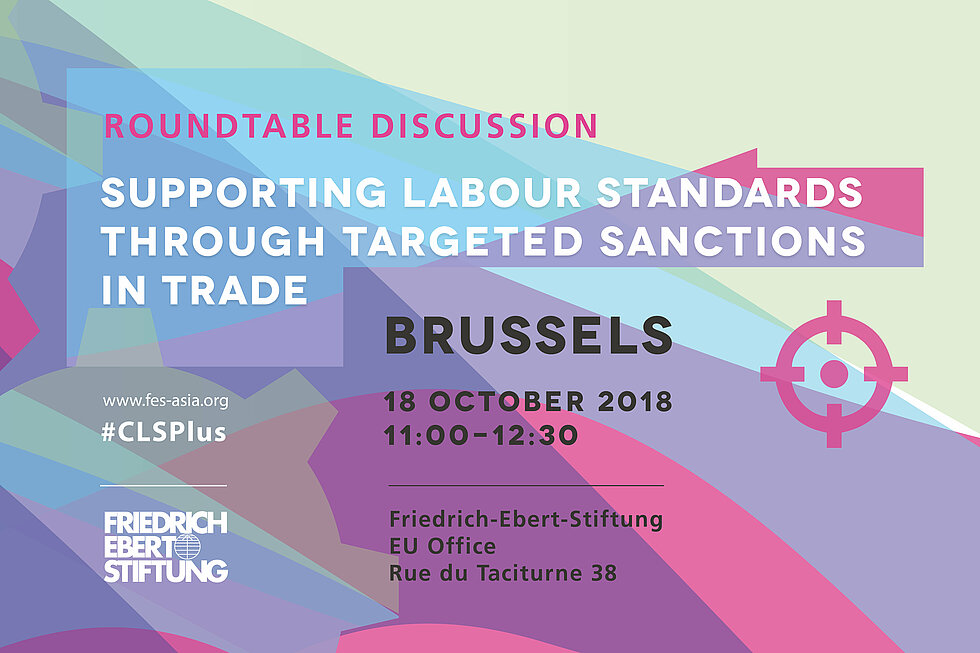 At a roundtable discussion in Brussels, experts, politicians and workers' representatives will discuss how to make Trade and Sustainable Development…