Securing social and labour standards in global supply chains is a challenge under current trade regimes and the Friedrich-Ebert-Stiftung is gearing up to address it with a new initiative. CLS+ is taking shape across five Asian countries with partners among trade unions and the academe.

It’s been argued that substantial trade liberalization and various preferential trade agreements have obstructed better labour and social standards for workers over the past twenty years. A radically different promise was delivered by the World Trade Organization in 1996 with the Ministerial Declaration from Singapore. Back then, economists projected that by its own nature economic growth and development achieved through increased trade and greater trade liberalization promote labor and social standards. Current circumstances prove a different reality and deliver a sour note for the state of standards under the existing trade regimes and relations in conditions where global supply chains house 80% of world trade.

In a recent policy paper for the Friedrich-Ebert-Stiftung, Mark Anner from the Global Labour University estimates a staggering decline by 73% of the human rights score in the global garment and textile industry between 1989-2010. We spoke to Mark in early March 2016 in Thailand. In Bangkok he joined colleagues from the academe, representatives of trade unions and programme staff of FES in Asia to support the planning of a new initiative for social justice by the Friedrich-Ebert-Stiftung.

We have done surveys where workers sign-in 72 hours a week on a regular basis, this is not sustainable, it is hurting families. If we look back in 1998 the ILO Declaration on Fundamental Principles and Rights at Work was a fantastic step forward. It’s now been 18 years since that point and my observation was that this Declaration becomes a short cut for defining worker rights. Not just in trade agreements but also framework agreements, stakeholders after stakeholders and groups after groups were just cutting and pasting those labor standards and using that as their point of reference. I think it is good that they use it as their point of reference; I just don’t think it is enough.

CLS + (Core Labour Standards Plus) is the new initiative by the Friedrich-Ebert-Stiftung to the global trade regime landscape Anner describes. Presented this week in Geneva before a broader audience, CLS+ takes action to advocate for binding, enforceable and comprehensive social and labour standards in preferential and framework agreements by linking social and economic development in global supply chains. The first phase of CLS+ focuses on sound analysis.

Most important first of all is sound analysis. How the new international distribution of labor works, how the global value chain works, how the situation of core labor standards is in developing countries and how the different countries are affected by that.

Hansjoerg Herr of the Berlin School of Economics and Law and Christoph Scherrer of the University of Kassel, Germany are leading a group of researchers to examine how the new international distribution of labour and the global value chain works in five export-industries in Asia―Bangladesh, Cambodia, Myanmar, Pakistan and Vietnam.

The objective of the research is to assess how the situation of core labor standards has unfolded and how actors along the global supply chains in the textile , garment and electronics industry of the five countries have been affected with the increased volume of trade within the landscape of different trade and framework agreements.

We see in case after case in these global supply chains short lead times [the time allotted to produce a product], where the factory has to get the order off to their buyer in Europe or the US, has to be there by Friday or the back-to-school season or the holiday season. So factory owners, to meet these short term deadlines, are forcing workers to work more. We are talking here 20-30 hours and more a week. Safety and health, everything from chemicals in the work place to building safety, is crucial. That was highlighted by what happened at Rhana Plaza (Dhaka April 2013, Bangladesh). This garment building collapses and kills over 1000 workers.(Mark Anner)

The outcome of the first phase of CLS+ will pave the way towards the second phase of the initiative and the necessary actions to broaden the concept of core labour standards and enlists living wages, hours of work, safety standards, migrant workers’ rights and social protection as binding and enforceable elements in global supply chains and trade agreements. Within these steps, CSL+ will respond to two main challenges that surround debates on how trade policy can improve labour standards: shaping a socially responsible trade regime in the 21st century and ensuring shared prosperity and decent working conditions in and along the global supply chain. 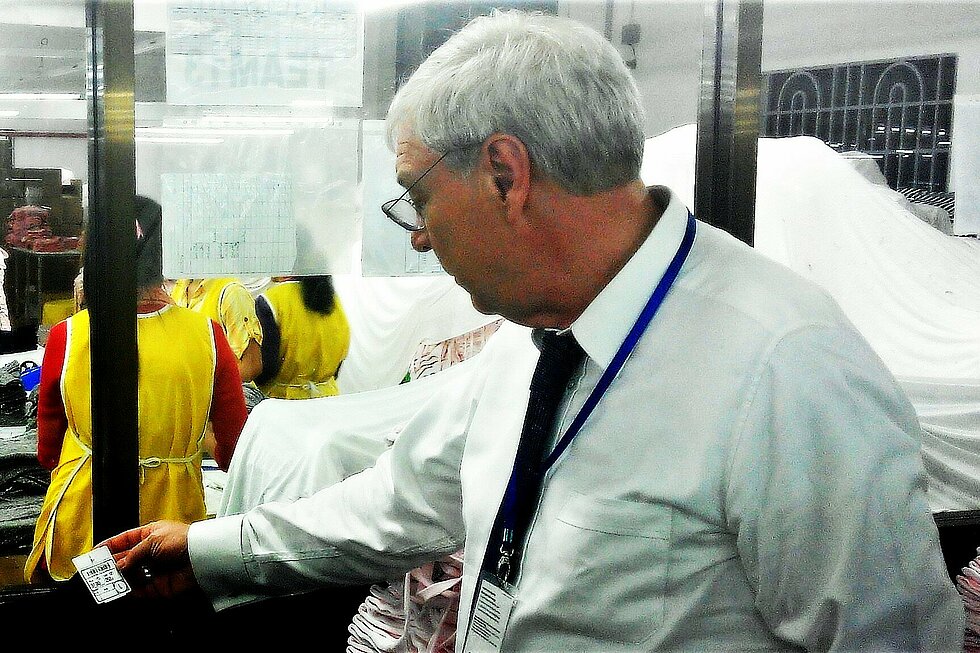