Cities tend to reflect traditional gender roles and gendered division of labour. Instead, urban planning and design should address inequalities and encourage equitable access and use by all.

A few weeks ago, my six-year-old asked me why almost all sport and dance coaches were men, or ”boys” as she said. This observation distressed me immensely, and I resolved to seek out female sports coaches as far as possible. I also reflected on the possible roots of this insight and realized that our cities do not have ‘equal’ and safe spaces for women to participate in sports, arts and the likes freely, thereby limiting their presence. Adding to this, our social constructs have been influenced by the physical design and human behaviour within those spaces, furthering this gender-imbalance in these spaces and associated activities. Superimposing this insight onto my professional interactions, contributions, and research, I examined yet again, whether our cities are truly moving towards a gender-just future.

Our future is urban. Of that there should be no doubt. Urbanization will be the single most defining trend of the 21st Century, with 2.5 billion or more people to be added to the world’s population by 2050. By 2030, a projected 43 megacities, meaning cities with more than 10 million inhabitants, will be added, most of them in developing regions. These megacities and agglomerations offer a multitude of economic and social opportunities to people from various walks of life. However, geography is destiny, and where one is born – even to this date – determines one’s access to these opportunities. The future need not hold destiny a prisoner to geography. Men, women, children, differently abled and members from the LGBTQ+ community all experience cities differently and our future should recognize this fact. Add to that, the most significant environmental challenge our world is facing – climate change, which too is not gender neutral – and one understands the magnitude of the task that lies ahead. Natural disasters, frequent and harsh climatic events widen the gender inequalities and pose unique threats to women and girls’ livelihoods, health, and safety.

Perpetuation of gender roles through the built environment

Historically, cities have been designed by men and for men, and therefore they work better for men than for women. They tend to reflect traditional gender roles and gendered division of labour. For example, Le Corbusier’s post-World War II city design presumed a 6-feet-tall, white male to derive its standards. He applied the same rule of thumb to ascertain proportions in his work in India and in other parts of the world, influencing design codes and standards of the built environment. For example, the average height of Asian women is five feet, and the physical design of infrastructure has not accommodated it. Most common example is of the design of elements such as heights of handles, bars and steps to name a few in public transport interchanges and transport modes as well.

Thus, the design of urban spaces dictates and guides behaviour and usability of these spaces. The World Bank’s Handbook for Gender-Inclusive Urban Planning and Design enumerates six highly interconnected principal issue areas where gender inequity interacts with the built environment, namely: ”access to the public realm”; “affordable and safe mobility”; ”safety and freedom from violence”, ”health and hygiene”; ”climate resilience”, and ”security of tenure”. Planning regulations, too, play a key role in determining usability of cities, as do zoning rules. For example, if the latter do not allow for businesses to run from homes, then they limit women’s economic participation in cities – especially those in the Global South.

Inequality is often spatially reinforced and perpetuated by design, from our systems all the way down to individual public spaces. Urban planning and design have the power to address these inequalities, to close gender gaps, and to encourage equitable access and use by all. If cities fail to mainstream gender equality into urban planning and legislation, our future will bear significant negative impacts in a variety of ways, including on economic prosperity.

There have been several useful tools, planning instruments and guides put together by practitioners, the academia, think tanks, and international development organizations. And there is an acute need to put these instruments into action and apply concerted efforts in the planning and development space to mainstream gender.

National, state, and local governments need to include gender and feminist metrics in the design, execution, monitoring and evaluation of policies, plans, and projects. The national and state urban policies, schemes and missions need to look beyond gender-washing propaganda to affect real, on-ground impact. Upskilling and sensitization of municipal government partners is a significant prerequisite to progress towards equal cities. We need participatory municipal planning that does not restrict itself to only sexual violence matters, but actively seeks and provides input on actual design considerations to make urban spaces accessible, usable, and enjoyable to one and all. Another critical bottleneck is the availability of skilled planners who can address the issue of sustainable urban planning with a feminist, inclusive mindset. For example, India in 2021 was short of 8,268 planners, according to a recent study on urban planning reforms in India.

The planning practice needs to wholeheartedly adopt and regularize the use of these tools and frameworks. Several instruments now assist in implementing participatory planning, such as the Block-by-Block methodology integrated by UN-Habitat to develop local policies, plans, and designs for safe, inclusive, and accessible public spaces for all, to support cities. HerCity is another initiative that makes methods and tools available to urban actors and cities globally, to bring women and girls into urban development processes and decision-making. Gender-responsive evaluation of projects should also be conducted to understand, measure and monitor the impact of urban interventions on society, and most importantly, to ignite the conversation around, and to lay the foundation for, our gender-just urban future.

Mansi Sachdev is a Senior Urban Planner with UN-Habitat in India and has extensively worked in the field of sustainable and resilient urban development. For more information about her work, please follow her on LinkedIn. 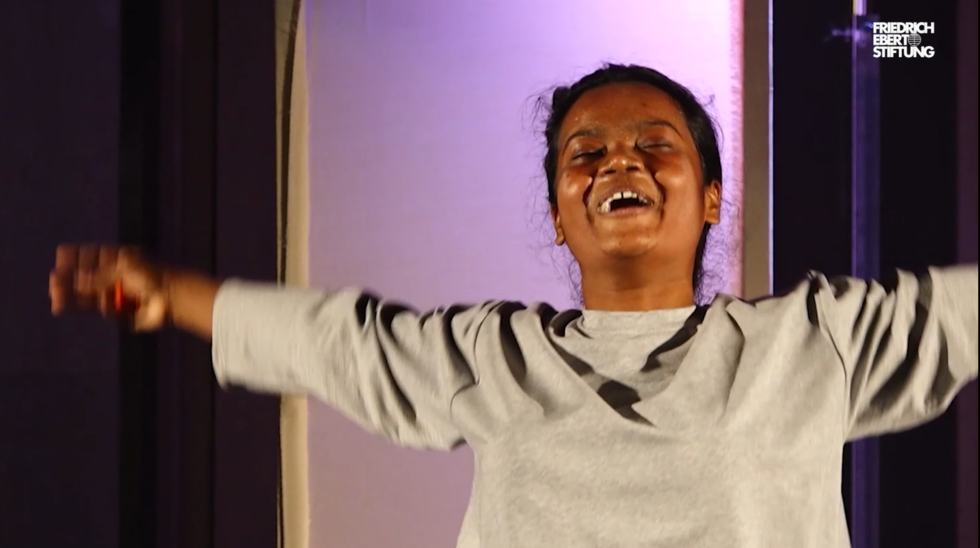 Dreams of Equality: Stories of struggle and aspirations of young women in Nepal

Role models and their stories have a great impact on supporting conversations about gender equality and gender justice. The FES Nepal Office collected… 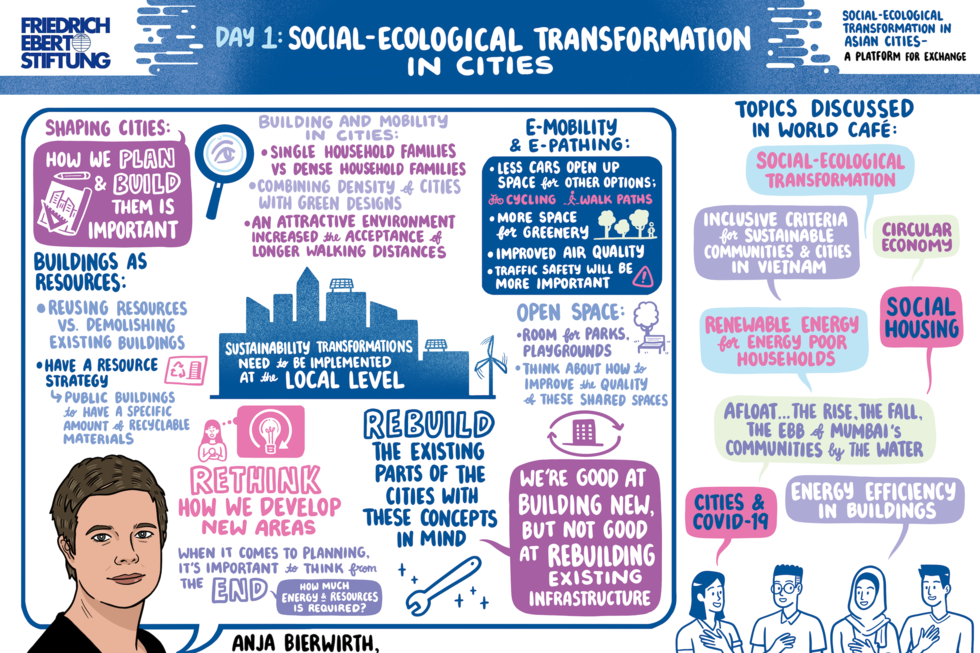 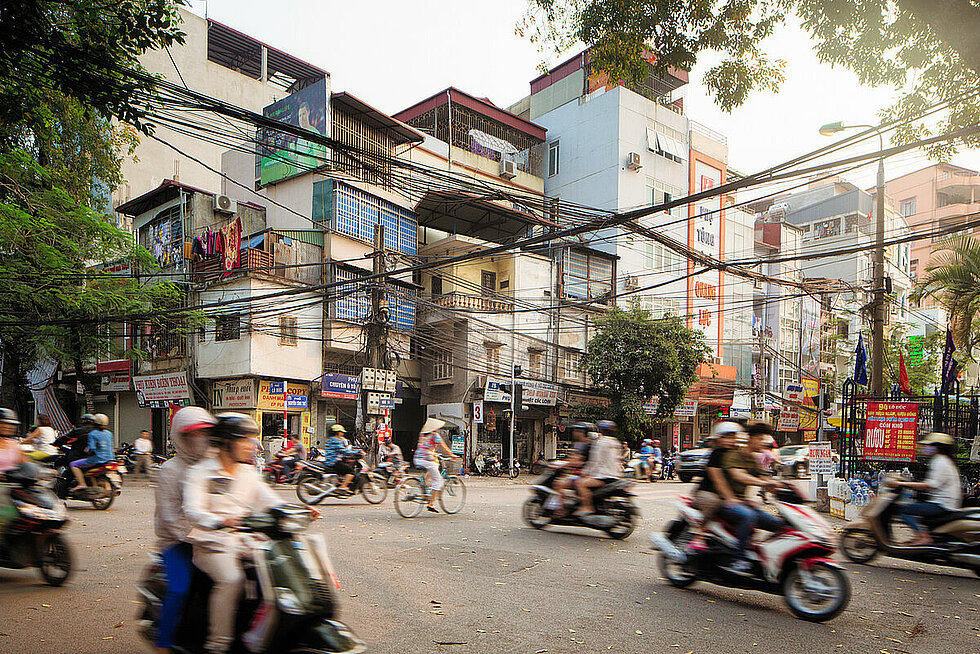 The case for social cities 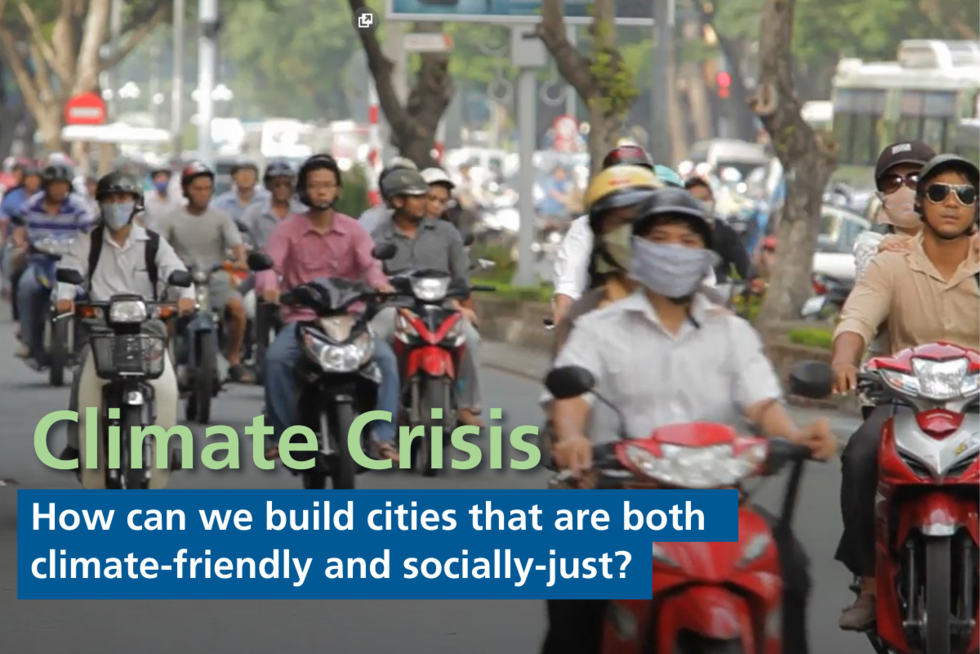