Bangkok (Thailand) – Women's rights face ongoing challenges in Thailand, including persistent stereotyping and a range of oppressions, according to a study on political feminism and the women's movement in the country launched by Friedrich-Ebert-Stiftung Thailand. 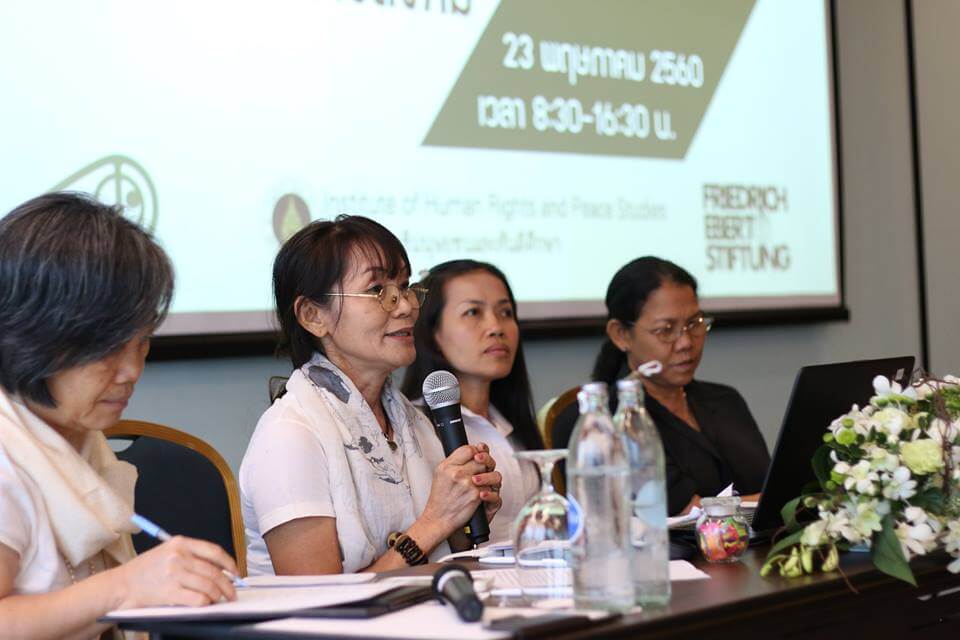 Participants at discussion on the occasion of the launch of Political feminism and the women’s movement in Thailand, Bangkok 23 May 2017, by FES / Sarunpat Sae-wong 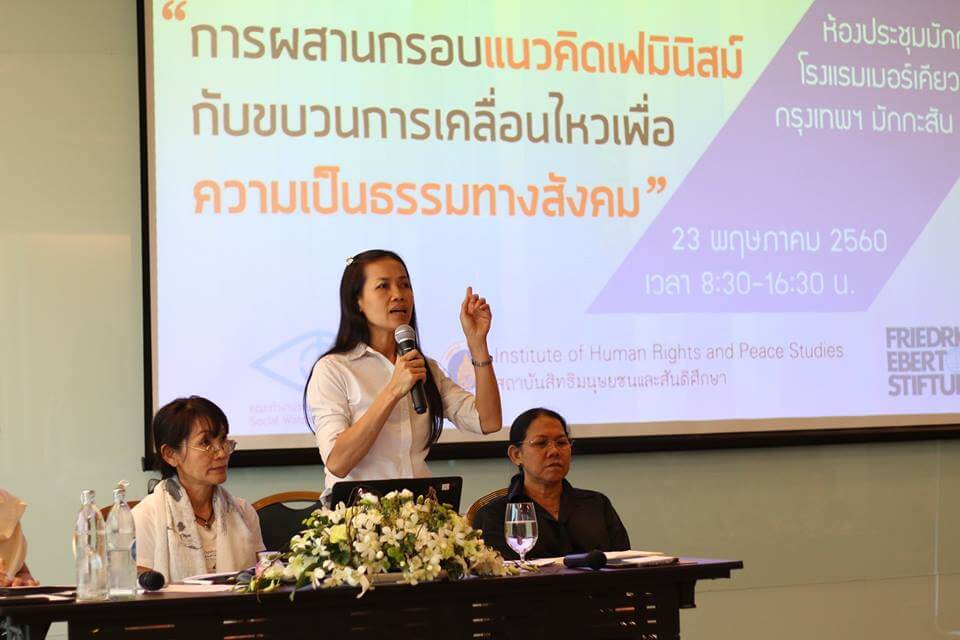 A just society needs to include all groups in political decision making. In Thailand, although questions on gender equality were raised even before the Siamese revolution in 1932, women’s voices are still overlooked today. Even though a multitude of committed women (and some men) are voicing their opinion on gender equality, there is no concerted voice, coordinated movement or political power on the topic, as a new study by the FES Thailand Office written by Dr. Duanghathai Buranajaroenkij shows.

"The way we deal with gender justice in Thailand needs to take into consideration the importance of cultural backgrounds which also lead to different understandings of power relations among the sexes", said Prof. Suwanna Satha-Anand, women's rights activist and keynote speaker at the launch of the study. During the launch that took place in Bangkok on 23 May, stakeholders discussed the state of political feminism in Thailand and why there cannot be social justice without gender justice.

Women in general are socially expected to follow traditional roles such as household duties and caring for children and the elderly. In addition to this burden of responsibility which affects all women, those from low-income communities suffer further from having no voice in political and economic decision making. Status by birth thus hinders social mobility and excludes from political power.

The study therefore suggests two parallel actions. The first is to create understanding and acceptance of women’s human rights by demolishing the mystification regarding the construction of gender in society. The second is to achieve greater access to resources and power by liberating women from the political and economic power relationships that have marginalized their participation and self-determination.

At the same time, women’s demands, such as social protection, decreasing economic gender disparities or policies for reconciliation of work and family life have to be perceived not as an elitist, academic category, but as something that is relevant for everyday life, the study claims.

The publication on the state of political feminism in Thailand is part of a series looking into the women’s rights situation across a number of Asian countries under a regional project that is coordinated by the Singapore-based FES Office for Regional Cooperation in Asia. It follows the launch of sister publications from China, India, Pakistan and Bangladesh. A common finding of the studies is the lack of a strong feminist network.

FES wants to be instrumental in the creation of such a network by offering both regional and national platforms. By providing space for discussions on gender justice with representatives from the fragmented women’s movement, it wants to create alliances and build capacity. The goal is that demands from a gender perspective be articulated in the socio-economic reform processes necessary in Thailand.

“Voices are always louder when raised together than alone. Let’s hope that feminist voices join together, become louder and will be heard”, concludes Stine Klapper, Country Director of FES Thailand, “This would not only benefit women but society as a whole.” ### 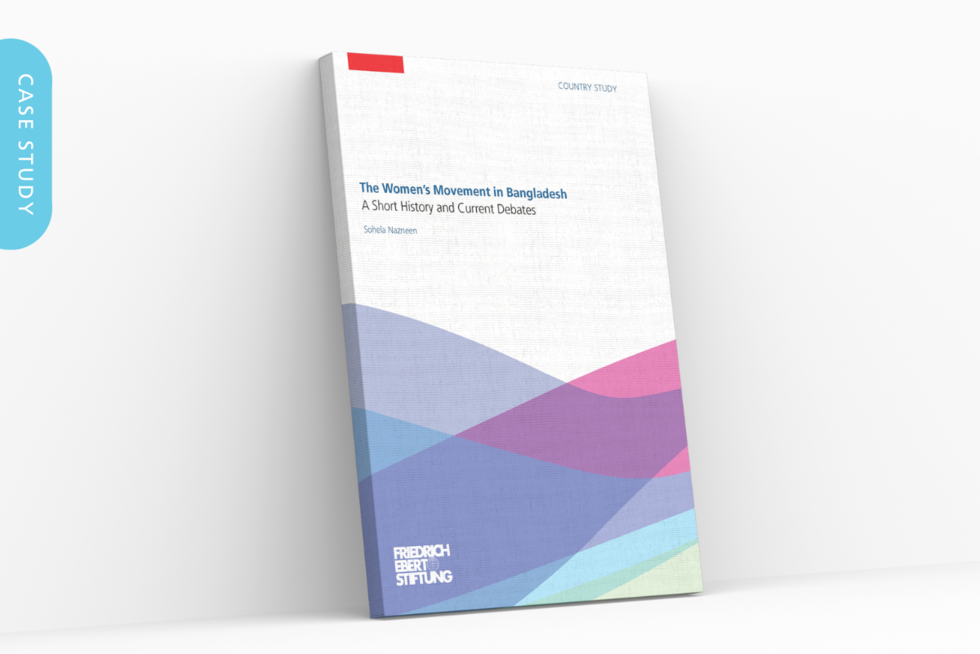 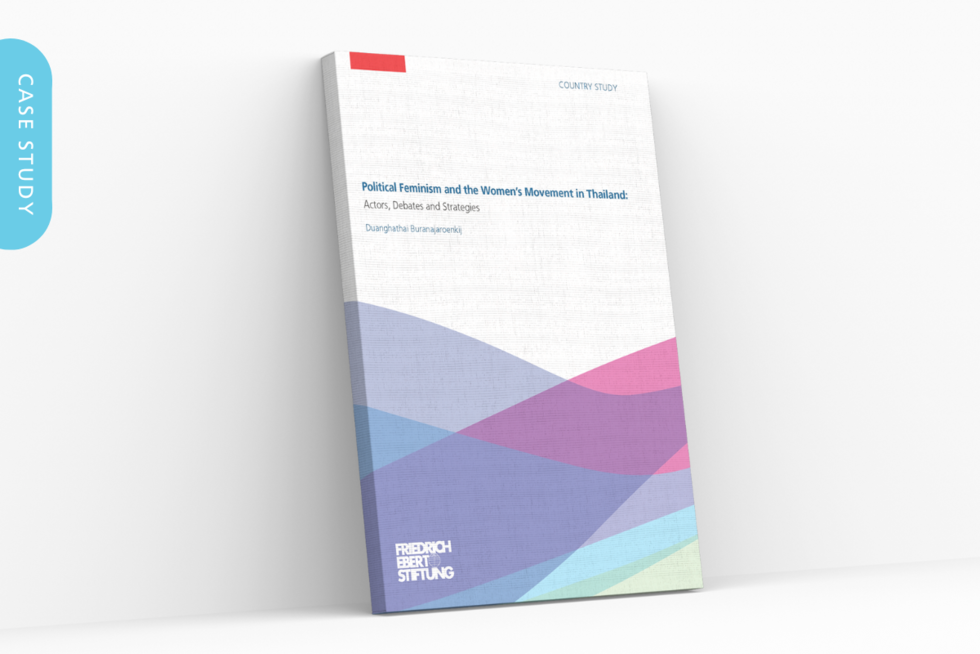