What makes foreign interests in the Pacific Islands grow and what does their engagement mean for the future of the small island nations?

The Pacific Islands have recently received a lot of attention from Australia, China, and the United States. Even though the combined total population of the 15 independent Pacific Island nations totals to a mere 2.3 million by estimates, the island nations have now become the site of geopolitical competition. At the end of May of 2022, Chinese Foreign Minister, Wang Yi, spent the better part of a week trying to engage with ten Pacific Island nations to sign an encompassing trade and security agreement. While the group failed to reach a consensus in early June, the groundwork for future cooperation has been neatly laid out. Besides, China signed off on a variety of smaller bilateral agreements during the same tour. In the meanwhile, newly appointed Australian Foreign Minister, Penny Wong, immediately travelled to Fiji, Samoa, and Tonga, to shore up Australian diplomatic interests in Oceania. And in July, the Prime Ministers of Australia and New Zealand joined other leaders at the Pacific Island Forum Summit.

What do the Pacific Islands have in common?

The Pacific Island nations all occupy a similar but strategic geographic region. They all are small island nations scattered across the Pacific Ocean. Most of them are developing economies that are still mostly forested, and there is only limited access to mineral resources. Subsistence farming is common, and their manufacturing capabilities are mostly underdeveloped and limited to processing seafood. Tourism plays an essential role in all of their economies, and the COVID-19 pandemic has devastated their small economies. The Asian Development Bank estimates that tourism will not return to 2019 levels until 2023, in the best case.

In the Second World War, the region was caught in the midst of intense battles between the Allies and Japan, fighting to ensure that Australia and New Zealand were not isolated from supply lines, and to gain a strong footing in the Pacific Ocean. Following Allied victory in the Second World War, the strategic significance of the Pacific Islands faded in U.S. foreign policy discourse. During the Cold War period its greatest claim to fame were sunny beaches and being the test site for nuclear bomb tests. After the Cold War ended, the Pacific Islands were no longer a critical consideration for American foreign policy.

Why is there a renewed interested in the region?

As Western diplomatic interest in the region faded after the Cold War and into the post 9/11 period, Chinese interests started to grow. China has been supporting a variety of developing economies through the Belt and Road Initiative, providing them with low interest infrastructure loans. This allowed for an expansion of Chinese influence in the region. Most countries in Oceania are still economically developing, and have poor infrastructure. This meant that the loans provided offered much needed help for their economic development. However, this posed some diplomatic concerns as such loans come with leverage. There is a view that China would use it to further isolate Taiwan from the diplomatic support it receives from the region. Several countries in Oceania (The Marshall Islands, Nauru, Palau, and Tuvalu) recognize Taiwan as a sovereign country. Chinese outreach and development manoeuvrings could therefore help them reduce regional support for Taiwanese independence.

But what perhaps most worries Western watchers is how Chinese influence in the Pacific Islands could help increase the reach of the Chinese military. Some Western military leaders fear that increased Chinese influence in the region could lead to more overseas military bases being built, and could lead to Australia, a vital Pacific ally for the United States, to be isolated, cutting them from supply lines from overseas.

In the face of growing big power rivalry in the region, the Pacific Islands are now likely going to be the site of more intense diplomatic competition and will be under greater scrutiny between Australia, China and the United States. Closely aligning themselves with Beijing could bring development opportunities but could draw the ire of Western allies. The West is also opening up more economic opportunities for Pacific Island nations as they court them away from Chinese influence. Until now, Pacific Island nations have selectively chosen packages that suit their needs without committing themselves to choose sides. But this is likely to get difficult as tensions increase.

In the midst of this, many Pacific Island nations are worried of the impact of climate change and rising sea levels, which pose an immediate existential threat. In fact, the Fijian Defence Minister, Inia Batikoto, said in the recent Shangri-La Dialogues that the greatest threat to the region is not a conflict between China and the U.S., but rather the geopolitical effects of climate change. Increased diplomatic scrutiny could be their chance to get funding for expensive climate disaster mitigation infrastructure such as flood defences or reinforcing concrete buildings.

Like many other small and island nations, the Pacific Islands are now entering into a new, risky and uncertain period. As two geopolitical superpowers start to compete for political dominance in the region, the region as a whole now risks being dragged into conflicts, being used as pawns in broader global ambitions, and at the worst, could see themselves as the site of an armed conflict. Avenues for discussion between the U.S. and China seem to shrink, and there are fewer opportunities for both parties to reduce tensions outside of official government to government channels. Perhaps another area where the Pacific Islands can leverage their remote location is to be the neutral third party between the two superpowers but take multilateral approaches to clubbing together to engender regional cohesion and advocate for their collective development. Their commitment towards common broader goals towards maintaining unity and continued support for dialogue could offer hope.

David Lee Soong Wei is currently a Masters in Public Policy (MPP) student at the Lee Kuan Yew School of Public Policy, National University of Singapore. He was an intern with FES Office for Regional Cooperation in Asia during May-July 2022. 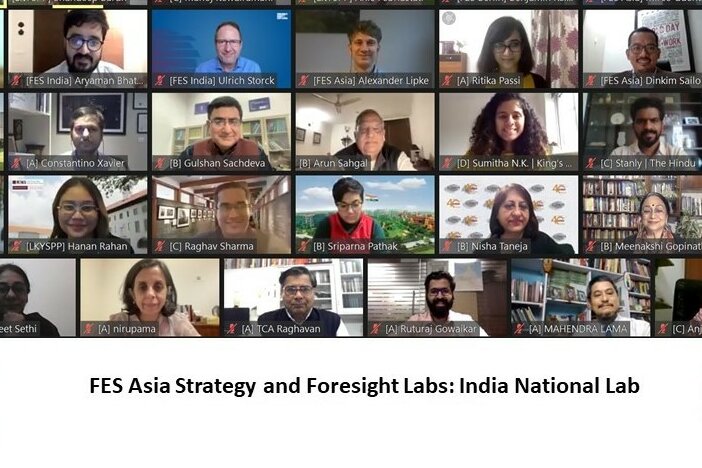 India has become a major player in world affairs. It is in the midst of a geopolitical repositioning as it navigates its place in the evolving… 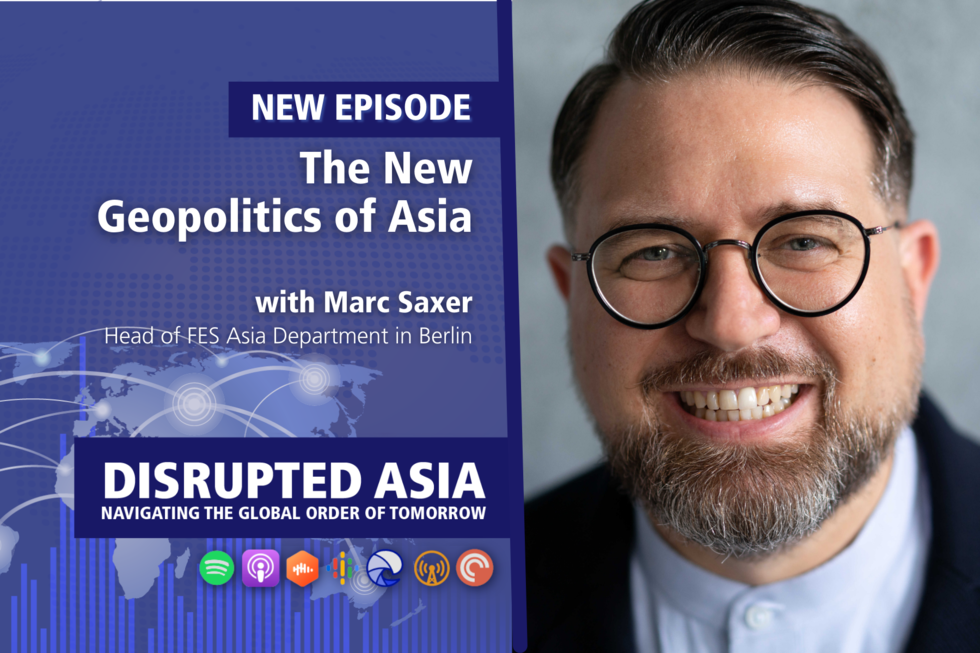 The New Geopolitics of Asia

A year and a half into the pandemic, the systemic implications of the crisis are engendering major shifts and, some will argue, sowed the seeds for…