Indian women’s participation in the labour market is low and falling, despite numerous policies and interventions from government and other agencies. Nandita Mondal examines the issue from a societal perspective.

In February, Indian Finance Minister Nirmala Sitharaman announced that women will be allowed to work in all categories and in night shifts with adequate protection, thereby opening new opportunities for their participation in the workforce, while presenting the Union Budget for 2021. While Indian women contribute to a staggering 3.26 billion hours of unpaid work every day – an equivalent to about US$271 billion – their participation rate in the country’s labour force has been on the decline. According to the World Economic Forum’s Global Gender Gap Index, it has declined from 35 per cent in 1990 to 25 per cent now, ranking at 145 out of 153 countries.

Historically, women in India have had primary responsibility for household and care work, and correspondingly limited opportunity for paid work. They ventured into the labour market often only when driven by a drop in household income, and then into poorly paid and unproductive positions. Those who remained in the workforce tended to have worse conditions than men, notably regarding pay. They have also had less access to training, education and professional advancement.

In rural communities, these challenges are compounded by migration of men to cities to work. Women are often left to fend for themselves as care for the household, making outside work all but impossible. Unless the state provides more support facilities such as childcare and health care, women will continue to find it difficult to join the labour force.

Rural women who relocate to cities alongside their husbands often find their employment options limited to home-based activities, or lower-end and casual work, where much of their wages find their way into the men’s hands. In the central state of Maharashtra, labourers in the sugarcane industry are employed as couples, with the payment handed over to the husband. Women are also often forced to agree not to become pregnant, which is often viewed as a hindrance by employers.

Technological development and automation in agriculture, where women are overrepresented, have further depressed the hours and pay levels available to women workers. This has been exacerbated as workers have flooded back to rural areas from the cities in the internal reverse migration prompted by the COVID-19 pandemic. The homecoming men have been prioritised for the available work, pushing women further out of employment and back into the households.

To achieve meaningful change, any measures must take into account all aspects of the problem. As a first step, fresh data and analytical concepts are needed to get the full picture of women’s participation in the labour market. Women workers need to be made more visible, especially the large numbers engaged in the informal sector. They need to make their voice better heard in public policy making, not just as passive beneficiaries of assistance, but as citizens claiming their legitimate rights. This increased visibility of working women will require nothing less than a reversal of their societal subordination, and the end of unequal access to knowledge and skills. The personnel at the Government machineries who collect the data need to be sensitized to break away from patriarchal understanding of society to ensure collecting correct type of data.

The next hurdle will be providing the reliable support facilities (including care services) that women need if they are to join the labour force. There are opportunities for public-private partnerships to bridge the gap where the state is unable or unwilling to provide such facilities. Women workers, especially migrants’ need such facilities both at point of origin and destination to meet their family responsibilities.  The introduction of a directory of such services as well as a labour helpline introduced through village councils would be beneficial for women workers across the country.

India already has one of the most progressive laws in Asia when it comes to providing maternity benefits. Women are provided 26 weeks of maternity leaves for the first two children. However, this only benefits a small fraction of the female workforce engaged in formal sector employment and has at times shown to deter potential employers to employ women. Considering introduction of family leave instead of maternity leave as done in some Scandinavian countries could be an innovative way forward to ensure that both parents could take turns to meet childcare responsibilities. For women, who largely work in the informal sector, pregnancy means loss of job and/or income. Universalisation of maternity benefits with pay to all working women (and men) might go a long way in encouraging women participation in the workforce.

When a woman offers her labour in the work market, she deserves consideration as a human being in all respects, not just the limited identity conferred by restrictive patriarchal norms. Catering for her dignity as a productive member of the workforce goes a long way to reducing the inequities that women face. Women workers represent a significant untapped potential in today’s Indian society. Understanding and removing the obstacles to women’s full participation in the labour market will itself be a laborious task, but one that will greatly benefit the women themselves, as well as the wider economy and society.

Nandita Mondal is an Assistant Professor at the Centre for Labour Studies, Tata Institute of Social Sciences, Mumbai. She is a trained social worker who has worked with government, non-governmental and educational institutions. Her research interests include women in informal labour, women’s work and dignity, cooperative governance and women, child labour, and corporate social responsibility.

For more information on the work by FES in India contact the FES office in New Delhi and follow the official Facebook fan page for regular updates. 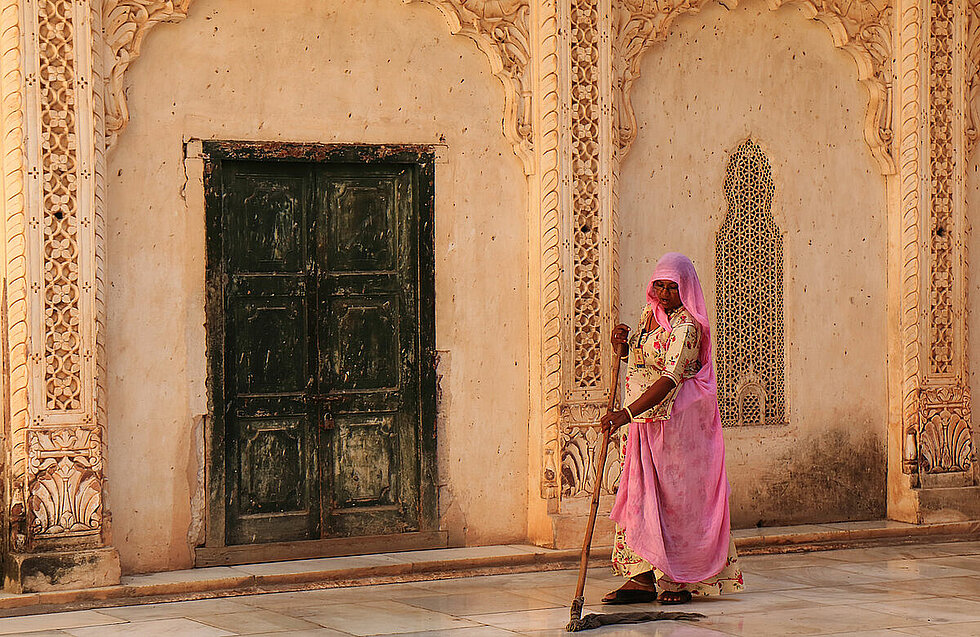 Many households in bustling Indian cities rely on domestic workers. These workers perform arduous tasks, yet they suffer from low wages, unregulated… 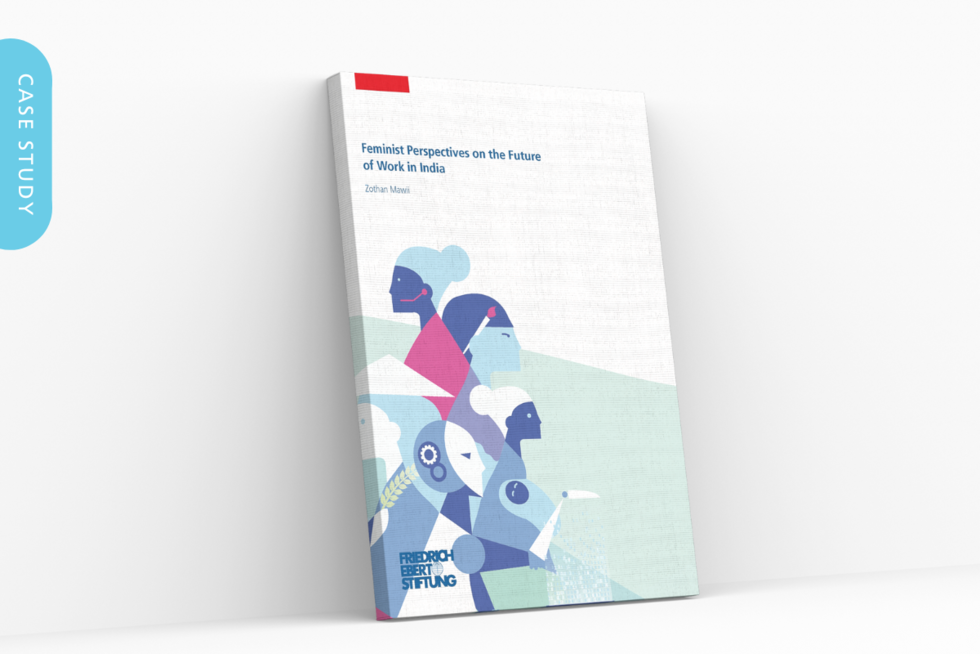 Feminist perspectives on the future of work in India

This study examines the latest insights about the future of work in India and its effects on women.