Over 35% of the domestic workers worldwide are accounted for in Asia where the Philippines remains the only country to ratify international labour standards for their protection. Changes are brewing and support is needed. 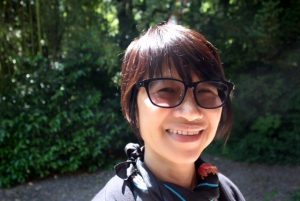 The International Domestic Workers Federation (IDWF) is the first global federation of domestic worker organizations. It supports national and regional efforts to improve terms of employment of Domestic Work. IDWF mobilizes campaigns for ratification of the ILO Domestic Workers Convention 189 and aids local groups to establish associations and unions. They have been long-term partners of the Friedrich-Ebert-Stiftung.

On the occasion of International Domestic Workers’ Day, Natalia Figge from the Office for Regional Cooperation in Asia of the Friedrich-Ebert-Stiftung spoke to Elizabeth Tang, Secretary General of IDWF since 2013.

There are more than 21 million Domestic Workers in the Asia Pacific region. Why is the ratification process in Asia progressing so slowly, with the Philippines currently being the only country that already ratified the Convention?

The lack of progress in this part of the world is really disappointing. Asia is home to over 35% of the global population of domestic workers. To start with, we have a huge gap in most of the national legal systems which exclude domestic workers from labour law protections. There, domestic workers are not considered as workers, as is the case for example in China, Cambodia and Thailand. In other places, domestic workers are predominately considered migrants so they are excluded as well. We have to be critical of the tradition and culture as well. In many parts of Asia, women are being discriminated and domestic work which is largely done by women is not valued. So there are really many mountains to move before domestic workers will have rights and respect. On the other hand, I think trade unions need to work harder. C189 should be one of the priorities of trade unions. We will keep on working hard, but we need support.

How is IDWF structured and funded and what are your advocacy strategies to convince governments to ratify and implement the Convention?

Our structure is very similar to other Global Union Federations (GUFs) with the domestic workers’ congress being the highest decision-making body. It is held once in every five years and elects the Executive Committee of 13 members. There is a Secretariat responsible for the day-to-day operation which is located in Hong Kong. The IDWF has two special features as I can see – its’ leadership comprises entirely of women and it is based in the global south.

What have been IDWF’s biggest achievements so far?

Since our formation two-and-a-half years ago, we have experienced a fast-expansion of our organisation. Since the end of 2015 our membership numbers reached over 500,000, we trained over 10,000 domestic workers’ organizers and formed first-ever domestic workers’ unions in Mexico, the Philippines and Ghana. At the same time, we gained momentum with legal reforms in Tanzania, South Africa, India, Mexico, Argentina, Ireland, Bangladesh and many other countries and a collective bargaining agreement signed in Argentina.

To understand our affiliates better, we took steps to develop a domestic workers’ database last year in cooperation with the FES Office for Regional Cooperation in Asia. It is near completion now and will be launched in two months’ time.

What do you hope to accomplish until the next International Domestic Workers’ Day in 2017?

In the coming one year, we will implement programs towards achieving these goals. I hope to see concrete improvement of legal rights protection of domestic workers in countries such as Nepal, India and Bangladesh where draft domestic workers’ legislation have been discussed for some years in the parliaments. Finally, I hope that there will be at least four more ratifications of C189 including one in Asia.