In 2018, two mega-sporting events took place in Asia: the Winter Olympics in February in the Republic of Korea and the FIFA World Cup in June in the Russian Federation. The Building and Wood Workers’ International (BWI) union federation and its affiliates used these two events to inform the general public about the poor and dangerous conditions of workers who had built the stadiums and other facilities. During that time, BWI increased pressure on construction companies and the hosting countries to improve the situation of migrant workers, who are the most vulnerable group among labourers hired to prepare the venues for these types of athletic events.

However, even after 2018, actions for better working conditions of migrant workers continue as the International Olympic Committee’s and FIFA mega-sporting events move to China and Qatar, respectively, four years later.

BWI, in partnership with Friedrich-Ebert-Stiftung (FES) in Nepal, gathered its affiliates from Europe and Asia to Kathmandu from October 7–9, 2018 for a global conference to evaluate its campaign and plan for the future. In that setting, Samira Paudel, Communications Coordinator with the FES Nepal office, interviewed Hyoung Chang Jang, Planning Director for the Korean Construction Workers’ Union, and Boris Soshenko, President of the Russian Building Workers Union, both of whom managed the BWI campaign in their respective countries, about their experiences and the lessons that were learned.

Many recent and future mega-sporting events are taking place in Asia, like the Winter Olympics in the Republic of Korea in 2018 and the football World Cup in Qatar in 2022. These countries are also major destinations for migrant workers from South Asia, thousands of whom were brought in to build the vast infrastructure needed for those events. Do these types of events and the global public fascination they attract make it easier for trade unions to fight and lobby for better working conditions for migrant workers?

Chang: Project owners of the Olympics-related facilities are public entities, such as the central government and local municipalities. Trade unions can take advantage of this because those entities cannot easily ignore offences and unfair treatment against migrant workers involved in those projects. The BWI mega-sports event campaign is a good platform in this regard.

In 2015, BWI signed a memorandum of understanding (MOU) with FIFA to collaborate on ensuring decent and safe working conditions for the construction and renovation of the 2018 stadiums for the 2018 football World Cup. Yet, at least 20 workers died in the construction process. Were the agreements not properly enforced, or where did they fail?

Boris: The construction sector in [the Russian Federation] is number one when it comes to fatal accidents. According to what we saw in the beginning of construction during the very first joint inspections, if we did not have our campaign and control mechanisms in the frame of an MOU, the number of fatal accidents would be two to three times higher. We, as a national union, insisted on more strict responsibility of the client in regard to supervising occupational safety and health conditions and sanctions to contractors when violations are discovered. But our demands were turned down. If our position had been accepted, there would surely have been fewer accidents.

Based on the lessons learned from the Russian and Korean experiences, what can be done to put even more emphasis on safeguarding and enforcing workers’ rights in the preparations for the Winter Olympics in China and the World Cup in Qatar, both in 2022?

Chang: The most important factor is that workers need to organize themselves for safeguarding their rights. With this in mind, I think we need to scrutinize possible chances to engage the workers there.

Boris: Again, the responsibility of the client must be adequate, sufficient. In our experience, the client was interested primarily in project deadlines and cost efficiency. Other aspects, like workers’ rights, were of no interest for them. The client’s reports to FIFA also showed little interest in that. We must negotiate for a new responsibility.

What is the approach of BWI and who are possible partners to forge a powerful alliance?

Chang: Mega-sports events are often notorious for their negative environmental effects, such as the deforestation of mountains. One of the skiing facilities in [the Republic of] Korea], for example, was built by destructing primitive forests. The government was very concerned if the trade union worked with environmental civic groups. Unfortunately, we were not able to form a labour-green coalition at that time. One can consider it as a potentially powerful alliance.

Boris: The BWI approach is timely and should be developed further by strengthening alliance building. On the global level, it might be the International Organization for Migration (in terms of migrants’ rights) and on the national level, we should try to engage national labour inspections, to provide a certain role for the existing structures.

For more information on the work by FES in Nepal, contact the country office staff and follow the official fan page of FES Nepal on facebook for daily updates. 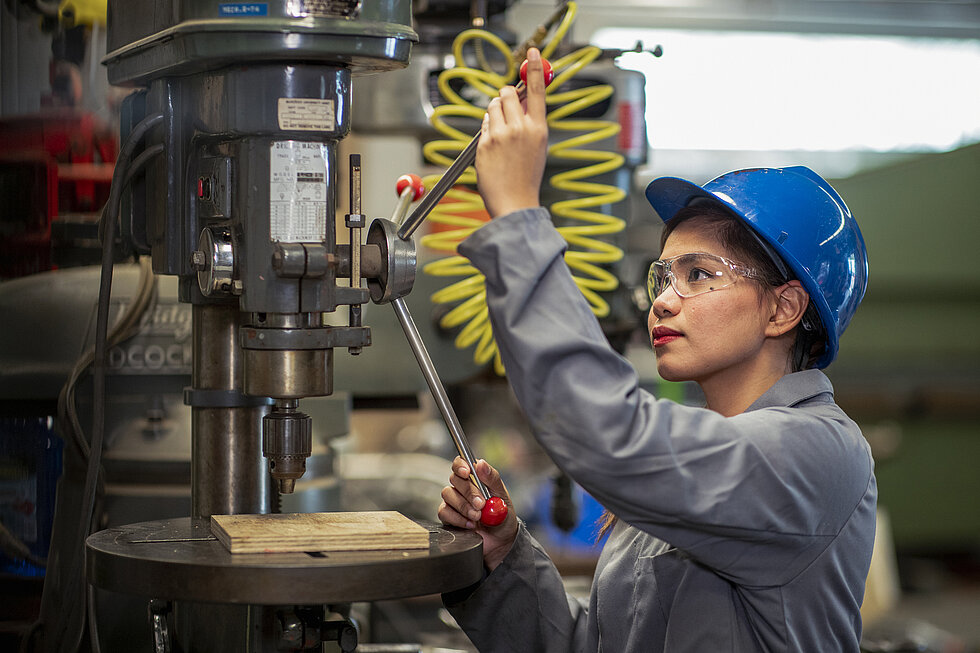 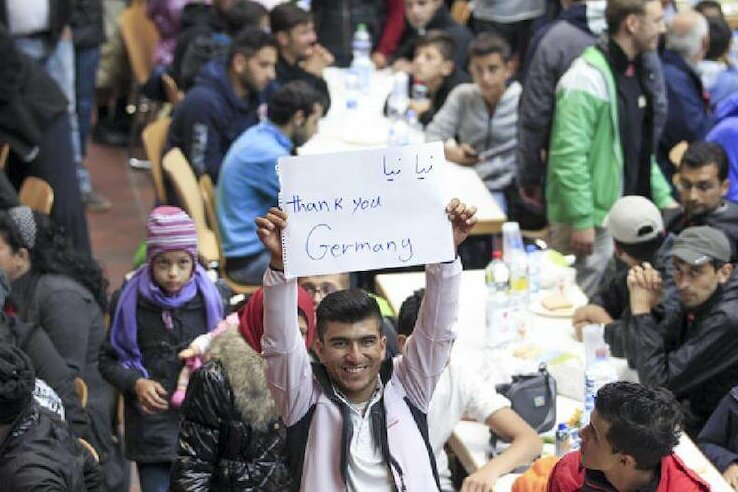 Migration rules and regulations in one country cannot work alone

At a high-level ministerial meeting in Berlin, representatives of Germany and Indonesia back stronger international cooperation to tackle migration by… 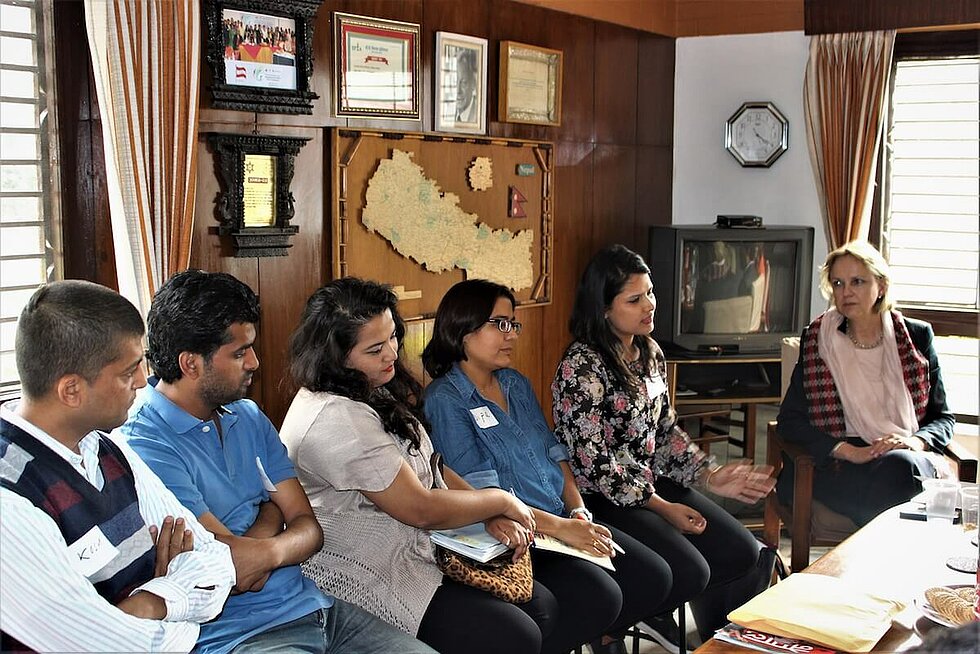 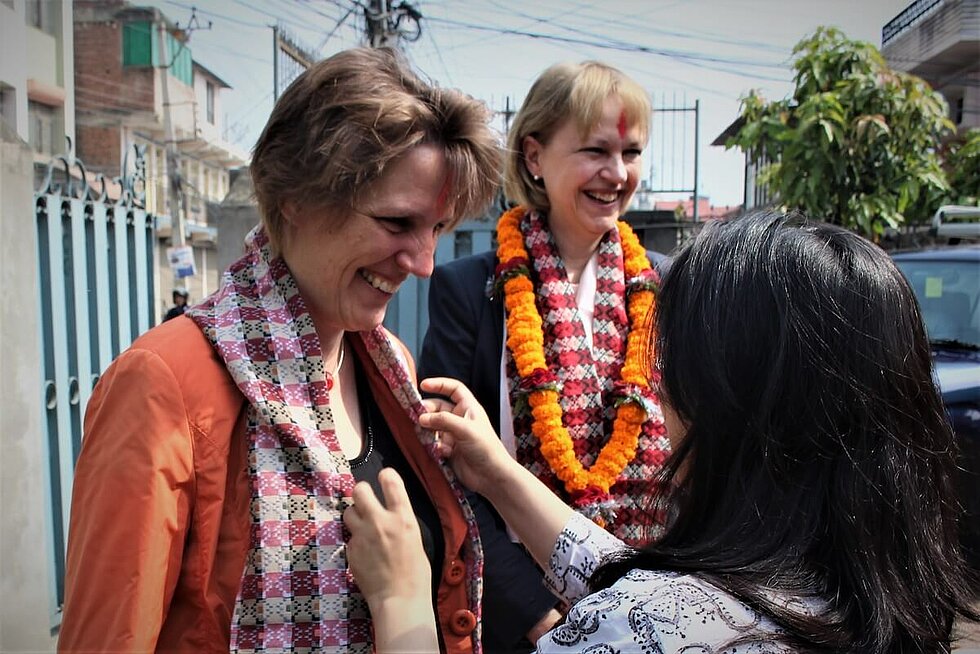