A new period of transition and uncertainty dawns on post-election Philippines where the next president faces challenges of good, effective and efficient government. 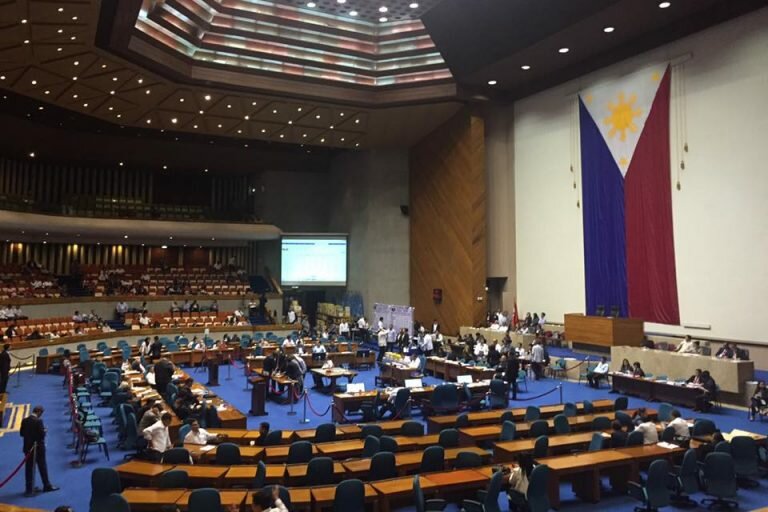 Official canvassing of votes for President and Vice-president, House of Representatives, Manila, 25 May 2016 © Raffy Magno

The Filipino people have made their choice. After several months of heated and polarizing election campaign, Philippines has its new six-year term President, Vice-President, 12 Senators, and three-year term congressional and local officials.

The tough-talking mayor from Davao City, Rodrigo Duterte, has edged out his closest rival, experienced technocrat Manuel Roxas as well as three other presidential candidates, by a stunning lead of five million votes. Mayor Duterte, the first from Mindanao, is set to become the 16th President of the Republic of the Philippines after the formal inauguration on the 30th of June.

Meanwhile, in the nail-biting vice-presidential race, progressive reform champion, Leni Robredo hangs on to a slim advantage against Ferdinand Marcos Jr., the sole son of the former dictator. Experts envisage that Robredo’s lead is safe for her to emerge as winner. Marcos, on the other hand, has publicly expressed his intent of forwarding election complaint.

The new sets of 12 Senators, 46 Party-list winners, and local government officials have already been proclaimed by Commission on Elections.

By and large, the 2016 presidential election was commended to be smooth, orderly, and peaceful. Investors and industry players heaved a sigh of relief after the Philippine stock market hits highest in nine months admittedly boosted by the benefits of automated elections and quick results.

On the side of people’s participation, a historic 81.62% voters’ turnout was recorded where out of the 55 million registered voters, more than 40 million Filipinos exercised their right of suffrage.

At this point, President-elect Duterte has started to make announcements of his plans clearly indicating a wide scope of political change. After winning under a platform of proactive crime and drugs eradication, Duterte has set the tone of an upcoming ‘strongman’ leadership who is tough in maintaining order and discipline, including reinstatement of death penalty as a capital punishment and aggressive police procedures which, as observers and human rights activists project, could lead to an authoritarian state and weaken even further the young Philippine democracy.

Along with the process of forming his top cabinet officials, the presumptive president offered four big ministries to the communist rebels – the Communist Party of the Philippines – a move which the Duterte administration claims to be a trust-building gesture towards further discussions on peace talks.

The challenges for the next president include translating the generally positive macroeconomic gains of the outgoing Aquino III government into tangible growth in human development. Aside from preparing to be the leader of a disaster-prone country, the next president faces the challenge of good, effective, and efficient governance.

Unequivocally, Philippines has entered a new period of transition and uncertainty.

Alvin Quintans is an Assistant Programme Coordinator and the Communications Focal Person of Friedrich-Ebert-Stiftung Philippine Office. FES has been active in the Philippines since 1964. In its cooperation with civil society organizations, labour groups, the academe and the government, it seeks to contribute in consolidating democratic institutions and in strengthening an inclusive political system and a people-centered economic development.