Indonesia’s bid to revive its guiding principles of unity in diversity is explored in a new book, Indonesia – Emerald Chain of Tolerance, published by the Indonesian Center for Islam and State Studies with support from the Friedrich-Ebert-Stiftung. The question goes to the heart of national identity in the diverse but Muslim-majority country, as it faces concerns over Islamic radicalism.

Indonesia’s vast diversity has long been the country’s greatest asset, but also one of its biggest challenges. The population of more than 260 million is strung out along more than 5,000 kilometres of islands and hundreds of ethnic groups and languages. The country is held together under the national principle of Pancasila, or “five principles” encompassing different aspects of unity and consensus in diversity. But it is also the world’s largest Muslim-majority nation, and has seen its share of conflict with Islamic radicalism, prompting concerns at home and abroad.

The principle of unity in diversity, or Bhinneka Tunggal Ika, is at the core of national identity and an essential source of Indonesian soft power, as stated in Indonesia – Emerald Chain of Tolerance, published in early 2017 by the Indonesian Center for Islam and State Studies (Pusat Studi Islam dan Kenegaraan, or PSIK) and the Friedrich-Ebert-Stiftung (FES).

The book is a timely and convincing compilation of demonstrations of tolerance in Indonesia, portraying real-life symbols, practices and people. It draws a map of the country’s practices that span its variety of ethnicities, religions, belief systems and other cultural communities in a rich tradition of lived tolerance.

With 560 distinct ethnic groups, Indonesia presents a challenge to such tolerance. But such an approach is fundamental to understanding others, as a precondition to any useful collaboration and cohesiveness.

The state ideology of Pancasila goes on from simple tolerance to promote active inclusiveness, a practice distilled from the experience of Indonesian communities.

Co-author and Pancasila scholar Yudi Latif says the ideology’s five principles can be converged as an essence into one: gotong royong, or cooperation, sharing of resources as well as burdens, and finding common ground. In practice, this means not only tolerating but also recognizing and appreciating others:

"The Pancasila state of Indonesia should be founded as state of gotong royong (mutual cooperation); loosely translated or paraphrased jointly-shouldering, sharing, closing the loose ends. The foundation of all principles of Pancasila is gotong royong." (Yudi Latif)

Yudi was also named by President Joko Widodo in June to lead the newly established presidential working unit on the implementation of Pancasila. The move comes amid national and international concern over radical Islam in Indonesia, technically a secular state but the world’s most populous Muslim-majority nation.

Pancasila is seen as a force to counter Islam in Indonesian identity, according to Indonesia – Emerald Chain of Tolerance, whose title references the country’s far-flung, verdant archipelago that stretches more than 5,000 kilometres east to west.

The book’s portrayal of Indonesia’s binding, inclusive political culture seeks to allay fears at home and in the West about the perceived weakening of social solidarity and rising tensions. It provides an impressive set of commonly accepted values as the orientation and guiding compass of the country’s pluralist society. For instance, the Peace Provocateur movement in Maluku is highlighted in the book as a leading example how communities were invited to create peace in a conflictive context.

The president’s spokesman dismissed comments that the non-ministerial advisory body UKP-PIP (presidential working unit for the implementation of Pancasila) was reminiscent of the now defunct Agency for the Propagation of Pancasila, better known as BP7, a much-feared legislative tool abused by former president Suharto to repress dissent during his 1968-1998 rule.

“The working unit will employ different methods from BP7,” the spokesman told the national press. “We will focus on developing creative ways to spread the message of Pancasila, for example by posting videos” on social media, he said.

Indonesia – Emerald Chain of Tolerance and supporting audiovisual products were published with the support of the Friedrich-Ebert-Stiftung’s (FES) Indonesia Office, following a six-month collaboration with the PSIK team involving committed research across the country.

The book and related materials were launched and presented by the PSIK and FES teams across universities and schools across Indonesia from March to October 2017. It has been translated into English and Arabic to showcase the real-life examples of tolerance in Indonesia to an international readership. ###

First published on the FES Indonesia website, the story has been adapted and formatted for style. For more information on the work by Friedrich-Ebert-Stiftung in Indonesia, visit the country office website and contact the office team. 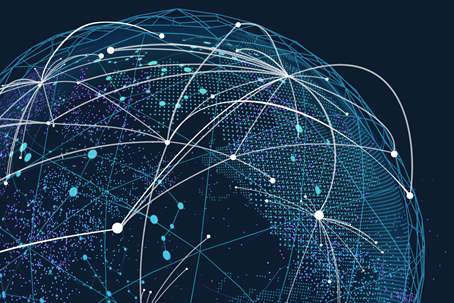 Jakarta (Indonesia) – The digital economy has consequences for both organized and informal labour, requiring steps by employers, the government and…