Developing countries must do more than boost exports if they hope to improve workers’ lives. But which industrial policies have proven best at stimulating social and economic upgrading?

Increasing exports does not automatically improve conditions for everyone, according to experts: Specific policies are needed to tackle inequality, working conditions, and other aspects. And those policies must be drawn up in consultation with workers’ representatives to be truly effective.

“Firm-based negotiations often lead to high wage dispersion,” said Hansjörg Herr, professor for supranational integration at the Berlin School of Economics and Law at an expert meeting in Hanoi which he attended as author of a publication (link) on the conditions for economic and social upgrading and the role of industrial policy. “Sectoral collective bargaining should be one element of social upgrading.”

The meeting in Hanoi on 11 July was held by Friedrich-Ebert-Stiftung to discuss how industrial policy can best support social and economic upgrading, based on ongoing research in Bangladesh, Indonesia, Republic of Korea, Pakistan, the Philippines and Viet Nam (link).

Income from exports often enriches companies and their owners, or even governments, without addressing inequality, multidimensional poverty, workers’ rights or the middle-income trap.

The topic is receiving increasing attention from academics and civil society, and is starting to gain traction with policy makers. The concern is that income from exports often enriches companies and their owners, or even governments, without addressing inequality, multidimensional poverty, workers’ rights or the middle-income trap. The hope is that the right policies can counter this by supporting a development known as upgrading.

Economic upgrading means increasing productivity through new technologies and increasing skill levels, and is often associated with a country’s shift upwards in the value chain. Social upgrading means the extent to which that translates to improvements for workers in terms of quality of employment, real wages, and other less obvious metrics.

There were positive findings from some of the delegates. In one province in Viet Nam, a carefully designed industrial policy has transformed the economy and lives of the people. Binh Duong, just north of Ho Chi Minh City, has seen per-capita income more than triple from 2000 to 2015, its industrialization overtake much of the country, and official poverty levels fall from 12 per cent in 1997 to zero today. 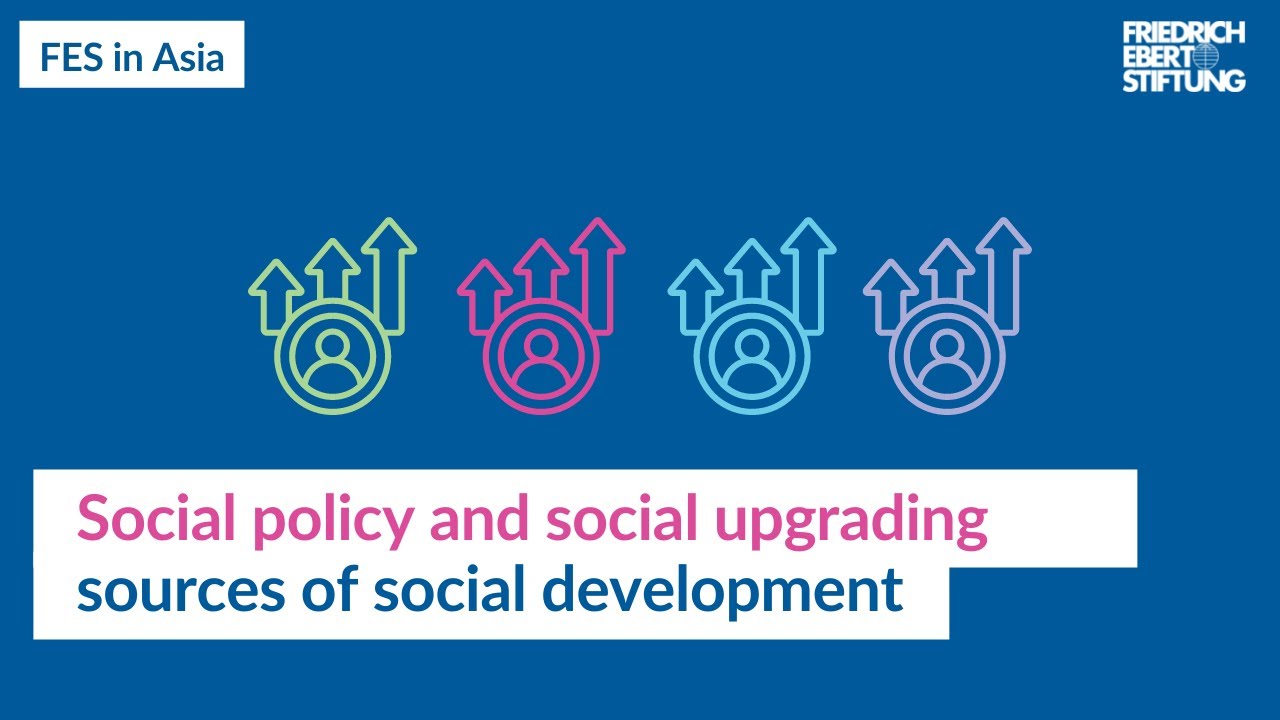 Key to this success was coordinating infrastructure, economic and social investments, explained Do Quynh Chi of the Research Center for Employment Relations, and head of the Viet Nam research. “The most effective industrial policies are horizontal policies,“ she said. Binh Duong now has the best roads in the country, and the industrial zones were designed as centres of production, residences and services combined.

These services include notably more than 40 centres for vocational training, which have provided new opportunities for local people impacted by the developments, and also attracted workers from other parts of the country to further boost the labour pool.

In Bangladesh, the growth in exports over the past 20 years has been an undeniable boon to the country, explained Khairul Alom, senior lecturer at the School of Business Studies of Dhaka’s Southeast University. However, inequality is still increasing, with Bangladesh seeing the fastest growth in the number of ultra-wealthy people between 2012 and 2017, he said. “This is an alarming issue indeed.”

Policies aimed at eradicating poverty would be the most effective for social upgrading, he said. Measures to enhance the social safety net would also help, such as health benefits and rehabilitation for the homeless, he added. “In Bangladesh almost 20 per cent of people still suffer from absolute poverty. We need to eradicate that.”

Researchers gathered feedback for their findings so far from their peers. The final papers are to be submitted by September, and presented in a regional conference in November.

The 11 July meeting constitutes the first phase of the Core Labour Standards plus (CLS+) II, a regional project of Friedrich-Ebert-Stiftung in Asia, which will focus on social and economic upgrading over the period 2019-21. 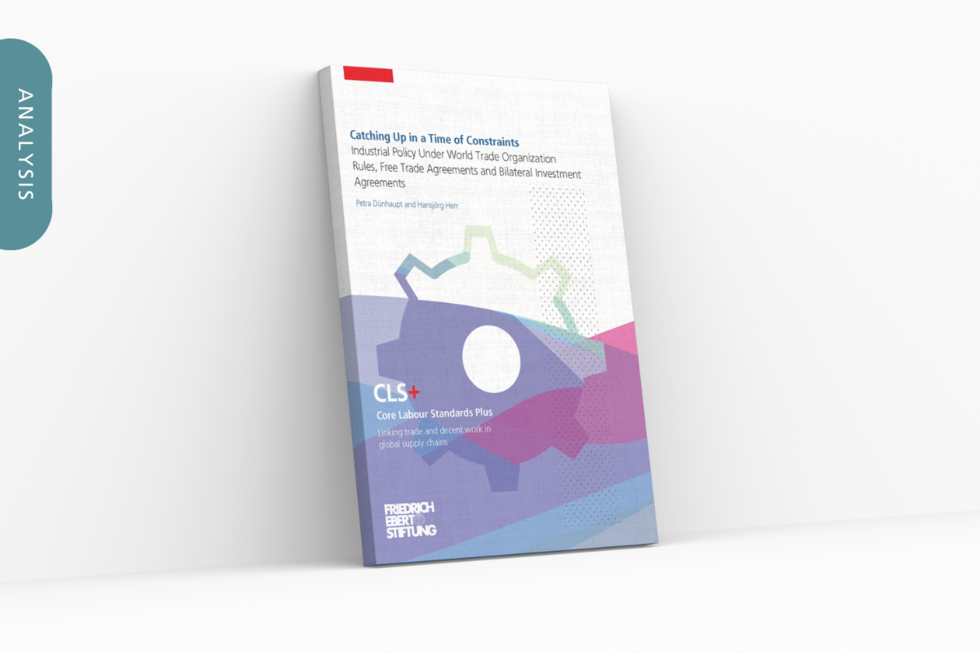 Catching up in a time of constraints

The complicated interaction between industrial policy and the constraint of an ever-tighter corset of rules under the World Trade Organization, free… 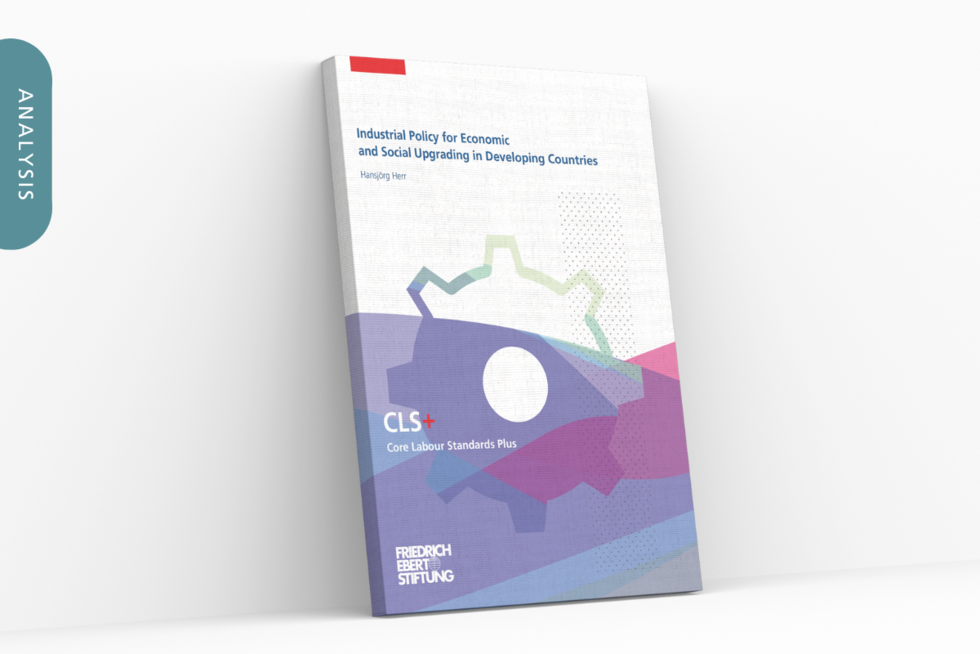 Industrial policy for economic and social upgrading in developing countries