The right to freely associate, bargain and be free from discrimination for exercising labour rights should continue to form the cornerstone of a renewed social contract in the future due to the increasing precarity of work and inequality.

The International Labour Organization (ILO) is celebrating its 100 years of existence this year, and the 108th International Labour Conference (ILC), taking place in June in Geneva, will mark the centenary achievement. For the ILC, a report on the future of work was generated to highlight what issues remain or are emerging that must be tackled regarding workers' working and living conditions and their rights. In preparation for the ILC, the International Trade Union Confederation (ITUC), in collaboration with Friedrich-Ebert-Stiftung, organized pre-meetings in four regions.

“At the heart of a future of work declaration is restoration of the core value that labour is not a commodity,” says Patuan Samosir, Director for Organizing and Projects, ITUC Asia Pacific, who attended one of the four pre-ILC meetings, in Kathmandu, in March. Samosir, who has some 22 years of experiences in trade union work, including as former director for research and education at the Indonesia Trade Union Confederation, spoke with FES on issues of relevance to the upcoming ILC.

A key part of the preparations for the 108th International Labour Conference is the Future of Work report, prepared by a high-level commission, which speaks to the consequences of technological developments and climate change on working and living conditions and workers’ rights. The trade union movement participated in the preparing of the report and is now demanding an ILO declaration based on the report. How would this declaration be an important part of a new social contract and how can the trade union movement benefit from this in the future?

The previous ILO declarations—the Declaration of Philadelphia (1944), the Declaration on Fundamental Principles and Rights at Work (1998), the Declaration on Social Justice for a Fair Globalization (2008) and the Agenda 2030 for Sustainable Development (2015)—were inked at historic times, when States, labour and employers agreed to the need of renewing the universal consensus of putting fundamental human and economic rights and needs first in addressing the challenges of post-war recuperation and globalization.

At the heart of a future of work declaration is restoration of the core value that labour is not a commodity. It is important for the trade union movement to reiterate the role of the ILO as well as the fundamental standards and principles, as the global economy and the world undergo irreversible transformations brought on by technology, artificial intelligence and climate change. The right to freely associate, bargain and be free from discrimination for exercising labour rights should continue to form the cornerstone of a renewed social contract in the future due to the increasing precarity of work and inequality.

Another important topic of the ILC is the proposal of an ILO convention to end violence and harassment in the world of work. To what extent did the #MeToo and other revelations on gender-based sexual violence act as a push factor to put the issue on the ILO agenda?

Gender-based violence was first discussed at the International Labour Conference in 2009. It was agreed by trade unions and employers that gender-based violence encompassed multiple violations of the fundamental principles and rights at work, and it posed a critical and major global challenge to the goal of equality between women and men. It was followed by further research, surveys and discussions for standards setting. At the same time, the trade union movement was pressing for instruments, protection and remedial measures to redress domestic violence in law and at the workplace. The #MeToo movement, which has become global, is a wake-up call to the world that gender-based violence transgresses the boundary of work, community and family and that the gravity of the problems should be addressed by universal instruments covering a scope wide enough that no one will be left behind.

The ITUC is against a stand-alone recommendation on violence and harassment but promotes a convention supplemented by a recommendation. Can you explain why the choice of instruments is so important in this case?

The ITUC urges a gender-based violence convention that would be a legally binding international treaty to be ratified by member States. Ratifying member States are obliged to legislate or amend the domestic legal framework for consistency with the convention and to report to the ILO supervisory bodies. A member State has the obligation to avail itself for review of the implementation of the convention by the ILO supervisory bodies. Workers and employers have the right to bring forth a complaint or examination of the implementation at the international labour conference. Whereas recommendations as non-binding guidelines could be more elaborative than the principles laid down in a convention, the member States are not bound to subject themselves to the supervisory mechanisms regarding implementation.

The ITUC notices the reservations of many governments for an overly prescriptive convention on gender-based violence posing uncertainties for ratification and implementation at the national level. We urge a binding gender-based violence convention lay down principles and be supplemented by a recommendation to address and alleviate the concerns regarding the scope and content of the instruments.

What are the major controversies between the parties, especially employers' and workers' organizations, regarding the proposed convention? How have trade union movements formed alliances with other civil society organizations active in the field of gender-based violence for their lobbying activities in the run-up to the ILC?

Governments and employers prefer a narrow and static definition of violence and harassment to acts that have been taken, instead of a continuum of inappropriate, unacceptable, verbal and physical abuses, threats or actions creating physical and psychological impact. There are also controversies over the broader scope of workers (including apprentices, jobseekers and all forms of workers), work-related places (including to and from work, business missions, on and off working hours) and protection of discriminated and marginalized groups in a non-exhaustive list.

Another issue on the agenda of your meeting is multilateral development finances and labour safeguards. How does the trade union movement see its role in protecting workers' rights in large foreign investment projects on infrastructure as they are foreseen, for example in Asia in the frame of the Chinese-led Belt and Road Initiative?

The ITUC and the global union federations are calling for consistent, universal labour and social safeguards and mandatory due diligence to be adopted by all multilateral organizations and international financial institutions. This should be applied by the major international financial institutions and multilateral banks funding infrastructure and development projects in the Asia region, namely the Asian Development Bank, the Asian Infrastructure Investment Bank and the Chinese development banks, which are active financial engines of the Belt and Road Initiative. 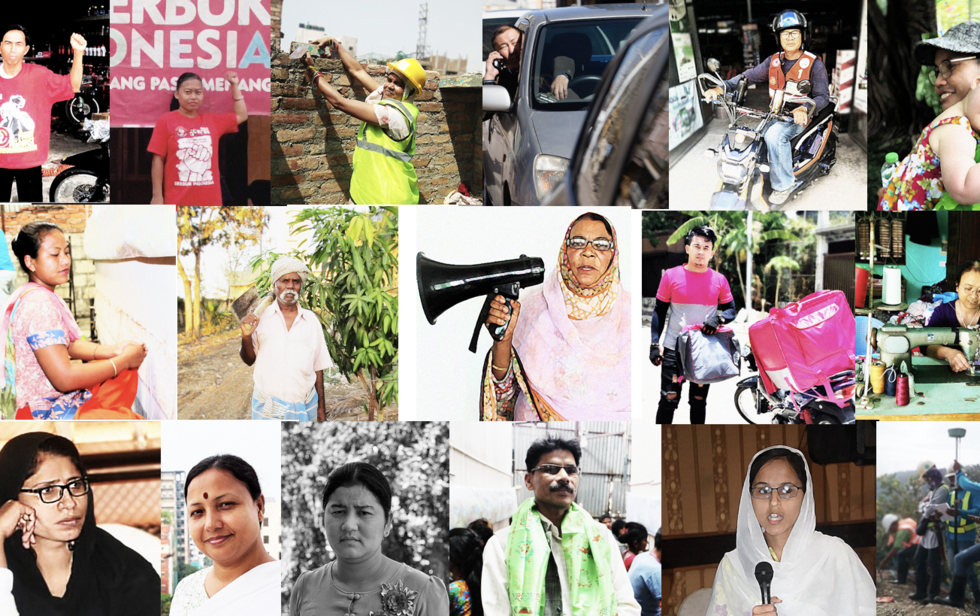