For a trade deal to be fair, it must benefit workers all along the supply chain. To make sure this happens, workers must have a say in policies and negotiations.

A proposed free trade agreement between 16 countries in Asia and the Pacific is set to have a significant impact on workers. Affiliates in Asia of the global union federation IndustriALL will gather in Singapore on 10-11 June 2019 to discuss their concerns and adopt an action plan.

The Regional Comprehensive Economic Partnership will cover the 10 member states of the Association of Southeast Asian Nations, as well as the six Asia-Pacific countries that already have deals with the bloc.

Annie Adviento is IndustriALL’s regional secretary for the South-East Asia office. She told the Friedrich-Ebert-Stiftung about the challenges faced by workers in the region.

What are the key challenges facing workers affiliated to IndustriALL unions in Asia?

Asia is a very diverse region, not just culturally but also in terms of political culture and economic development. Nevertheless, in each of the least developed countries of Cambodia, Laos, Myanmar and Bangladesh, the biggest challenge is the power of global capital over the supply chain.

Global companies are taking advantage of weak labour laws in these countries by denying workers freedom of association and right to collective bargaining. This allows those companies to keep wages and working conditions below decent standards.

Many of our affiliates risk their rice bowls, as we say, if they challenge this power, given the scarcity of employment opportunity in those countries.
Union leaders have been unfairly dismissed, transferred, downgraded or harassed just because they were exercising their rights. And sadly, the weak institutions of governments often fail to protect workers or provide access to remedies. This causes hundreds of working families to lose their incomes and fall under the poverty line.

What needs to be done to uphold workers’ rights in Asia?

Workers must leverage their connection to the global union federation. Collective bargaining at the global level is an avenue to uphold workers’ rights. So we had the idea of a global framework agreement.

Such a framework could persuade multinational corporations to accept our terms regarding freedom of association, right to collective bargaining, dispute settlement, sound safety and health policy, and sustainable development and environment protection, among others.

A global framework agreement would bind not only those corporations but also their suppliers and contractors. All parts of the supply chain would be obliged to respect fundamental human and labour rights in line with the International Labour Organization’s Declaration on Fundamental Principles and Rights at Work (link) and other standards.

For the least developed countries, we also work closely with other trade unions and political think tanks, including the Friedrich-Ebert-Stiftung, to provide trainings on worker organizing, collective bargaining, women’s rights, and corporate research for union activists.

We know that government need to create employment opportunities, and we support that. But workers need employment security and decent living wages too, and these aspects cannot be left to market forces in a globalized world.

IndustriALL urges national governments to regulate the power of multinational corporations in several regards. They must tackle the problem of tax evasion and avoidance, to ensure national income can be used for human capital, infrastructure and local industries. National governments must also guarantee workers’ social, economic and environmental rights.

Importantly, workers must have a say in industrial and economic policy, as their lives are directly affected.

The conference in Singapore is the first stage of a project to support the global Trade & Industrial Policy Working Group in Asia Pacific. There will be similar conferences in the Americas, Africa and the Middle East and North Africa region.

We support a fair global trade policy that serves the interest of the 99 per cent. We oppose any trade agreement that goes against the following principles:

We encourage our affiliates at national, regional and global levels to write to their respective governments to demand transparency in negotiations of trade agreements. We also encourage them to engage with relevant ministries and organize events rallies when trade negotiations are held.

At the global level, we will make use of international forums to voice our concerns, including at the World Trade Organization’s Ministerial Conference and Global Forum, and the UN Conference on Trade and Development.

What is your position on trade deals?

We stress that trade must work for the benefit of all people, and make workers’ rights a reality. Multilateral institutions such as the WTO are a better platform for negotiations than deals between countries.

Such platforms can address the race to bottom regarding standards that has resulted from the mushrooming of bilateral and regional trade agreements of the past decade.

Given their different stages of economic development, our affiliates across Asia do not have a common position on the Regional Comprehensive Economic Partnership (RCEP). This conference will be a platform for everybody to express themselves and engage in democratic debates.

Nevertheless, we can provide four general points on where we stand with regards to the RCEP:

The interview was edited and condensed for clarity.

For more information on the cooperation by FES with IndustriALL contact the FES Office for Regional Cooperation in Asia and follow the official Facebook fan page for daily updates. 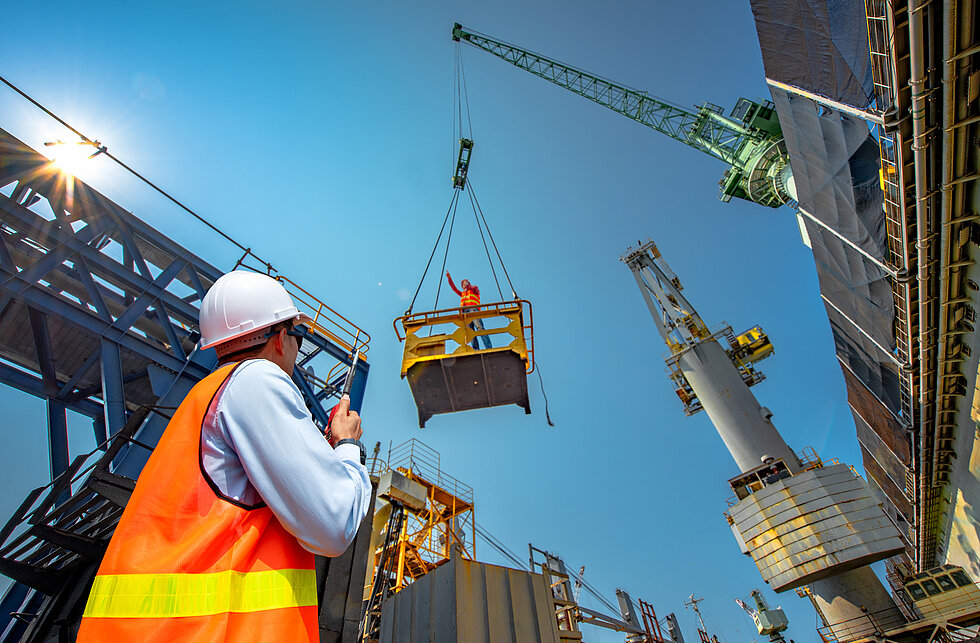 The right industrial policies can stimulate economic and social upgrading

Developing countries must do more than boost exports if they hope to improve workers’ lives. But which industrial policies have proven best at… 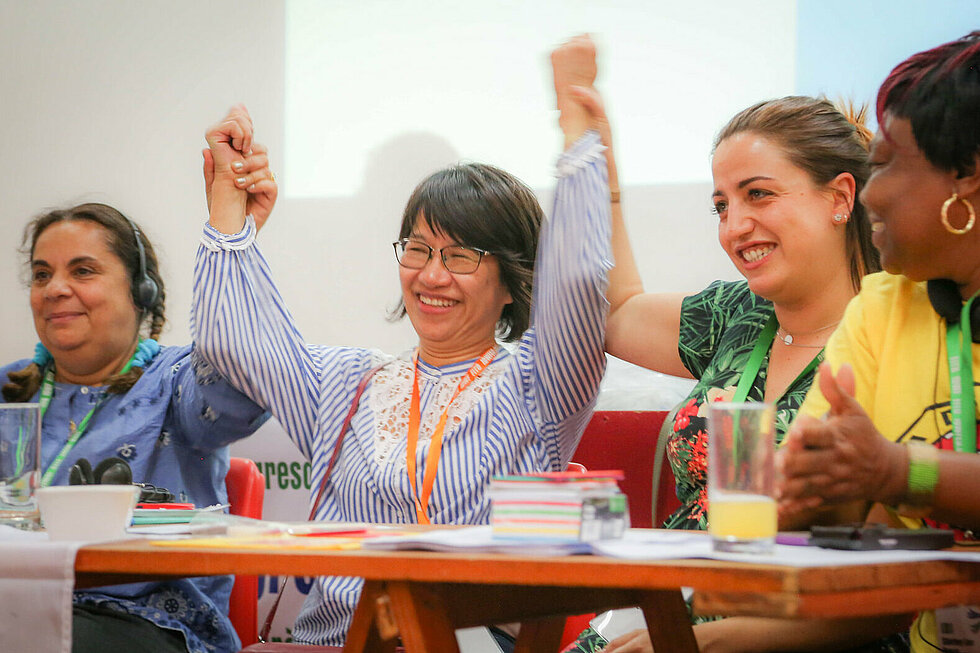 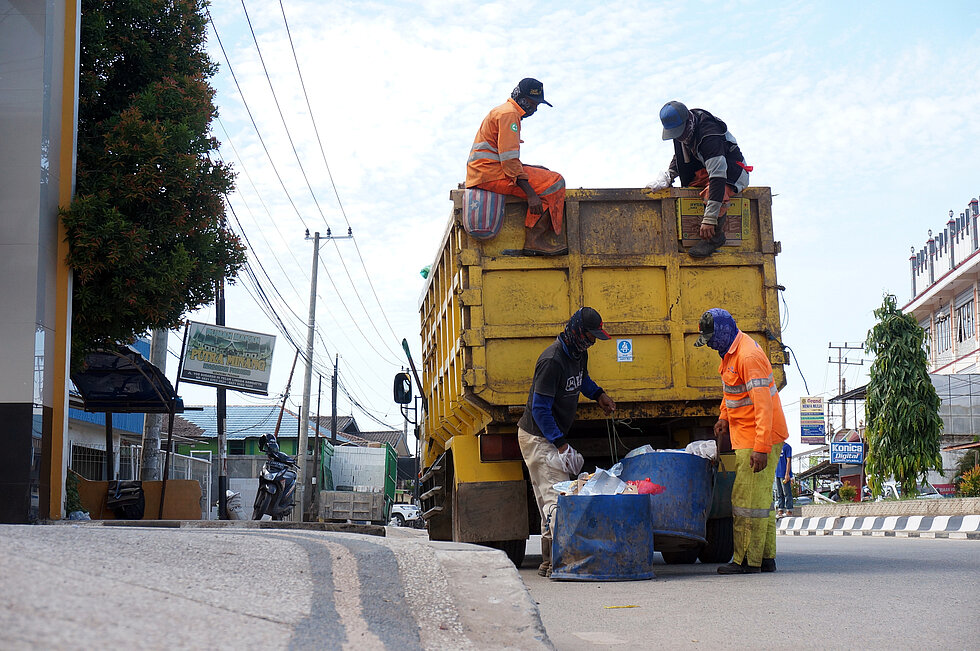