Vietnam plays a key role in the evolving geopolitics of Asia. Professor Pham Quang Minh, former dean of the University of Social Sciences and Humanities, Vietnam National University, discusses the role of the EU in the Indo-Pacific, its cooperation with Vietnam and their joint agenda to promote the international rules-based order.

What is the role of the European Union in the Indo-Pacific?

Cooperation in the Indo-Pacific region is crucial to implementing the international community’s global agenda. As a main player in the international arena, over the years, the EU has consistently made significant contributions in the region in terms of development cooperation and human assistance, tackling climate change, biodiversity loss and pollution, and contributing to upholding international law. Therefore, the EU has a big stake in the Indo-Pacific region and has every interest that the regional architecture remains open and rules-based.

Since the end of the Cold War, the world has been changing dramatically in terms of global economic and power shifts. The region has become crucial for European economic and security interests, to maintain the global balance of power and in strengthening the multilateral agenda. The current events in Afghanistan, a peripheral area of the Indo-Pacific region, show even more clearly how necessary a unified European foreign policy agenda is if the Union is to continue to be taken seriously in the international arena. It must also serve to secure a much more independent position for European foreign policy than has hitherto been the case within the framework of transatlantic cooperation.

With the current geopolitical dynamics, namely the rise of a rivalry or systemic competition between the United States and China for influence in the region, the EU will play a key role as a balancer.

What are Vietnam’s relations with the EU? What does the EU offer for Vietnam?

Vietnam and the EU established their official relationship in 1990, right after the end of the Cold War. In 1996, the EU and Vietnam endorsed a Framework Cooperation Agreement defining the legal foundation of a new partnership. From a joint humanitarian programme of receiving over 100.000 Vietnamese “boat people” in the beginning, today the bilateral cooperation extends to many important areas such as trade, environment, energy, science and technology, good governance, as well as peace and security. Every year more than 250,000 Vietnamese tourists visit Europe. It has also become a destination for more than 15,000 students from Vietnam. The EU as a whole is now one of the biggest partners for development cooperation with a support of around 250 million euros.

2019 marked a milestone of bilateral relations as the EU and Vietnam signed a Framework Participation Agreement, a military-to-military agreement that allows Vietnam to participate in missions and operations under an EU flag. As a key ASEAN country, Vietnam has gained a prestigious status in the area of global peace and security.

In 2020, despite the COVID-19 pandemic, the EU-Vietnam Free Trade Agreement (EVFTA) and EU-Vietnam Investment Protection Agreement (EVIPA) entered into force with a view to build on the bilateral trade that was already in excess of 50 billion euros last year.

What will the Indo-Pacific look like in 2040? What are potential disruptors and drivers of change?

The launch of Indo-Pacific strategies by different countries in recent years speaks to the long-term importance of the region. The Quadrilateral Security Dialogue (also known as the Quad) is step-by-step moving from statements and declarations to actions. The four countries – the US, India, Japan and Australia – have a consensus on taking their cooperation forward within this framework. The common issue among them is the rise of China and its assertive policy toward the region. The relations between the superpowers China and the United States, and most recently Australia and China, will continue to undergo strategic tensions, while the increased strain in China-India relations is also of impact for the region. Some speak of the emergence of a potential regional security cooperation mechanism like an Indo-Pacific treaty organization similar to NATO. For the Quad, however, it will be difficult to grow further and to formally enter into partnerships with countries like the Philippines, South Korea, New Zealand, Bangladesh or Vietnam, as well as other ASEAN members, since most countries are cautious not to pick sides in the evolving great power competition.

China’s rise is potentially a disrupting force. On the other hand, the growing US presence in the region will be an incentive for China and Russia to forge even closer ties. What seems certain is that the competition between the US and China will continue across different arenas in the foreseeable future, especially when it comes to attracting partners.

In order to ensure the safety of all involved and comply with latest COVID-regulations, this interview was conducted in written form. The views in this article are not necessarily those of FES. 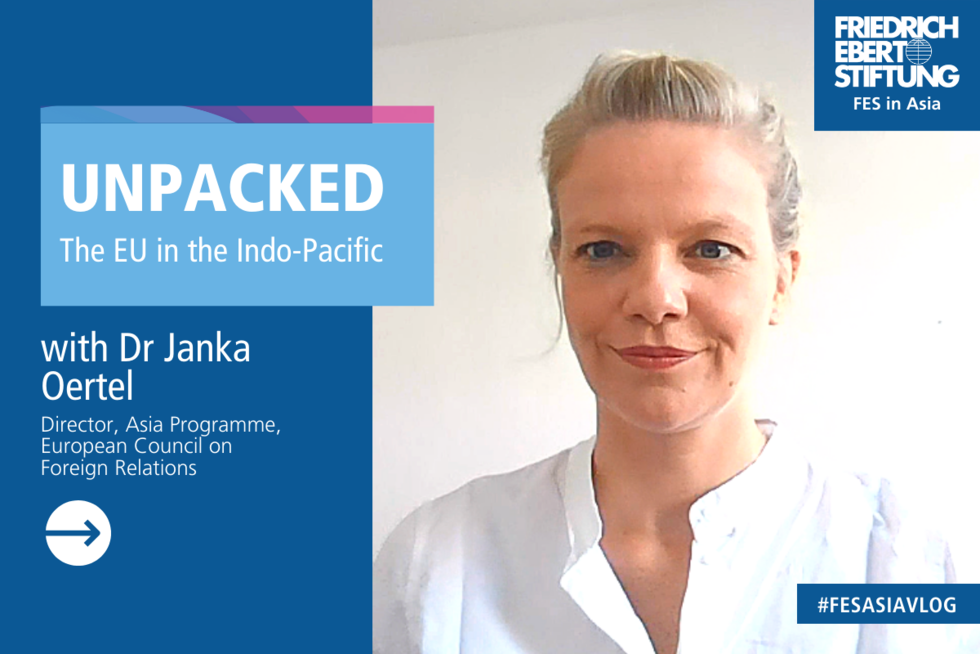 The European Union needs to take its own agency seriously to be able to effectively handle the new geopolitical challenges that are emerging in Asia.… 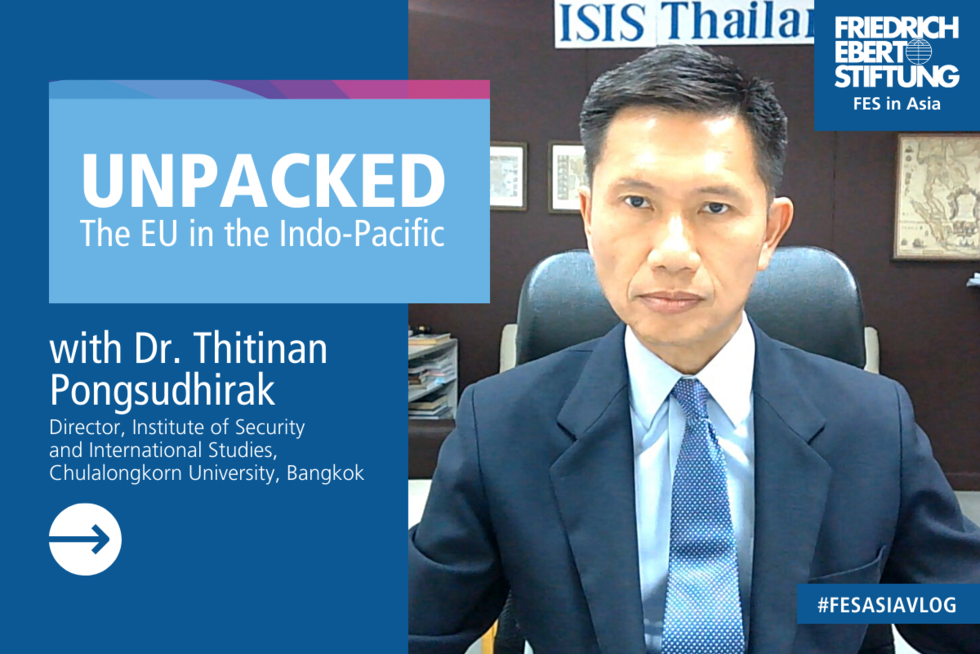 The ASEAN region is in the spotlight of the evolving US-China rivalry. What role does the EU play in the region and Thailand in particular? Dr…