Interview with Gotelind Alber on a genuine gender-sensitive climate transition for Southeast Asia.

Gender equality is not only a fundamental human right, but also called for in the 5th Sustainable Development Goal adopted by the United Nations in 2015. In the context of a social-ecological transformation, gender-specific issues need thorough serious consideration.

For example, women in informal urban sectors and rural areas will be especially affected by the impacts of climate change. Accordingly, Nationally Determined Contributions (NDCs) need to reflect each country’s efforts to mitigate both climate change and climate change-related gender indifferences. Furthermore, while women may be more strongly impacted by climate change, they represent untapped potential in the fight against it. For instance, they tend to live more sustainably, consume less, and use public transport over private vehicles. If the global majority behaved more like women, it would immediately reduce greenhouse gas emissions substantially, by up to 30 per cent.

Together with Vietnam’s Climate Change Working Group (CCWG), Friedrich-Ebert Stiftung (FES) in Vietnam organized the PRE-COP25 conference in Ha Noi on October 8th advocating for a gender-responsive socio-ecological transition for Southeast Asia. Since it is undoubtably time for action, decision makers represented at the 25th Conference of the Parties (COP25) need to enhance the effective implementation of gender-responsive approaches.

Working as an energy expert and climate and gender advocate, Gotelind Alber held a keynote speech at the PRE-COP25 event. She is the co-founder of the Berlin-based non-governmental organization GenderCC – Women for Climate Justice, which promotes gender equality in climate protection worldwide.

What drove your involvement in climate and gender issues and when did you realize it was time to act?

During my studies I got involved in environmental policies at the end of the 80s. Soon afterwards, climate change became the main narrative for sustainable energy efforts. As one of less than 5 percent of women studying physics in Germany, I became aware of the imbalance of gender at German universities. At the first COP in 1995 after the UN Framework Convention on Climate Change (UNFCCC) had entered into force, women were already gathering informally and in parallel to the conference as a form of protest. The conversation turned to women’s issues and their underrepresentation in sustainable energy approaches. Around 2000, I realised the need to sharpen the focus within the anti-climate change movement on social and gender issues, because it was mainly focused on technology and science. Thus, I started to link my engagement in climate policies with highlighting gender issues.

Still, gender as a policy topic often seems too abstract for concrete policy discussions. How can we transfer the concept of gender-responsive transition to the regional, national and local levels?

I think it is least difficult at the local level, because climate policies are more practical and concrete there. One main example is the transport sector. On the one hand, it contributes tonnes of greenhouse-gas emissions, with an increasing tendency in most countries, and it is proving complicated to find sustainable solutions. On the other hand, analysis of the transport sector is providing a variety of data about gender differences, illustrating that in most countries women’s carbon footprint related to transport is way smaller than men’s. Women tend to use public transport, walk and cycle more often. If we could convince the majority to behave like women regarding their personal mobility, we would immediately save 30 percent of greenhouse-gas emissions.

Moreover, transportation demonstrates quite clearly that women are doing most of the care work. In contrast with the quite simple trip patterns of men, who tend to drive to work and maybe to sports or a pub in the evening, female trip patterns are typically more complicated: After accompanying their children to school, women go to work, run errands afterwards and pick up their children on the way home. A sustainable prospective public transport system rather must be designed for these female needs than for simple male trip patterns.

This represents exactly the strategy of GenderCC. Accordingly, we work with women’s organizations in various countries. Women generally need to get engaged firstly in climate policies and secondly in gender-responsive climate policies. Right now, we’re working in India and Indonesia, partly with large national women’s organizations who have branches in different locations. We also try to include smaller local women’s groups in our projects and work with them closely towards development approaches applicable in their own communities or cities. For instance, local women’s organizations in Mumbai collaborate with fishing communities towards gender-responsive solutions, since these communities are also affected by climate change.

In Southeast Asia in general and in Vietnam in particular, climate-related power structures are predominantly male dominated. How could civil societies contribute towards gender-equalizing these power structures?

I assume this problem is not limited to climate policies. In general, most decision makers at a local level are men. However, at India’s local level, council authorities follow a women quota system. Evidently, this has led to an improvement of local policies. Research on the policy outcome of these councils found that most women were rather working towards practical improvements for the community than towards big symbolic investments that only raise the profile of policy makers. Hence, pushing for women’s quotas in local government can be an effective approach for civil society.

Southeast Asia is a region with many people living and working in informal sectors. Most of these informal sector workers are women. How can we inform these women about climate change and gender-related risks?

First, women must understand that their experiences are part of a pattern, and that pattern is related to climate change. After that, there are usually two possible solutions: On the one hand, public authorities must be urged to enhance local infrastructures, because women in informal sectors usually suffer most if there is no sanitation and water infrastructure. On the other hand, a helpful approach is to work directly with women to improve their daily lives. For instance, practical programmes in South Africa’s informal sector help women by adding a second insulating later to the single-sheet metal roof of their shacks, greatly reducing the heat in summer. Thus, GenderCC basically offers or designs a methodology together with its partners aiming to create a more systematic approach: We analyse the institutional setting of authorities as well as action programmes and individual actions from a gender perspective. Consequently, this leads us and our partners to formulate policy recommendations.

Greta Thunberg recently had a widespread global impact on the climate movement. How do you think her speech has also influenced the feminist movement?

It seems like her engagement encouraged many young women to become active. Looking at the Fridays For Future or the anti-coal movement in Germany, one sees lots of young women’s faces. Already 20 years ago, the local level of environmental engagement was predominantly dominated by women, but now they are becoming visible and – most important - speaking out and taking leading roles.

Melissa Hiltl is a German M.A. student of International Relations/ Peace and Conflict Studies. She supported the climate work activities of FES Vietnam as part of her internship.

For more information on the FES climate project in Asia, visit the FES Vietnam website and follow their daily updates on the Facebook fan page.For further information on gender and climate change, watch this video. 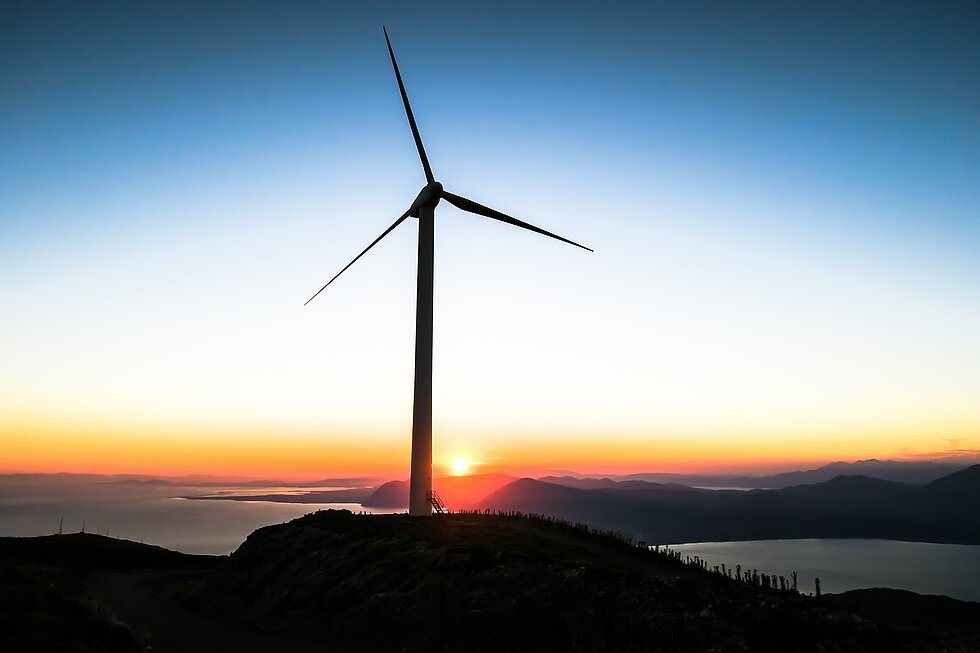 Renewable energy can be “win-win-win” for Vietnam