An interview on empowering women in Pakistan’s local politics with Shad Begum.

Despite quotas and rising awareness, women remain unrepresented in Pakistani politics, especially local government. Friedrich-Ebert-Stiftung Pakistan has been holding workshops to help women run for office. Lead trainer Shad Begum spoke with us about her experience as a local politician herself, and what needs to be done to really engage more women in politics.

How do you assess women’s participation in Pakistani politics today?

Shad Begum: Women's political engagement in Pakistan is increasing, largely due to the local government system, which allows women who are not professional politicians to join politics at a local level more easily than at higher levels. We are all aware that joining regional or national politics for women in Pakistan is incredibly challenging due to the fact that money and family background always have a great influence, producing more obstacles and hurdles for an outsider woman. Thus, having a significant number of elected women representatives in the local government system is a major accomplishment – especially in areas where politics is perceived as a male domain and many women were not even allowed to vote by their families in recent years.

Once elected, there are still many obstacles for women who sit on local councils. Often, and despite the Local Government Acts in all the provinces of Pakistan stating women are equal members of local councils, they are not treated equally and struggle to access local government funds for their projects. Especially in rural areas it will continue to be challenging for elected women to question and transform prevailing and long-established attitudes.

You have been active in local politics. What was your experience?

Shad Begum: I ran as an independent candidate in two local government elections. This was also to encourage women at the grassroots level to run for public office themselves. During my first term I was an elected member at the tehsil level (the second-lowest administrative unit in the Khyber Pakhtunkhwa province of Pakistan), and during my second tenure I was a member of the district council (the next level of local government in Khyber Pakhtunkhwa).

The situation was somewhat improved during my second tenure at the district level. We were used to sitting in a partitioned council hall and being able to listen and talk during council sessions. We were also included in district monitoring committees, which allowed us to communicate with our male counterparts and district line departments. These encounters greatly aided us in participating in the majority of issues. The conditions I have detailed here, based on my own experience, have been the tale of nearly every elected woman since the local government system was implemented. However, over time the situation is improving as more women demand equal and meaningful involvement in the local government system.

Now you are training women who want to engage in local politics in rural areas. What is their experience and what should be done to facilitate their political ambitions better?

Shad Begum: Since the introduction of the Local Government Act in 2001, I have worked closely with elected women and youth councillors to equip them with the necessary information and skills. Despite the fact that the majority of the elected women were illiterate, after we taught them about the law and its functions, we discovered that they were leading and serving effectively and efficiently any time they were given the opportunity. The majority of the elected women began standing up for their rights as elected members in the councils after becoming aware of their function, duty, and authority, and also began seeking out their fair part of the finances and other processes guaranteed by the Local Government Act.

We observe that women in rural regions are becoming increasingly interested in joining local-level politics as a result of facing challenges for decades without any political party showing any interest in resolving them. In our trainings, women from rural and isolated regions were very eager to learn more about the local government system, election campaigns, and community development.

I am certain that we must continue to train elected women from rural regions while also providing them with exposure and networking opportunities with like-minded groups and individuals in order to exchange, share and learn from each other’s experiences. Naturally, women in rural regions have less exposure due to a lack of mobility and connectivity. We must assist them in connecting with active women politicians so that these women may benefit from their practical experience of effectively launching and sustaining political careers. By doing so, they will pave the road for more female political leadership in rural regions and become role models for other women to follow at the local level.

How can greater numbers of women gain leadership roles in local politics?

Shad Begum: Individual women have already started taking up the leadership roles in local politics by participating in the local government system. It is now the political parties’ job to give more space to women and engage them actively through training and exposure instead of ignoring them. The political parties need to invest in women's political leadership.

It is also the duty of the Election Commission of Pakistan and the Local Government Departments to guarantee that all laws and policies that can help expand women's political leadership are properly implemented. Additionally, these institutions must guarantee that localities and political parties do not engage in practices that prevent women from actively participating in politics.

Finally, women themselves need to advocate for their rights and real representation in their respective political parties. In the past, we have seen that most political parties take their female workers for granted and seldom allow them to take the lead in creating their own political careers. Political parties must provide general-election tickets to women instead of limiting to seats reserved for women. It is very simple: The more women participate in our political system through direct elections the stronger their political leadership will become. I believe that the future belongs to women. Women are stepping out and taking the lead in many nations around the world, not just in Pakistan.

Shad Begum is the founder and executive director of the Association for Behaviour and Knowledge Transformation, an organization working toward the economic and political empowerment of Pakistan’s underserved communities with a special focus on women and youth. Shad is an Ashoka Lifetime Fellow, Acumen Fellow, and Regan-Fascell Democracy Fellow. Shad is also the recipient of the US Department of State’s International Woman of Courage Award and the Prize for Creativity in Rural Life awarded by the Women’s World Summit Foundation, Geneva. Shad holds a bachelor’s degree from the University of Malakand and an Executive MBA in human resources management from Preston University.

Shad is a TED speaker and gave her first official TED talk in 2018.  In 2019, Shad founded Women Voices Pakistan, an initiative to feature, connect and amplify the efforts of women and girls for an equal and just world. In March 2022, Shad Begum’s efforts for girls' education were acknowledged at the national level and she was awarded the certificate of honour as Pride of Pakistan 2022. 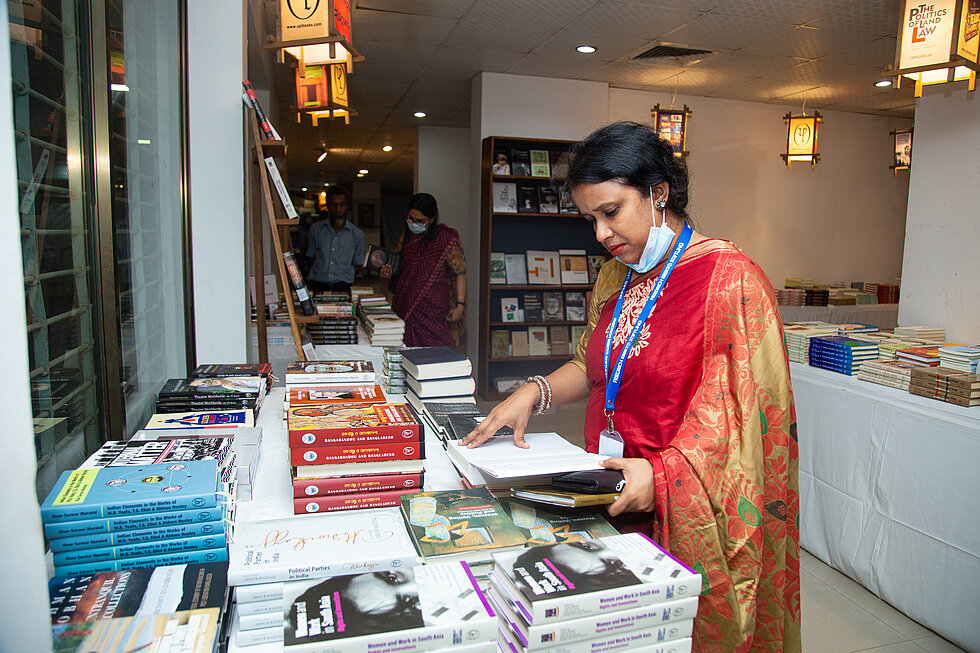 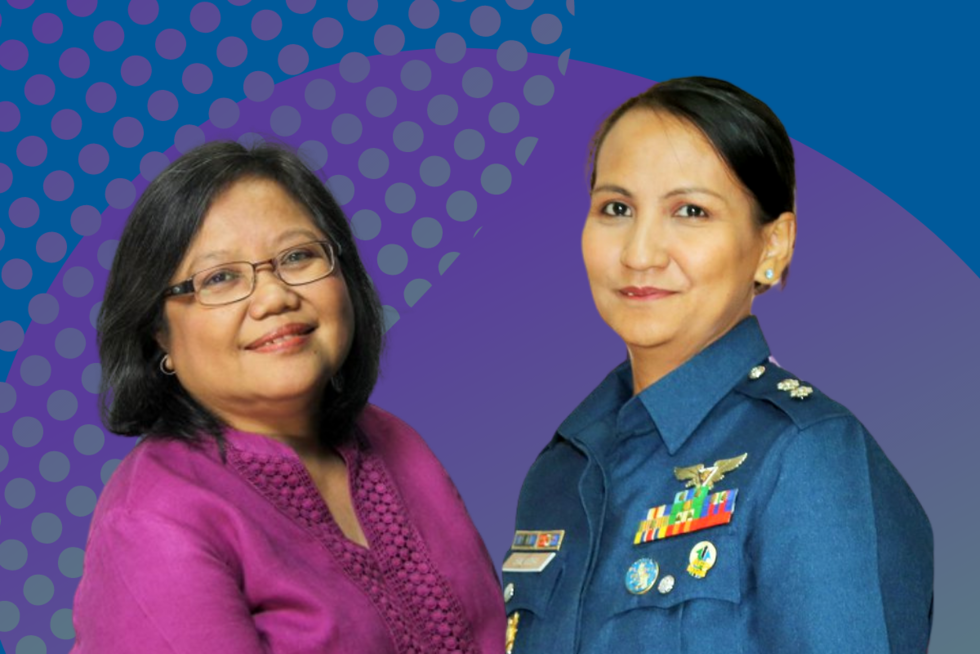 With spaces for dialogues and leadership expanding in government and civil society, women in the Philippines have taken up the role of peace leaders… 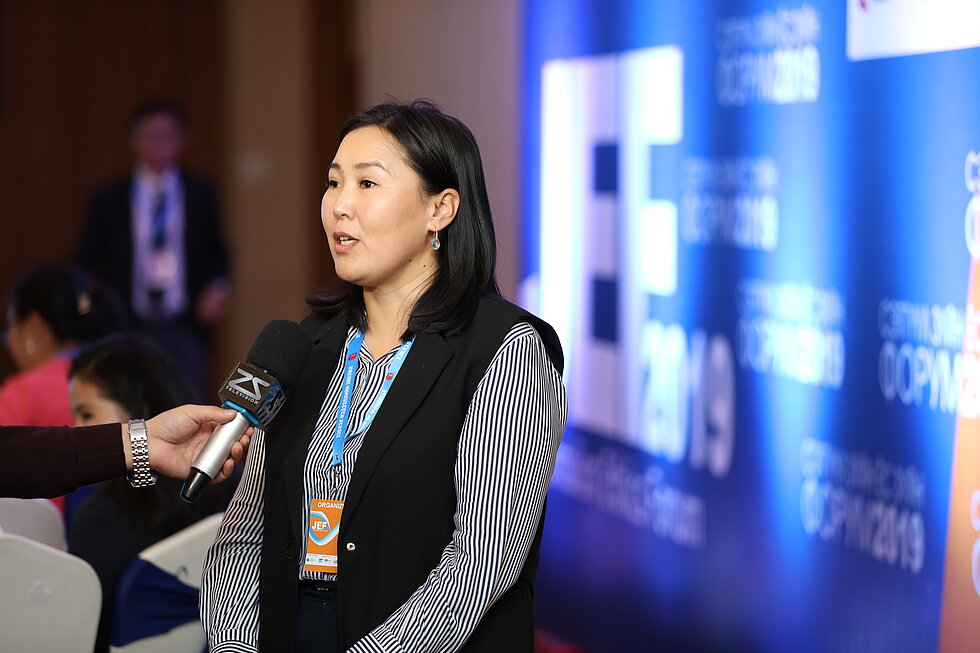