FES Indonesia hosts capacity building for young people aiming to enhance awareness on key social, political and cultural issues, while equipping them to become progressive leaders of their country.

In March 2021, the Friedrich-Ebert-Stiftung Indonesia Office held, for the first time, a training programme for young people called Young Progressive Academy (YPA). For four weeks, 21 emerging leaders from across Indonesia attended lectures from prominent national figures and were actively involved in discussions as well as accomplishing group and individual assignments. The attendees came from different provinces and backgrounds, and included students, civil servants, NGO representatives, and political party cadres. The topics of the modules ranged from nation-building and citizenship to the United Nations Sustainable Development Goals. In total, the participants attended 16 sessions of lectures and debates and three discussions for group assignments.

The initiative was prompted by a concern regarding the lack of support for the current young generation to develop themselves as leaders in their communities with progressive values and general knowledge about the country’s emerging issues. Moreover, the country has enjoyed a demographic bonus since 2020 until 2030, where the working-age population outnumbers those too young or old to work. This ratio has peaked in 2021 when the working-age population is almost 71 percent of the country’s total population of 270.2 million. This development only brings more overwhelming expectation on youth, where the demand for them to become future leaders is not sufficiently followed up with support and facilitation.

Another important issue – the generational gap – was also considered in defining the importance of the Academy. One of the speakers, Alissa Wahid, who is a psychologist and an activist for religious diversity issues, shared her opinion on the existing generational gap. The transmission of ideological values from the senior to the younger generation is complicated by globalization and different challenges faced by each generation, she noted.

“What we need is young leaders, like the participants of YPA,” she said. These are the future leaders that will receive values and knowledge directly from the older generation and current senior leaders, Wahid added. “They have had the leadership capacity, and then they will lead the other young people in Indonesia who are more in the mainstream.”

One of the participants, Moh Alfarizqy, a final year student in a state university in Surabaya and also an initiator of a platform to bring sociology concept to the general public, said the Academy had surpassed his expectation of a youth training. “The substantive materials covered in the YPA curriculum were very deep, concrete and sharp. Those are hard to find in campus libraries, books or journals.”  A further strength of the Academy is its ability to provide a platform for an open and productive discussion between senior figures and the young participants.

By the end of the programme, 90 percent of participants said they were satisfied with its design and implementation, and around 86 percent agreed that the lessons learned will be beneficial for their development. Dewicha Kinanti, one of the participants who were active in a post-disaster community programme in Lombok, said that the Academy introduced her to new perspectives and emerging issues the country is facing.

“YPA has changed my perspectives a lot in seeing the things around me and also giving me new and deeper knowledge in politics, culture, biodiversity, and the industrial revolution. All of those make me feel more like a patriotic Indonesian.”

Furthermore, the most visible achievement of the Academy is the implementation of mini projects independently by the participants. Divided into four groups, the participants managed to design and implement focus projects within a month. The projects were the issues of political awareness for youth, the impact of COVID-19 for youth, capacity building for micro, small and medium-sized enterprises (MSMEs), and sustainable development issues in Indonesia.

One of the mini projects, for example, tackled the issue of political awareness for youth. That group started from the concern on the youth’s apathy when it comes to Indonesia’s politics. Within one month, they managed to produce an animated video and booklet titled “Politics, youth and democracy” as well as to hold a virtual discussion with a panel consisting of a young politician, a Member of the House of Representatives and a researcher. The latter was attended by more than 80 young people from various parts of Indonesia.

The Academy has succeeded in presenting fresh perspectives on progressive nation building for young people and future leaders. They were equipped with knowledge and values that hopefully will be shared with more young people in local NGOs, government institutions, and local communities across Indonesia.

Elda Claudia is a Programme Officer at the FES Indonesia Office. 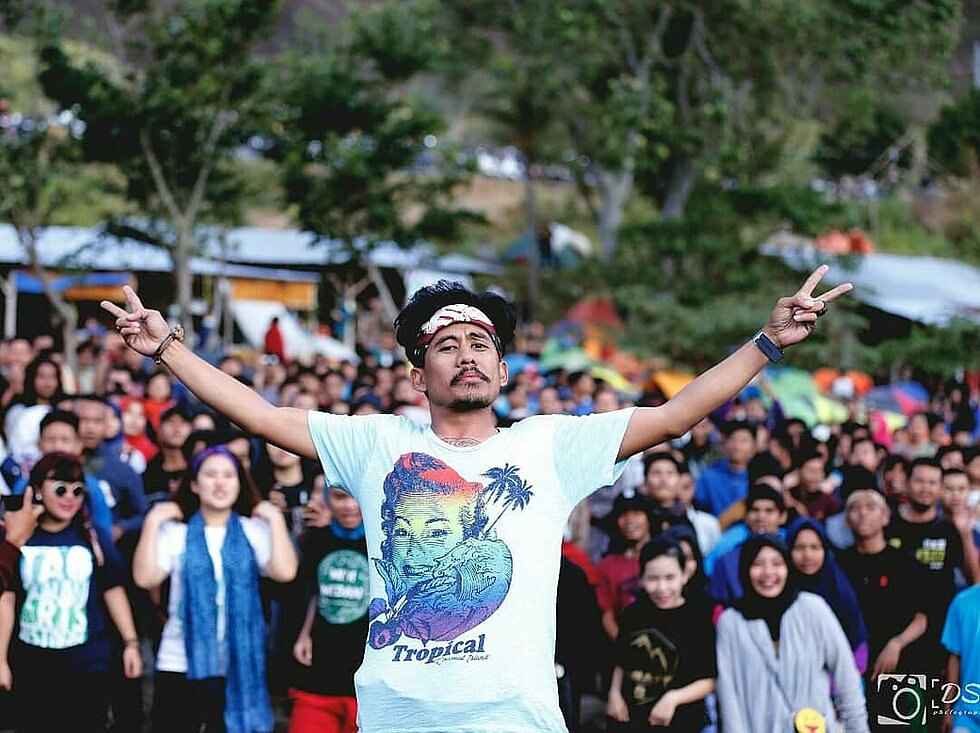 A festival in North Sumatra brings together the region’s engaged youth each year under the principles of create – collaborate – celebrate. Now in its…