Young workers affiliated to the International Transport Federation have expressed their concern over the growing trend of precarious work arrangements which are placing workers outside of the protection of employment legislation, having a crucial impact on their access to social security, workplace entitlements and benefits, career progression and development. 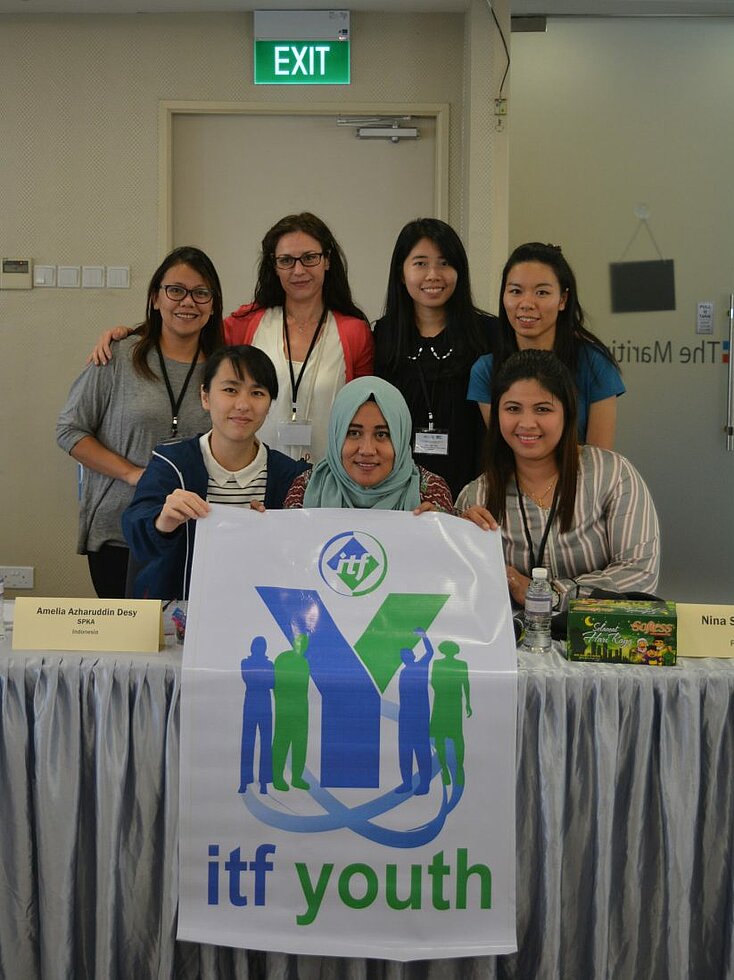 This is the reason why, since 10 years now, youth transport workers are high on the agenda of the International Transport Federation.

The three days’ workshop organized by ITF with the support of Friedrich-Ebert-Stiftung and in cooperation with Singapore Organisation of Seaman (SOS), between the 30th of May and 1st of June 2016 in Singapore, provided a platform to discuss about ITF key campaigns, union leadership, trade union education, precarious work, equality, security and protection, as well as young transport workers leadership development.

The International Transport Federation (ITF) is one of the eight Global Union Federations (GUFs) organizing workers worldwide along industrial sectors. Founded in 1896, ITF is 120 years young – but also one of the oldest Global Trade Union Federations. ITF organizes all sectors of transport workers from taxi and Tuk-Tuk drivers, railway workers, workers in civil aviation to seafarers, and many more.

Friedrich-Ebert-Stiftung supports ITF in building a powerful Asia Pacific Young Transport Workers Network as a platform for young transport workers to learn, train, gain knowledge, skills and confidence to make decisions in solving common problems. This network is part of the young workers organisation of ITF – the ITF Youth – the network is open for everyone to join.

To learn more about precarious work and the concerns shared by trade unions in ASEAN, please follow the link to the FES study on “The Rise Of Non-Standard Employment In Selected Asean Countries”