Youth is once again called to the fore with the rise of authoritarianism in the region, their voices captured by contributors in this year’s second issue of SocDem Asia Quarterly journal, a joint publication by SocDem Asia and Friedrich-Ebert-Stiftung 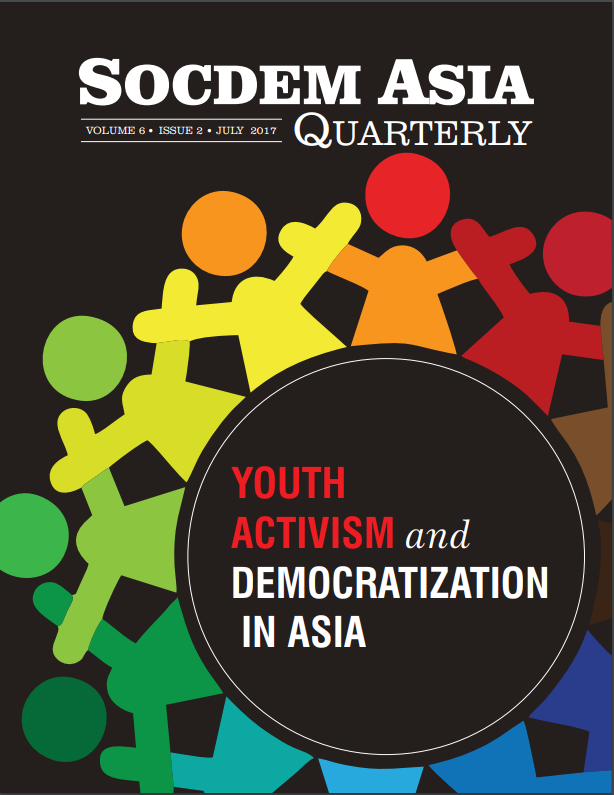 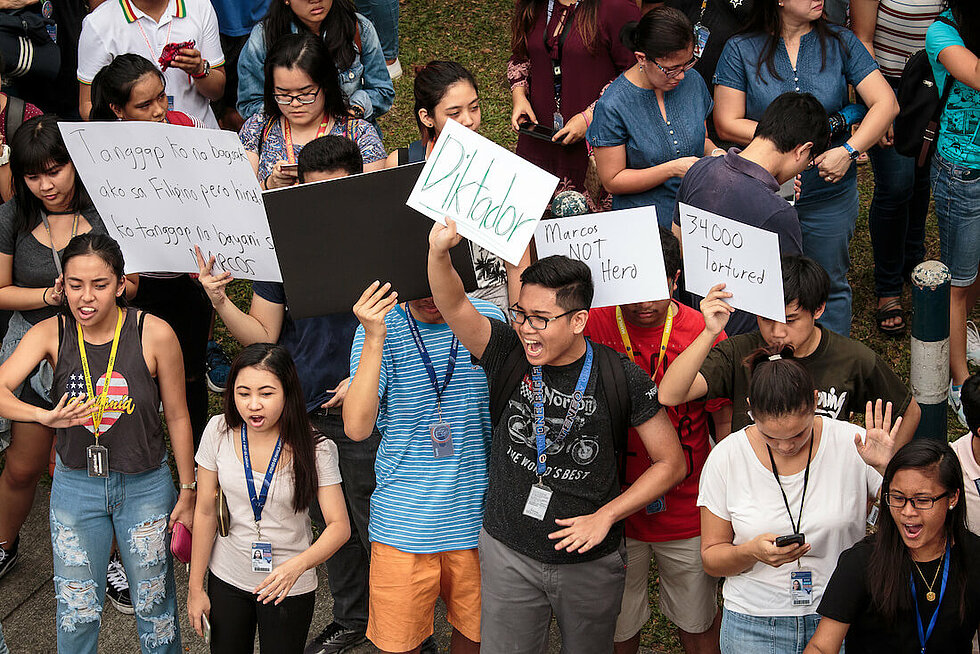 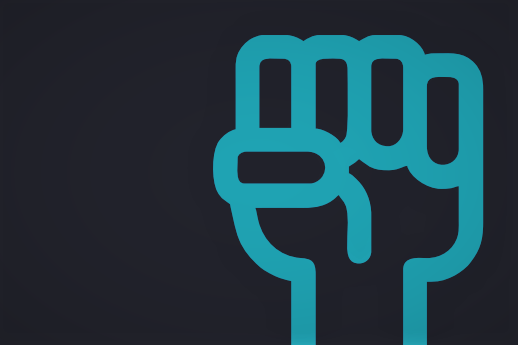 From the People Power Revolution in the Philippines in the 1980s, to the overthrow of the Suharto regime in Indonesia in 1999, young people have been part of a long history of fighting autocratic leaders.

The youth is once again called to the fore with the rise of authoritarianism in the region. With a pro-military referendum in Thailand, massive corruption in Malaysia and a dictator family’s return to power in the Philippines, young people around Asia went out on to the streets recently to demand justice and reforms.

In Malaysia, where a huge corruption scandal involving billions of looted state funds rocked the country, a citizens’ movement is getting popular support calling for a clean government and fair elections.

Starting as a watchdog for elections, the Bersih (Clean) movement has seen its forces grow as their recent mass demonstration in Kuala Lumpur alone gathered more than 15,000 people. The movement also led thousands of people from six key areas of the country to march to the nation's capital to join the rally.

Nalina Nair, a 27-year old law student, volunteers for the Bersih movement after her classes. As an activist, she said that it was Bersih's platform for clean government that drew her into the movement.

"If I want a change in government or at least better governance, then clean and fair elections and institutional reform is vital," Nair said.

Although Bersih was formed by senior civil society members, most of Bersih's staff and volunteers are young people.

Massive youth participation in protest movements is not uncommon in Asia. In the case of Thailand, where a military junta has passed a constitution that will extend their powers, student activists take the leadership role in regaining their civil liberties after a coup in 2014.

Rackchart Wong-Arthichart, known to friends as Oh, said that young people became the "heart" of the movement to give the thumbs down to the junta's constitution in the 2016 referendum.

Oh, an activist from the New Democracy Movement, said that students aged 18 to 30 years old make up the core group of their campaign. They are also supported by academe and several thought leaders.

Oh's movement is known for using humour in its campaigns. In an effort to bring out the No vote against the junta's constitution, student activists in Thailand distributed satirical magazines making fun of the military government.

Oh is often seen in a shirt with "I love General Prayuth" printed on the front and crossed fingers at the back. General Prayuth is Thailand's junta leader, a constant subject of the youth's humour campaigns.

For a meme-saturated generation, humour is a powerful weapon for youth activism.

When Philippine dictator Ferdinand Marcos was sneakily buried in the national cemetery for heroes in November (on the orders of President Rodrigo Duterte), thousands of millennials all over the country went out on the streets to protest.

The rallies were significant for witty protest signs that went viral online for days. Laced with pop-culture references from Harry Potter to Mean Girls, the outrage over the dictator's burial stretched from the streets to social media.

The popular, youthful protests were a fresh departure from mass mobilizations led by Maoists with stiff, stale calls-to-action.For Juan Carlo Tejano, leader of social-democratic Akbayan Youth, the use of humour is important to draw crowds to their cause. "Duterte derives his support from charisma and humour," Tejano said. "Humour can only be defeated by more humour."

For Filipino historian Lisandro Claudio, the youth's potential for humour and ebullience can drive movements forward. "Movements should maintain their humour," Claudio said. "If we are to move forward, movements should embrace the anarchy and unpredictability that the recent protests have shown."

The youth in Metro Manila have kept the anti-dictatorship movement rolling by forming Millennials Against Dictators (MAD), a broad group vowing to fight back against past and future dictators. The group has been organizing teach-ins and staging protests against President Duterte's flirtation with tyrannical rule: His violent anti-drug campaign, raising terror alert levels and death threats against activists.

Draconian laws to round up critics

But political conditions aren't usually friendly for youth activists to gather in public. In Malaysia and Thailand, the governments have used draconian laws to round up critics.

On the eve of Bersih's November protest, Maria Abdullah Chin, their 60-year old leader, was thrown in jail for days with limited contact from friends or family. The Malaysian government has used the Security Offences (Special Measures) Act of 2012 against activists whom they arbitrarily deem a threat to national security. They have also arrested several young people using the dangerously ambiguous Sedition Act.

"Under this law, even saying the 'bang kit' (Malay for rise) is held seditious in a recent case," Nair said.

In Thailand, the military junta has used harsh methods to silence dissenters. In a widely shared online video, a group of protesters on the anniversary of the coup were brutally dispersed by the military.

The arbitrary arrests made it difficult for young activists in Thailand to prevent the pro-junta constitution from getting passed. The referendum ended with more than 61 per cent of voters approving the constitution that allows the military a tighter grip on the government.

Before the referendum results were handed in, Oh had hoped that they would have the majority support. "It failed miserably because we thought that we had the popular support. The Facebook users cannot be counted when it comes to real politics," Oh said. "On-ground works are needed to get the majority support, which is still very complicated especially during these situations."

The youth has not backed down yet, despite a government that appears stubbornly against their demands.

In the Philippines, rallies continue to draw huge crowds despite rumours of a reimposition of Martial Law soon.

For Tejano, the 2016 November protests in the Philippines redefined youth activism.

"It means being in solidarity with victims of government abuses and to be profoundly conscious of civil society's role in shaping history," Tejano said. "To be a millennial today is to be a creative protester."###

Justine Balane is the International Secretary of Akbayan Youth. He handles projects with youth groups and parties across the world. Email him at justinebalane(at)gmail.com

First published in the SocDem Quarterly, the text has been edited and adapted for style. 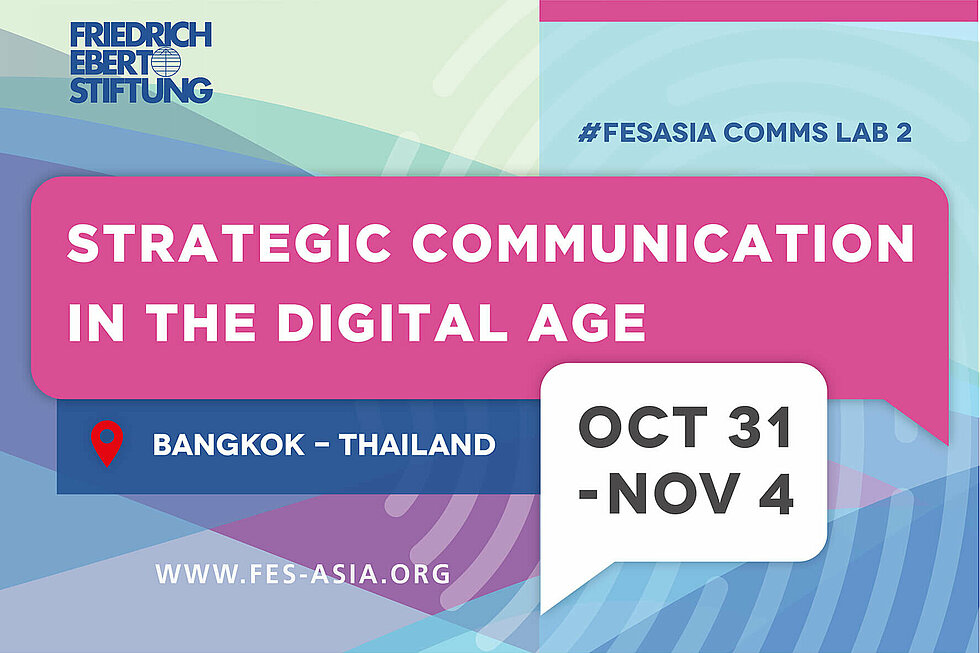 WE are who we are: Reflections of a young queer feminist

June is LGBT Pride Month when pride marches around the world commemorate the Stonewall riots, which occurred at the end of June 1969, in New York…