While the Association of South-East Asia Nations (ASEAN) intends to further integrate with the ongoing development of the ASEAN Economic Community, social partners and governments examined how to couple economic integration with equality and social justice.

The RTSDC is an initiative of the ASEAN Services Employees Trade Union Council (ASETUC)—a federation of three global union federations in the region—to encourage social dialogue and promote the inclusion of decent work in the agenda of the ASEAN.

For its 8th annual meeting on 18-19 October 2017 in Manila, representatives from governments, workers’ and employers’ organisations were invited to discuss the topic “Raising the bar of social partnership in an integrating ASEAN”.

“ASETUC is an inclusive credible voice of workers in the ASEAN region and is ready to collaborate and work closely with the ASEAN governments and employers,” said Shafie BP Mammal, general secretary of ASETUC. The union federation encouraged the strengthening of social dialogue so that social partners can find solutions collectively.

Friedrich-Ebert-Stiftung (FES) supported the conference, which was jointly organised by ASETUC, the Department of Labour and Employment of the Philippines, the ASEAN Confederation of Employers, and the ASEAN Secretariat. “I want to stress how proud we are to have been partner of this incredibly successful journey,” said Adrienne Woltersdorf, director of the FES regional office. “This has proven to be a significant platform to discuss and promote shared visions and foster understanding between the tripartite partners”.

Feminisation of labour, migrant workers and inequalities in the region, the changing nature of employment and the integration of the ASEAN economy were among the challenges discussed.

During the sessions, the participants discussed the evolution and challenges faced by the ASEAN labour market. These changes are partly induced by the deepening and broadening of ASEAN economic integration. As Building and Woodworkers International General Secretary Ambet Yuson emphasized, "social and economic justice should be ASEAN’s goal alongside economic growth through integration."

Challenges include the feminisation of labour, as women are more easily subjected to abuses, particularly in the case of female migrant workers. The increasing circulation of migrant workers across the region is also a major concern, as it reveals that inequalities are still deeply entrenched in the region. Finally, the changing nature of employment due to the fourth industrial revolution and the integration of the ASEAN economy also raise the concern of trade unions.

“We aspire for the inclusion of trade unions in the policy formulation, enforcement and monitoring of general labour standards and occupational safety and health standards among ASEAN countries so that economic growth brought by the integration is inclusive,” said Gerard Seno, national executive vice president of the Associated Labour Unions – Trade Union Congress of the Philippines.

At the end of the conference, social partners came up with the “Manila Tripartite Joint Statement Towards Strengthening Social Partnership in an Integrating ASEAN”. It guides the way forward and highlights the commitment of the tripartite group to “building a sound and stable industrial relations system in each ASEAN Member State, and in the ASEAN, based on the foregoing framework and principles of partnership in industrial relations”.

For its 50th anniversary, ASEAN adopted the theme “Partnering for Change, Engaging the World” reiterating its people-centred and people-oriented approach, which has been a central point in the recent ASEAN declarations. This golden anniversary provokes reflection on the achievements of ASEAN as well as its future challenges.

“In the next 50 years, there will surely be enormous challenges awaiting ASEAN, especially on labour and employment,” said Dominador Say from the Department of Labour and Employment of the Philippines. “These opportunities, I hope, shall translate to economic growth that will reduce, if not totally eradicate, poverty and socio-economic disparities towards a sustainable, equitable and inclusive development where no one will be left behind.”### 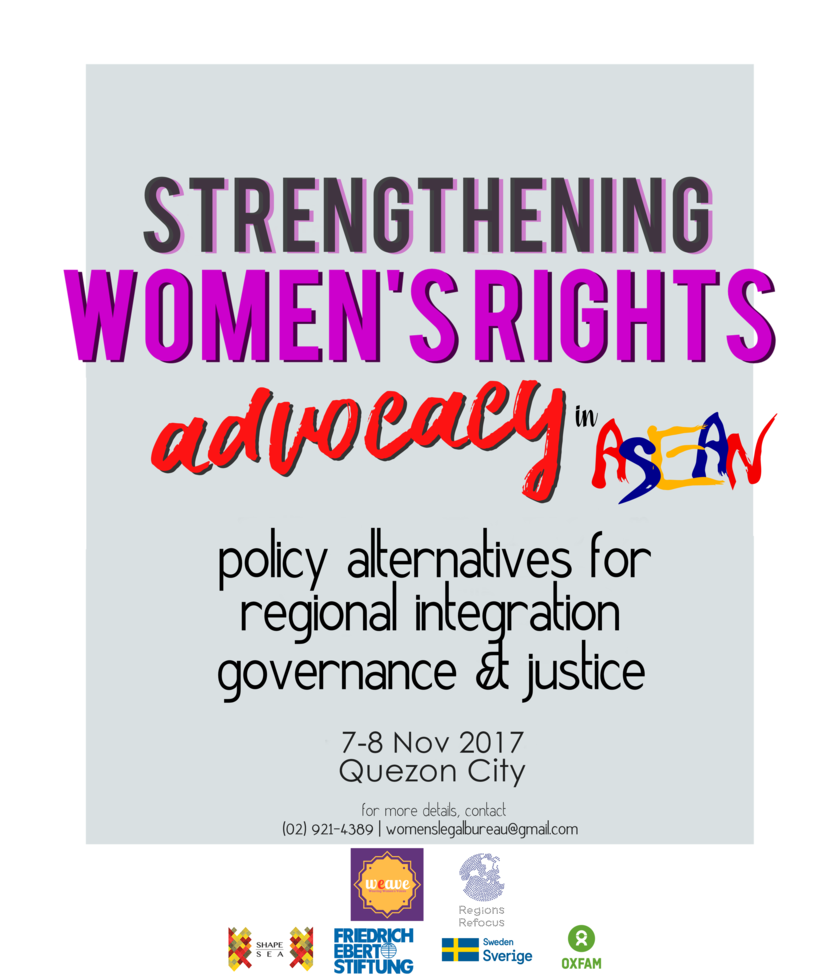