Ulaanbaatar (Mongolia) – A closer look at how digital space is being exploited and the signs of cyber-populism that emerged in the 2017 presidential campaign in Mongolia. 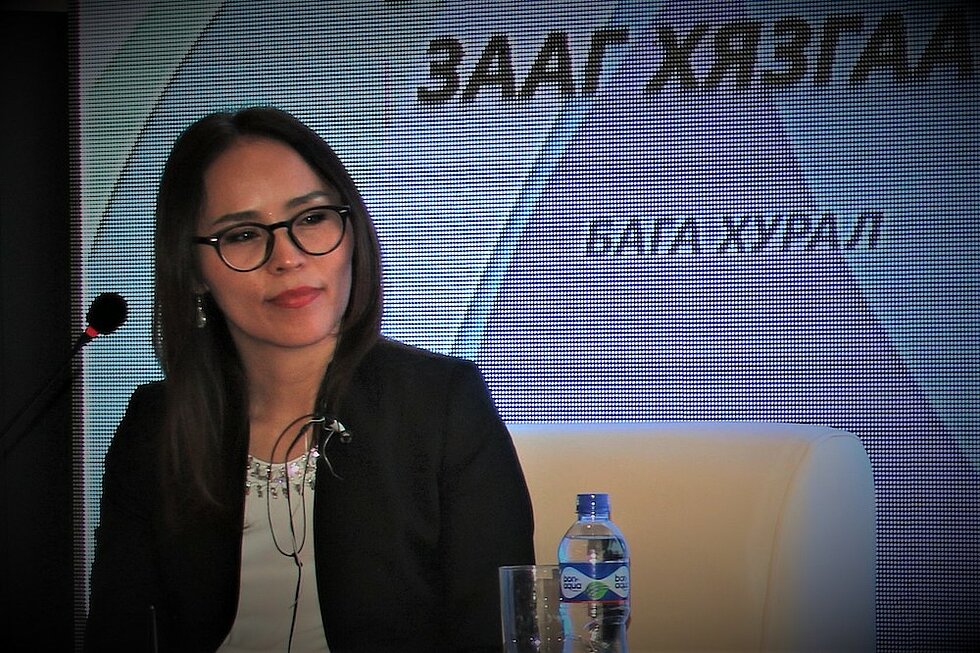 Mongolia’s 2017 presidential campaign displayed some of the fake news and hate speech that have come to characterize the deteriorating public discourse worldwide, including in Asia. Professor Munkhtsetseg Tserenjamts of the Mongolian State University is an expert on digital populism. She presented some of her observations at an event organized by the Friedrich-Ebert-Stiftung in Mongolia on the limits of freedom of expression, political communication and social media. The following expands some of those ideas.

As the number of users has increased recently, social media is seeing more and more use as a platform for populist policies. In fact we can see the emergence of a distinct digital populism. Populist politicians have started taking advantage of the unregulated space of social media to spread false news and accusations.

Social media is being widely utilized by those politicians who claim to be unsophisticated representatives of the general public against the politicians of a long-standing oligarchic group. Social media represents an immense opportunity for the promises of populist politicians to reach a wide public with unprecedented speed and scope. This was seen in the US presidential campaign in 2016, and the French and Mongolian ones in 2017.

It is worth taking a closer look at how digital space is being exploited and the signs of cyber-populism that emerged in the Mongolian case.

Three candidates ran in 2017: the Speaker of Parliament Miyegombo Enkhbold from the ruling Mongolian People’s Party; Khaltmaa Battulga, a businessman of the opposition Democratic Party; and Sainkhuu Ganbaatar, a labour union activist from the Mongolian People’s Revolutionary Party. However, none of the three candidates won the required 50 per cent in the first round of the election, requiring a second-round run-off vote.

The Democratic Party’s Battulga won 50.6 per cent of the run-off ballot against parliament speaker Enkhbold from the Mongolian People’s Party.

The presidential campaign lasted for 18 days. The political TV-ads and election pamphlets, traditional features of election campaigning, were limited relative to previous elections.

As a result, the candidates of the People’s Party and the Democratic Party extensively exploited social media. Ganbaatar focused more on face-to-face contact in his campaigning strategy.

The numbers of voters that received information about the presidential candidates from Facebook reached 39.3 per cent during the campaign.

Although TV is a major source of political information, the influence of social media is increasing in each year. An estimated 74.6 per cent of voters still receive information about the presidential candidates from TV, but the numbers now getting such information from Facebook has reached 39.3 per cent, according to a survey by the Political Communication Institute during the election.

How did presidential candidates use social media for their campaign?

During the election campaign, the Democratic Party’s Khaltmaa engaged in mudslinging and corruption accusations on social media against his rival Enkhbold. Enkhbold has launched his own negative political campaign in retaliation against Khaltmaa, mainly on Twitter. The Democratic Party’s team ran material on Enkhbold’s purported Chinese ethnic heritage, hinting that his success might lead to China taking over in the future.

This smearing on social media during the 2017 campaign was independently observed by the Political Communication Institute.

Now let’s take a look at the most popular fake news that ran during the election. The Democratic Party’s campaign team started posting three separate but connected videos. Of those, two titled "The Death of a Brave Mongolian", and "Insulting Great Genghis Khan" were posted on June 1 and 2, before the campaign officially started. All were published and shared on the largest groups and pages on Facebook.

Within 48 hours, after the video about Enkhbold’s Chinese ethnic background was released, it had close to 100,000 views and has been shared thousands of times on Facebook. It was republished online on several news websites under the title "Inevitable proof is found regarding Enkhbold’s Chinese origin" on the same day when the initial video released, June 2, 2017.

In the comments section of these videos, people expressed their concern that a pure Mongolian should be chosen, saying Enkhbold was of Chinese ancestry on his mother’s side, lineage, and using some negative language insulting him.

"The Death of a Brave Mongolian" was published with a short caption – “Chinese people are running over and killing a Mongolian”. This one was also posted on the largest groups and pages on Facebook, and people also shared it on their personal accounts.

The video "Insulting Great Genghis Khan" depicts Chinese people acting in a disrespectful way towards the portrait of Genghis Khan. It has been shared on the largest groups of Facebook and had several thousand views.

It has been seen that most of the comments under these videos were driven by hatred and xenophobia against Enkhboold’s Chinese ethnicity, the argument being that the people should only elect a pure-blood Mongolian. The fact that people believed the videos without questioning shows how they fed into and fuelled a long-standing xenophobic fear against China, and was observed in the above-mentioned survey.

In conclusion, the 2017 presidential election shows that none of the candidates focussed on their campaign platforms, and instead engaged in negative campaigning including mudslinging, hate speech against neighbouring China, and fake news. ###

Munkhtsetseg Tserenjamts holds a Ph.D in Political Science. Currently she works as Associate Professor at the Mongolian State University where she is also Director of the Political Communication Institute. She can be followed on Twitter @Munkhtsetseg2001. 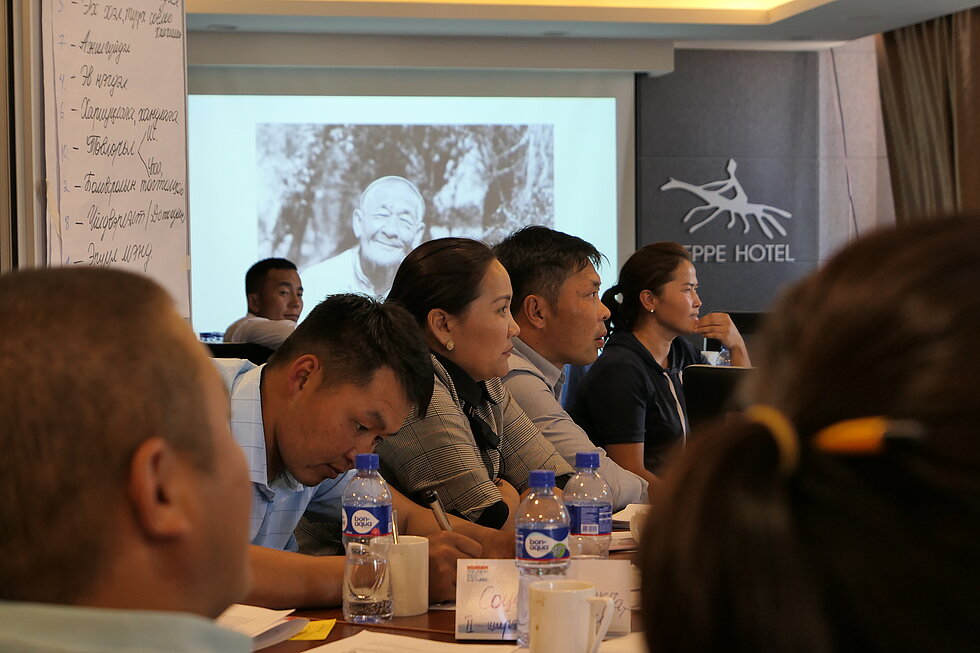 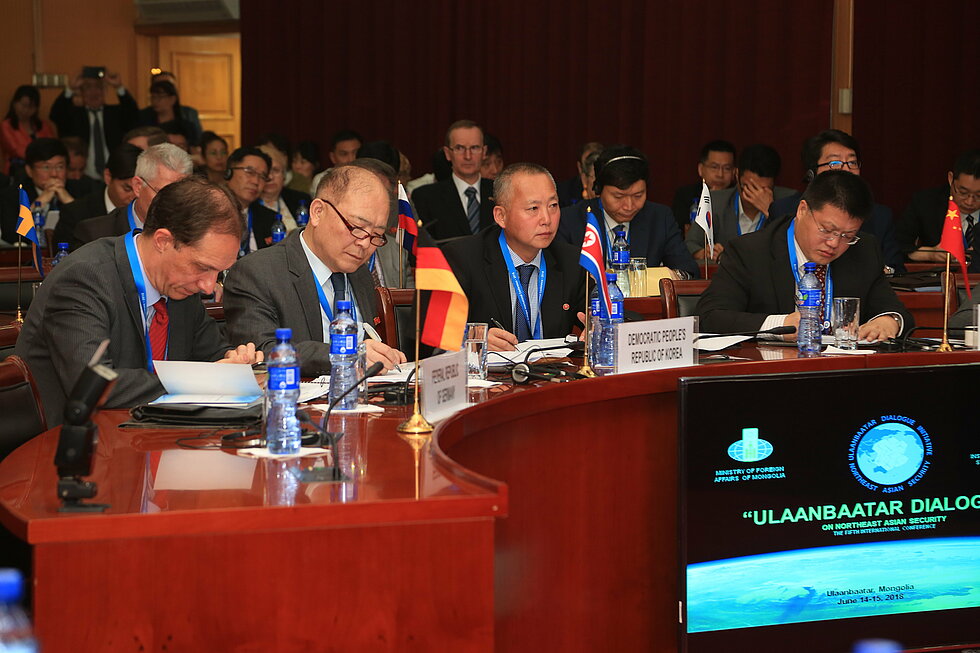