An important mission of the international union movement is to increase its participation in global governance and convey the views and concerns of workers from Asia and Europe. In their dialogue with governments on ASEM issues, trade unions’ main objective is to advocate for policies that lead to improvements in the lives of working people. 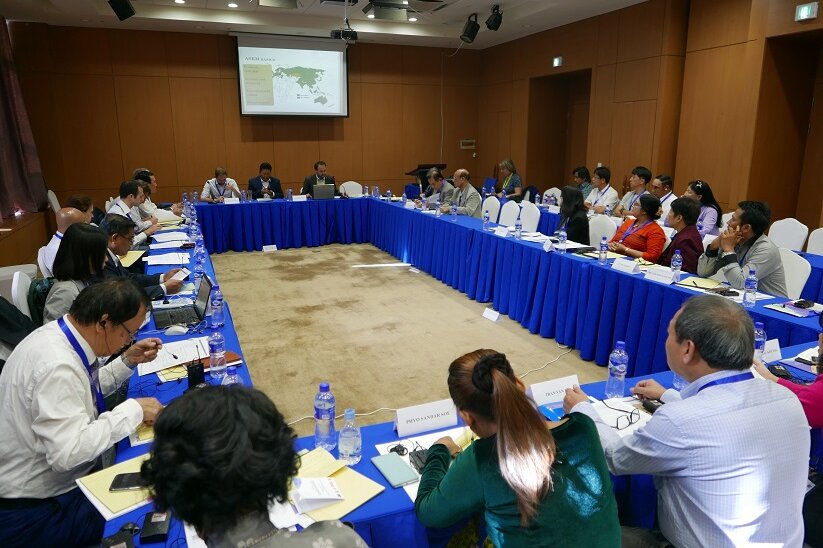 Mongolia is hosting this year one of its biggest international events, the 11th Asia-Europe Meeting (ASEM) Summit, taking place from the 16th to the 17th of July 2016, when heads of states from 51 countries, the European Union and ASEAN, will meet in the capital city Ulaanbaatar.

At the same time, Mongolia successfully conducted general elections on the 29th of June 2016 and the results will lead to a democratic alternation in government. With a surface of 1.6 million km and only three million inhabitants, the country is facing numerous challenges in terms of its labour market: shortage of skills in certain sectors, dependence on seasonal employment due to its harsh climate conditions, and gender inequalities. Furthermore, the country’s economic development is heavily dependent on exploitation of natural resources, China being the main destination of 90% of all exports, which are minerals, according to International Monitory Fund report from 2015.

Ahead of the ASEM Summit and in response to the discussions at the 2016 International Labour Conference on decent work in global supply chains, trade unions from Asia and Europe gathered on 4-5 July 2016 in Ulaanbaatar, at the 10th Asia-Europe Labour Forum (AELF10) to discuss inclusive and sustainable trade along global supply chains and within trade agreements. The AELF10 build upon the discussions at the 9th Asia-Europe Labour Forum and the 4th Social Partner’s Forum 2015 in Sofia, Bulgaria. The discussions were taken up by the Labour and Employment Ministers in its statement.

Participants in the Labour Forum agreed that increasing worker’s protection in global supply chains and within trade agreements is dependent on:

The Labour Forum, gathering representatives of trade union centers from 13 Asian and European countries, along with guests from the ILO, the European Commission, employers’ federation, and from the Asia-Europe Peoples’ Forum (AEPF 11), is an established platform for dialogue aiming to make social development central on the ASEM dialogue agenda.