Developing the platform economy has been a major agenda of the Thai government since 2016, but the chances of its realization are looking gloomy in the eyes of some Thai think tanks and academic institutions. Walking the fine line between economic growth and justice must be the policy focus.

Less than a week after the Thai government announced a lockdown in response to the escalating COVID-19 epidemic, GrabThailand astonishingly announced a fee rise. The announcement quickly caused damage to its public image. The company was widely criticized in social media for being an opportunistic exploiter; its action also drew attention from the Office of Trade Competition Commission.

This episode was concluded in the first week of April by the company’s apology. However, according to concerned scholars and policy makers, the attention on platform business should not be just on the questionable behaviour of a single company; the discussion should be extended to cover the future of Thai economy, due to the fact that global economy is being transformed by the rise of platform business, and the Thai economy is no exception.

Developing the platform economy has been a major agenda of the Thai government since 2016, but the chances of its realization are looking gloomy in the eyes of some Thai think tanks and academic institutions. According to Just Economy and Labor Institute (JELI), the Thai government needs more knowledge and expertise on the mechanisms of the platform economy. The institute has also warned that platform businesses including Uber, AirBnB, and BeNeat may create insecurity in the labour market, lowering labour standards, and stimulating an expansion of the informal economy.

Issues related to platform economy has been elaborated further in the project titled Thailand’s Policy Community on Platform Economy which started in late 2019. The project arose from a cooperation between FES Thailand, the Center for Research on Inequality and Social Policy (CRISP) of Thammasat University, and the Thailand Development Research Institute (TDRI).

The project aims at promoting a new policy environment for platform economy in Thailand. Through a series of discussion forums, the project seeks to review the current understanding and suggest policy measures that align the growth of platform economy in Thailand with other goals such as enhancing competitiveness, safeguarding competition, protecting the environment, promoting gender equality, maintaining employment, improving social welfare, and reducing inequality. In other words, the better the policy on the platform economy, the greater the chance for Thailand to stimulate growth and reduce inequality.

The problems of having a unicorn

One of the most fundamental issues discussed by Thailand’s Policy Community on Platform Economy is whether Thailand needs to have its own so-called unicorn, i.e. a highly successful home-grown platformcompany such as Grab, Uber, and AirBnB.

One strategy for Thailand suggested by experts is to develop its own national unicorn, either engineered by the government or invented by the private sector. Another is to co-ride or to share the unicorn with other countries.

Whichever strategy is chosen, Thailand will have to create an ecosystem that is friendly to the unicorn. The country will be required to take a risk by investing massive capital in the project, which is certain to incur great losses in its early years and is also quite likely to fail several years later. Moreover, any regulations that might be counterproductive to the unicorn thriving, including measures to guarantee social justice from other perspectives, have to be eliminated. The bottom line is, there must be measures guaranteeing that Thai people can reap certain value from the country’s investment in the unicorn.

Monopoly is among the most worrisome issues concerning the unicorn. Since the unicorn model is purposefully engineered for, and only for, monopolistic profit. In the beginning, a platform business tends to offer the most pleasant experience, cheap price and convenience, to customers. This is to hook customers and fend off the competition. A paradox emerges. On the one hand, monopoly can jeopardize the welfare of society. On the other hand, it is inevitable that any unicorn platform will become something of a monopoly in at least some respects. There is a fine line for the society to walk that is difficult tofind. The nature of platform business, without proper regulations, is inclined to worsen the inequality in a society.

The platform economy may be crucial for the growth of the Thai economy in the future, but there is a danger that its benefits will be delivered at the cost of the welfare of stakeholders across wider society, including the gig workers that platform employers like to refer to as “partners”. Walking the fine line between economic growth and justice should be the focus of the policy on platform economy, wherever in the world it might be taking place.

Parkpume Vanichaka is a Programme Manager at Friedrich-Ebert-Stiftung Thailand Office. He would like to express his gratitude to Thorn Pitidol, lecturer of Faculty of Economics and member of Center for Research on Inequality and Social Policy, Thammasat University for his comments on this article. Thorn is working with FES Thailand on the project Thailand’s Policy Community on Platform Economy.

For more information on the work of FES in Thailand visit the official website of the Bangkok-based country office and follow the FES Thailand Facebook fan page for latest news. 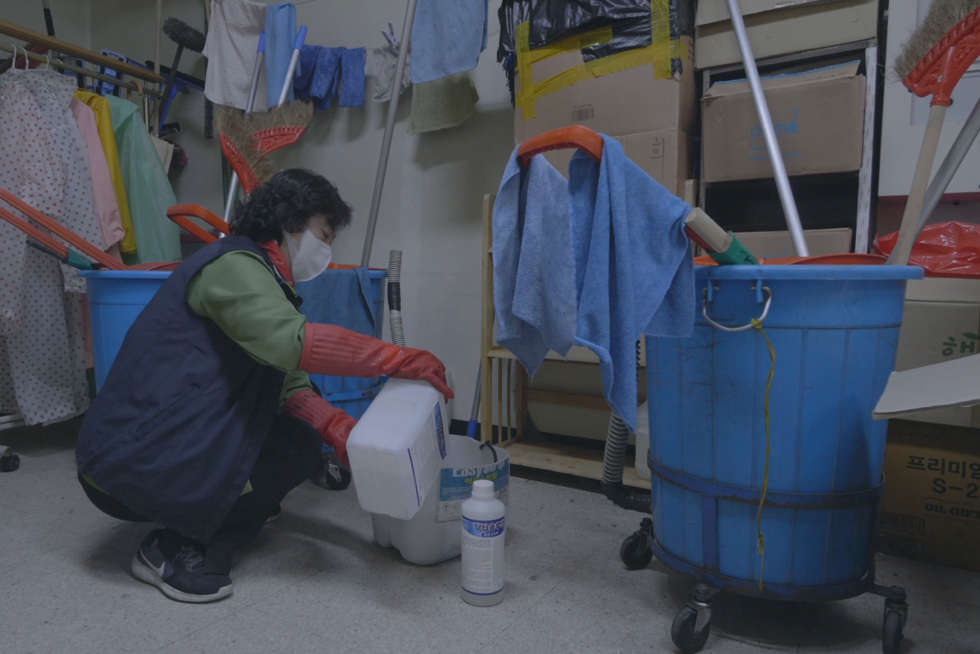 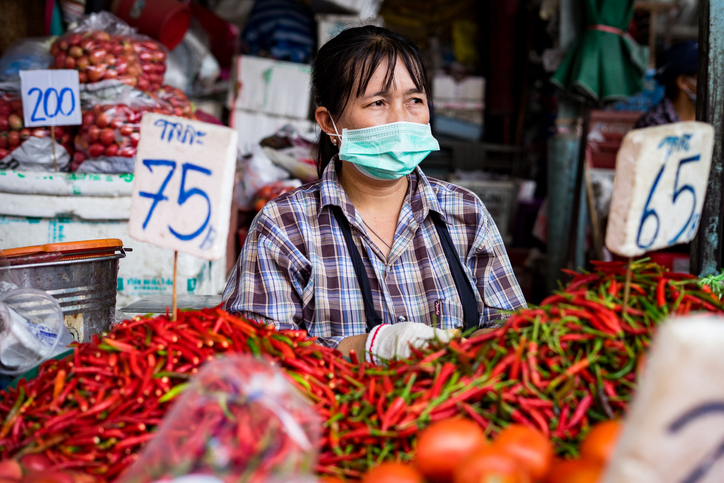 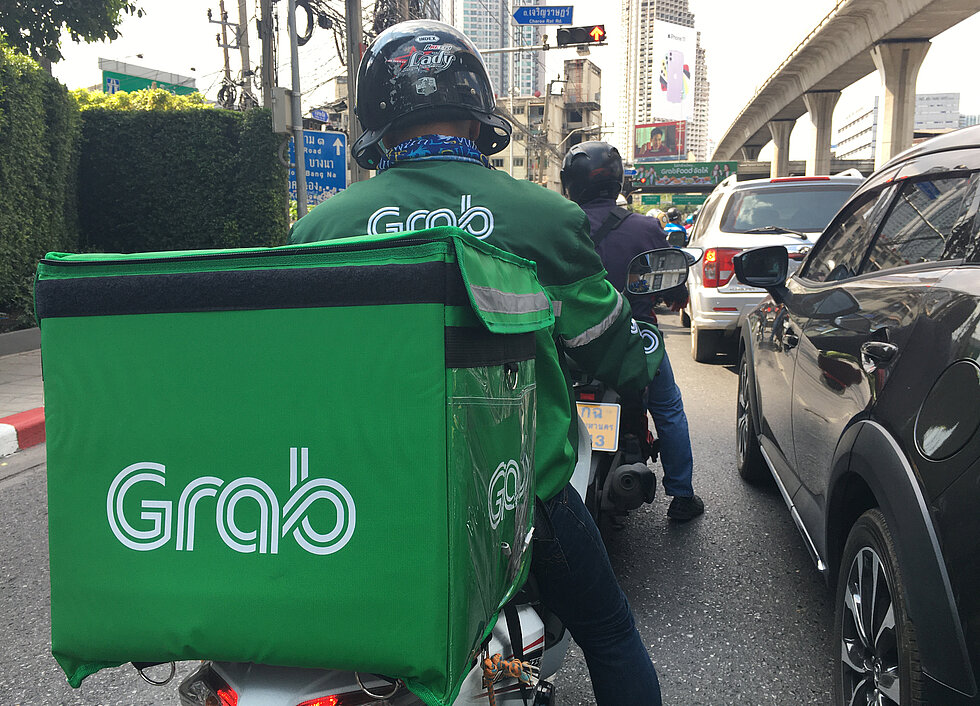 Gig workers in the pandemic: A call to catalyse social protection

Gig workers hold a unique position in the economic crisis triggered by COVID-19. Some parts of the gig economy – delivery of food, groceries, and… 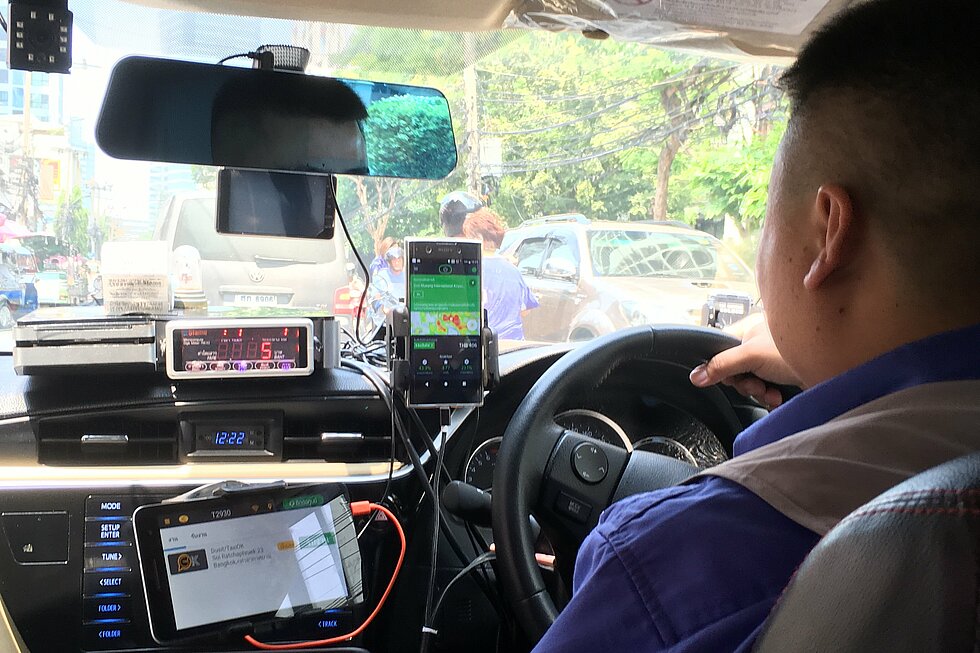 A question from Thailand: Is the platform economy a new face of labour exploitation?