With spaces for dialogues and leadership expanding in government and civil society, women in the Philippines have taken up the role of peace leaders and are contributing extraordinary work to the peace process in the country.

Multiple peace and reconciliation efforts have been made over the years to counter the longstanding problem of insurgencies in the Philippines. These processes have seen valuable contributions from Filipino women peace workers, fighting for landmark laws and reforms that have enabled them to continue and expand their work in the security sector. These laws and reforms have also given women the chance to stand on the front lines with central roles, and at the same time give value to the reproductive and community work that women do in conflict-ridden areas.

The Philippines has a long history of conflict and insurgency that can be traced back to the late 1960s when the Communist Party of the Philippines was re-established. The group’s principal organization for armed revolution, the New People’s Army (NPA), waged a guerrilla war against the government that continues to this day. Down the line, splinter factions from NPA, smaller but more radical armed groups, would join this fight. In 2017, for example, the Islamic State-linked Maute Group seized the southern City of Marawi which left thousands of individuals displaced and nearly 1,200 people dead.

FES Philippines: What unique role do Filipino women play in the security sector and in the Philippine peace process?

Atty. Gettie Sandoval: Women have always played crucial roles in areas affected by conflict. They play multiple roles, and studies show them not as passive recipients of aid or victims of war but as first responders, mediators, agents of transformation in the communities as they work in the evacuation areas where they are also part of, having been displaced and recovering from war.  But the women who experienced conflict first-hand did not remain in their communities only. They became negotiators, technical support to peace talks, and key sources of information and knowledge. They became the faces and voices of war, and of the efforts to rebuild their communities.

Women have been allowed to work in the Armed Forces of the Philippines since 1963 through the Republic Act 3835, but this limited them to non-combat and administrative duties. Women joined the police force earlier, but with the same experience, as they were assigned mainly to “desk duties”. In 1993, the Republic Act 7192 allowed women to be assigned combat or frontline duties. Since then, from military schools to the field, women have proven that they are worthy to stand and fight side-by-side with men. They continue to challenge the institutions in the security sector, so that they become more responsive to issues and concerns of women, and so that more women may be allowed to join and contribute to nation-building.

Col. Salvosa: On 31 October 2000, the United Nations Security Council adopted the first Women, Peace, and Security Resolution (UNSCR 1325). This resolution aimed to increase women’s participation in conflict resolution, decision-making and peacebuilding processes, prevention of sexual and gender-based violence in conflict, promotion of gender perspectives in peacekeeping, peacebuilding, and post-conflict reconstruction. The Philippines has since then subscribed to this resolution. For more than four decades of fighting insurgency, Filipino women have always been active participants in the security sector and catalysts of change in the peace process. In fact, it was the first woman president of the Philippines, Corazon Cojuangco Aquino, who pursued the peace process after two decades of martial law.

FES Philippines: What has been done and what else should be done to ensure women’s participation and gender inclusivity in the peace process, particularly in the Philippines’ security affairs?

Atty. Gettie Sandoval: Recognizing women’s leadership role shapes the directions of peace policies that are inclusive of gender perspective. We recall the time President Corazon Aquino appointed former Supreme Court Justice Cecilia Munoz Palma to chair the National Peace Conference that produced a declaration called “Towards a National Vision for Peace,” and the appointment of Atty. Haydee Yorac to a chair of the National Unification Commission that set out the “Six Paths to Peace,” which remains the operational framework for the government’s peace policy up to today.

Col. Salvosa: From just being mere beneficiaries and recipients of the resolutions and laws passed to promote women’s rights in peace and security, Filipino women have become active in decisions and policy making. Women have not only joined groups but organized themselves in groups collectively to confront issues in peace processes, seeing the need and being fully determined to have their voices heard. In 2006, during a peace summit, the Mindanao Commission on Women put forward their position paper on the negotiation table, centring on the efforts of women to negotiate for the peace agreement. This paper contained their position that “if women were to negotiate for peace, it would be more than just a settlement; it would be fair and durable; it would be wise and finally aim to resolve the conflict.” These efforts must not only be supported but should ensure that continuity and consistency of efforts will continue to pursue the peace process until it is fully achieved. These efforts must also be reinforced by stronger legislation backed by the executive, legislative, and judiciary body of the Philippines.

FES Philippines: How has the pandemic affected women peace workers on the ground?

Atty. Gettie Sandoval: In a study conducted in March 2021 by the Global Network of Women Peacebuilders, work on the implementation of the peace agreement slowed down, particularly in the Bangsamoro Autonomous Region of Muslim Mindanao. The passing of crucial legislation by the transition authority was delayed, and implementation of programmes was side-tracked or realigned to addressing the pandemic. However, this crisis also gave an opportunity to adopt new ways of the work of these institutions. While technology in that part of the country remains a challenge, nevertheless, the workers made use of social media and other internet platforms to reach the communities. Despite the challenges, peace work needs to continue and workers must find ways to reach and perform their duties and ensure that peace is sustained in the midst of the pandemic.

Col. Salvosa: Aside from biohazard risks due to the pandemic, women peace workers on the ground have seen their mobility affected by COVID-19. Also, restrictions on face-to-face activities have affected peace processes. Though video teleconferencing has become the trend, it cannot compare to face-to-face negotiations, with the demonstration of the true intent of participants through body gestures and language. These predicaments have put the peace processes momentarily on hold but have not necessarily totally derailed the women’s efforts.

FES Philippines: How do we encourage young women to take part in the peace processes and security sector?

Atty. Gettie Sandoval: It is important to recognize the experiences of young women in conflict-affected areas. These include developing adequate programmes that respond to their situations, and allowing their voices to be heard in the different processes involved in addressing their concerns. Make them active participants in rebuilding their communities. If their leadership roles and voices are encouraged, they will gain confidence to participate in larger venues where they can bring their agenda for peace.

Col. Salvosa: The Philippines is centred on the meritocracy of our educational system, thus even at their young age, we must encourage the entire young population as the next generation of leaders who will push to take part in these peace processes and the security sector. Not only can such objectives be incorporated into the educational system, but social media can also play a major role to encourage the young generation. They should be able to see women role models who can inspire them and eventually guide them to take part in the peace processes and the security sector. They should be able to interact with them during career orientation programmes in schools and universities.

FES Philippines: What laws or reforms should the next Philippine administration prioritize in terms of gender, peace, and security in the country?

Atty. Gettie Sandoval: Section 15 of the 2009 Magna Carta of Women mandates non-discrimination in opportunities, privileges and benefits in women in the military. The law aims to strengthen the presence of women by mandating a quota of 20 per cent for female admission in schools in the military, police and similar services. (Rule IV, Sec 18 of the Implementing Rules and Regulations). This requirement is above the current policy of recruiting 10 per cent of women every year both in the military and in the police force. This law should be reviewed by Congress through its oversight function to ensure its implementation and effectiveness. On the executive level, the implementation of the National Action Plan on Women, Peace and Security (NAPWPS) should be sustained and strengthened by mainstreaming the agenda in the bureaucracy and local governments. This agenda should not be disconnected from the gender plans and budget that is required in the Magna Carta of Women. Finally, consistent with the NAPWPS agenda, the participation of women in the peace process should be ensured, where they take key decision-making roles.

Col. Salvosa: The many laws, legislations, and reforms that have been initiated and formulated for many decades concerning gender, peace, and security, even the formulation of a long-term NAPWPS, must be sustained for the continuity of efforts. More laws encouraging women’s participation to ensure their representation on decisions and policymaking should be formulated, like ensuring seats for women in the legislative and judiciary. More legislation on women’s rights, programmes, protection for women and children from violence, exploitation, and abuse must be prioritized by the next Philippine administration. Barriers that prevent women from boldly participating in the peace process, such as conceptual, technical, and political barriers, must be eliminated. The conceptual barrier includes the belief that women have no role in the peace process, coupled with culture and religious prohibitions. Technical barriers include the lack of a pool of outstanding women whose expertise is needed in the peace process, while the political barriers include the scarce number of women in leadership positions. 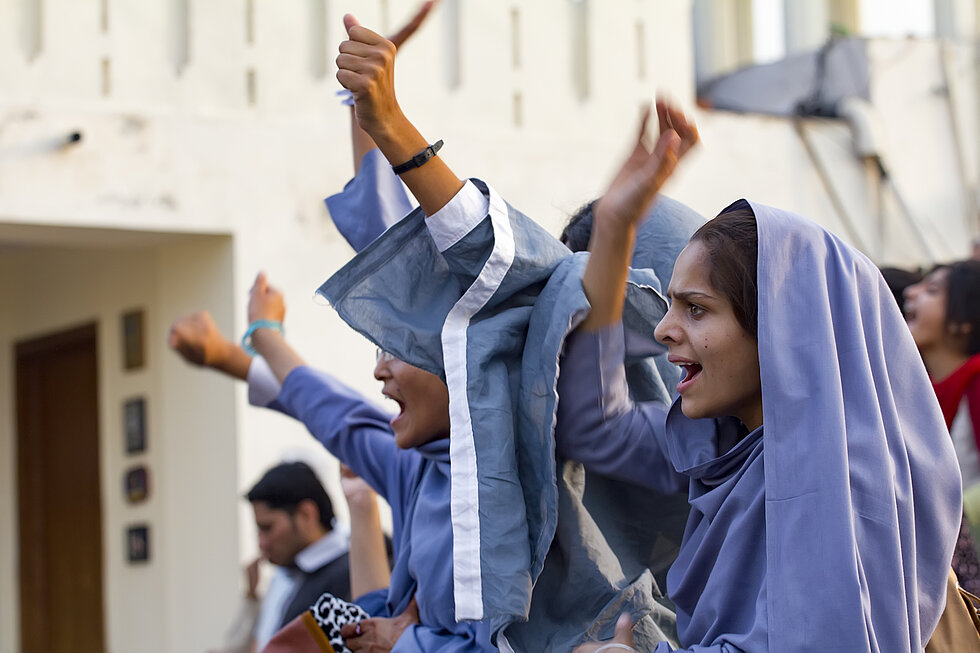 An interview on empowering women in Pakistan’s local politics with Shad Begum. 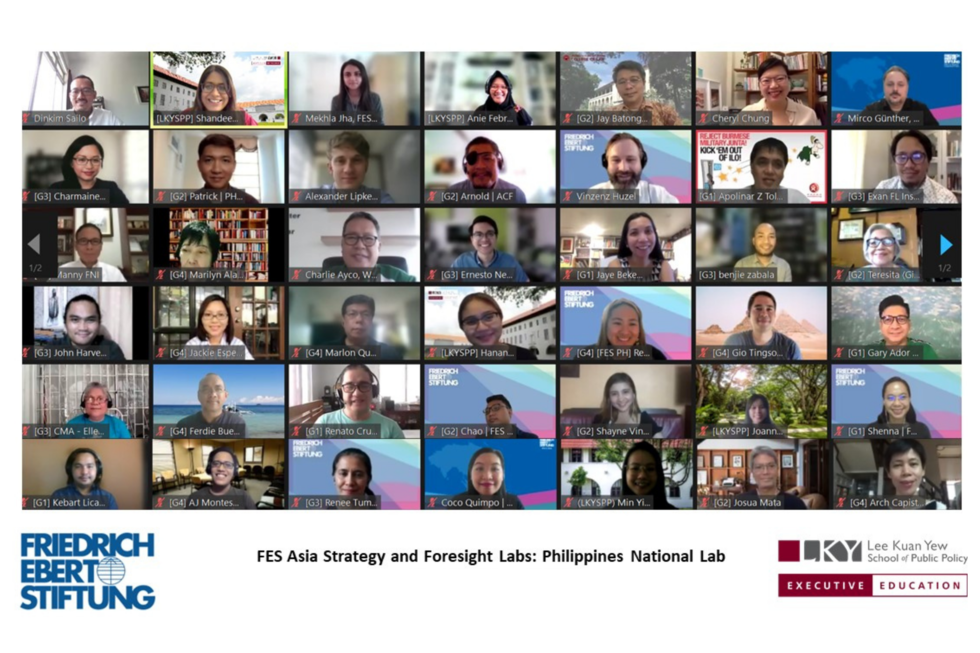 Southeast Asia’s second most populous country is a flashpoint in the new geopolitics and geoeconomics of Asia. Filipino thought leaders and change… 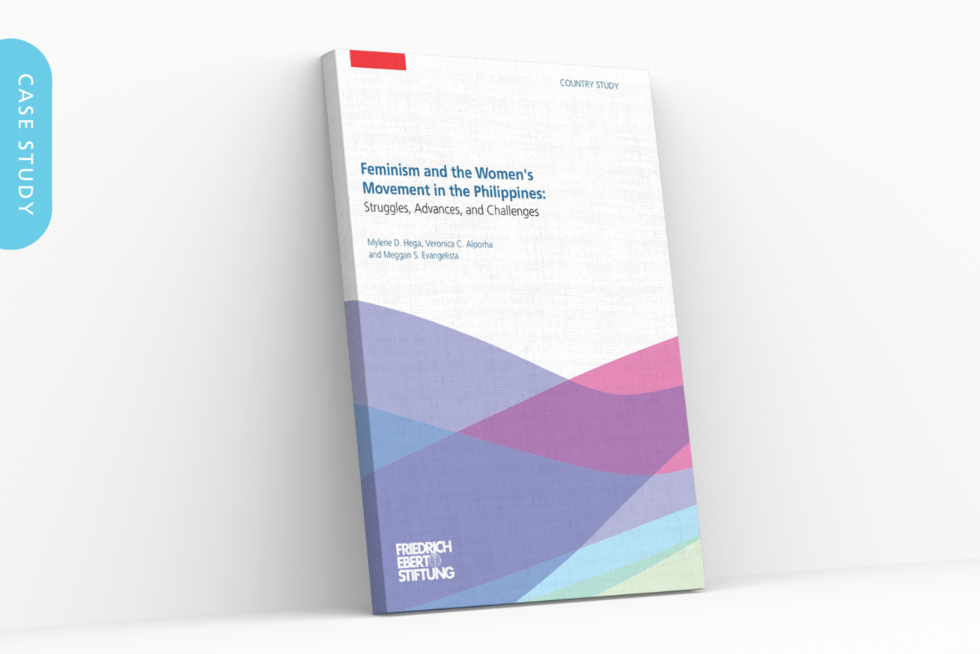