In Kathmandu, Building and Woodworkers International and Friedrich-Ebert-Stiftung bring together women trade unionists to pave the road for integrating gender issues in worker’s organizing. 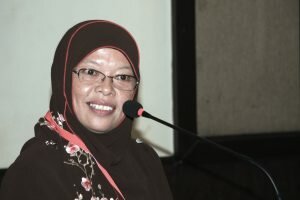 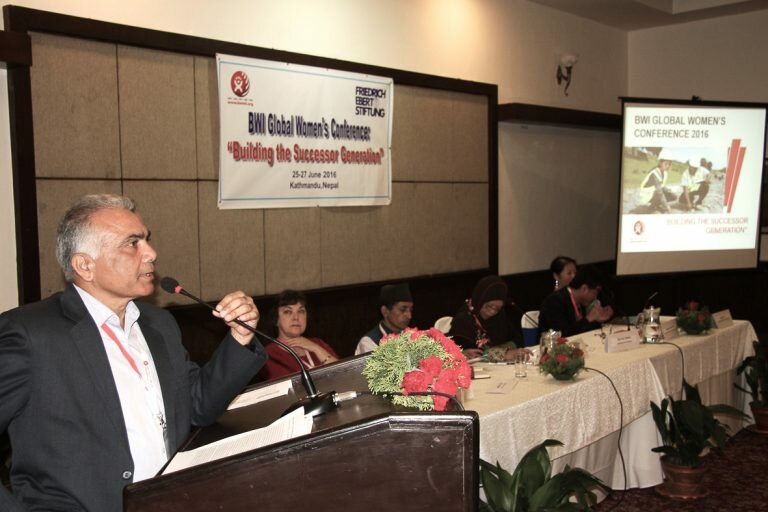 Women and persons of different gender identities are often prevented from exercising their most basic rights as workers and human beings. Taking action across lines of struggle is key to success in the ongoing movement for gender equality and workers’ rights, and trade unions are crucial for organizing to uphold them.

Pioneer on the front line of workers’ organizing across gender, the global union federation Building and Woodworkers International (BWI) has dedicated itself to establishing gender-fair, independent and democratic trade unions since its foundation in 2005. In 2013, BWI adopted a 30% quota for women’s participation in their policies, activities and programs. This June, in an effort to build the successor generation of female union leaders, BWI is organizing their first Global Women’s Conference in Kathmandu (Nepal) with the support by Friedrich-Ebert-Stiftung.

During four days, from 24th to 27th June, 45 young women, trade unionists from 20 countries, have gathered in the Annapurna Hotel to debate and learn how to include women and gender issues in the priorities of trade unions. Guest speakers and members of BWI will introduce experiences and hold workshops on organizing, social media and skills training. At the centre of the event is also the exchange of know-how in regional work, and the opportunity to network and share ideas. On the final day, participants will develop a concise political agenda for including gender issues in workers’ organizing to be proposed at the 4th BWI World Congress in December, 2017 in South Africa.

At the opening ceremony, representatives from the BWI and the Friedrich-Ebert Stiftung underlined the intersecting relationship between the gender and workers’ rights movement and the importance to persist in the struggle.

We have certainly made great strides towards gender equality, but while our foot might be in the door, we are still standing outside—in the cold. It is now time to fulfill the promise—to create a world where every woman and girl from all corners of the world can fulfill her potential without impediment and without prejudice. We need to look out for each other, […] for our young workers and trade unionists. – Fatimah Mohammad, Chair of International Women Committee, BWI

Organizing women workers and support for gender equality is a precondition for strengthening unions across the manifold membership, making them better able to defend the workers’ rights of all. Apolinar Tolentino, the regional representative of BWI Asia-Pacific emphasized the fault lines of injustice against which action is required for “changing the one-sided power relations between individuals, families, communities, which are influenced by capital and patriarchy—in our trade union organizations, our society and global institutions.

” Friedrich-Ebert-Stiftung has worked intensively on the issue of gender equality and workers’ rights in Asia. As co-organizer of the BWI conference, the Nepal Office of FES have expanded to a global scale their engagement at the intersection of gender equality and workers’ rights. To promote the issue on a national level, the FES Nepal Office initiated a cooperation with “Hasana”—a women’s magazine founded in 2005 reporting on a broad variety of women’s issues. Due to financial distress in the aftermath of the 2014 earthquake, the magazine was unable to publish its last editions. Financed by the FES Nepal Office, the editorial board behind Hasana magazine will produce a joint issue, in both English and Nepalese, featuring topics and interviews with women trade unionists, participants of the BWI global women’s conference.

The road is made by walking—a vibrant union movement, informed by success stories, can break the economic monopoly, spread political power throughout society and create a sustainable base for democracy.

More news to follow on the outcome of the conference and the upcoming “Hasana” special issue.