A greater emphasis on renewable energy could benefit the people and the economy as well as the environment in Viet Nam.

Viet Nam is planning to more than double its coal-powered generation capacity to meet its surging demand for electricity. But a greater emphasis on renewables could benefit the people and the economy as well as the environment, according to experts.

Viet Nam could usefully revise its power-generation strategy to include more renewables, according to local and international experts who met in Hanoi last month.

“We are not talking about closing coal-power plants,” said Nguy Thi Khanh, executive director of Vietnamese NGO the Green Innovation and Development Centre (GreenID). “But we must try to cater for growing energy demand without building new ones.”

She was speaking on 26 June at a workshop co-hosted with the Friedrich-Ebert-Stiftung (FES) to present a report by GreenID and FES on the opportunities and challenges for a just energy transition in Viet Nam.

Transitioning to renewable energies is not only possible, but beneficial, she told the audience of more than 90 representatives of science institutions, non-governmental organizations and trade unions. The study showed that it would also result in better energy security at lower investment cost with reduced impact on the environment and public health—a win-win-win situation.

Viet Nam is no exception to the wave of energy development across South-East Asia, where a rising middle class and ongoing industrialization have increased primary energy demand by 70 per cent since the turn of the century. The government’s most recent Power Development Plan (PDP7 revised) calls for a rapid expansion in capacity to feed that demand: from 13,000 megawatts in 2015 to more than 55,000 by 2030, mostly by building more coal-powered plants.

Workshop participants showed a keen interest in the key impacts of energy transition, in addition to the technical and environmental aspects of the report. “Just transition in Viet Nam is essentially about unleashing the socioeconomic potential and co-benefits of the country’s renewable sector,” said Yvonne Blos, Director of the regional project by FES in Asia on climate and energy. “It is about creating high-quality jobs in the renewable sector, skills training for renewable and sustainable alternatives and of course emphasizing the increasing affordability of renewables compared to fossil fuels.”

“If the government sets the right incentives, renewable energies will have a very bright future in Viet Nam,” said Nghiem Vu Khai, vice chairman of the Vietnam Union of Science and Technology Associations (VUSTA), in his opening remarks. “It is our obligation, because we will be the ones most affected by climate change.”

Panel discussions also highlighted that the concerns of ordinary citizens were more focused on the local impact than the climate itself. “People on the ground are not worried about climate change, they are worried about social services,” said Bobby Peek, from Groundwork South Africa, a non-profit environmental justice service and developmental organization. “It is important to bring that together on global and local scale.”

“Energy transition is not just about moving from one energy to another,” Ms Khanh concluded. “It is about leaving no one behind. It is about social justice and about involving more people than before.”

To that end FES Vietnam and GreenID aim to distribute their findings and get more people and organizations involved throughout Viet Nam with a series of trainings and conferences in Hanoi, and throughout the highly climate-vulnerable Mekong Delta region.

Daniel Mann is project assistant at the FES Ghana Office in Accra and deals mostly with youth and trade union related issues. He was visiting the FES Climate and Energy project in Hanoi for several weeks as part of his training. For more information on the FES climate project in Asia, visit the FES Vietnam website and follow their daily updates on the Facebook fan page. 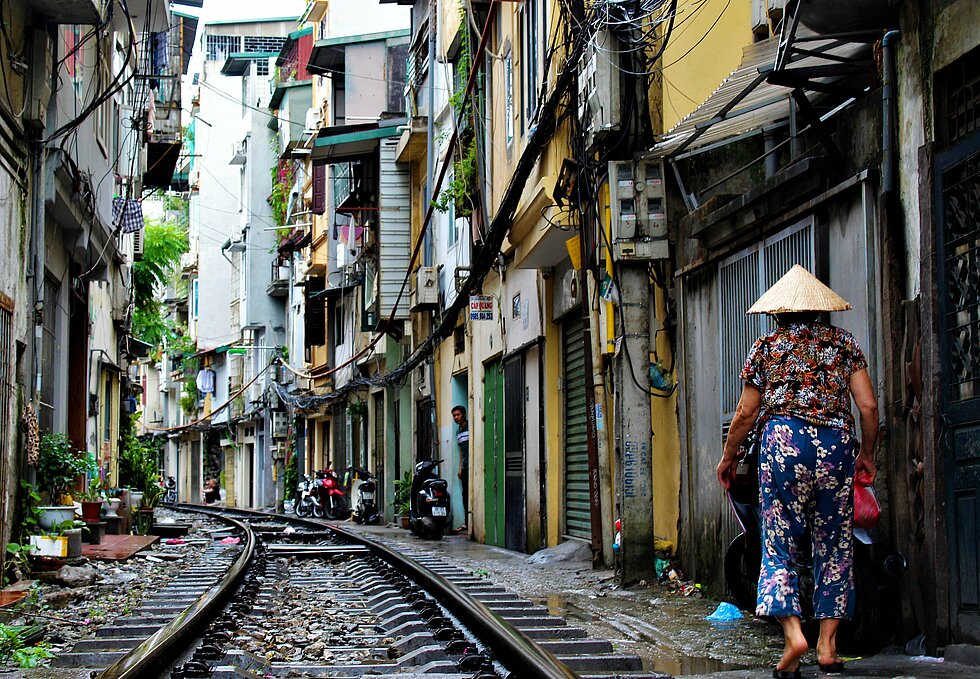 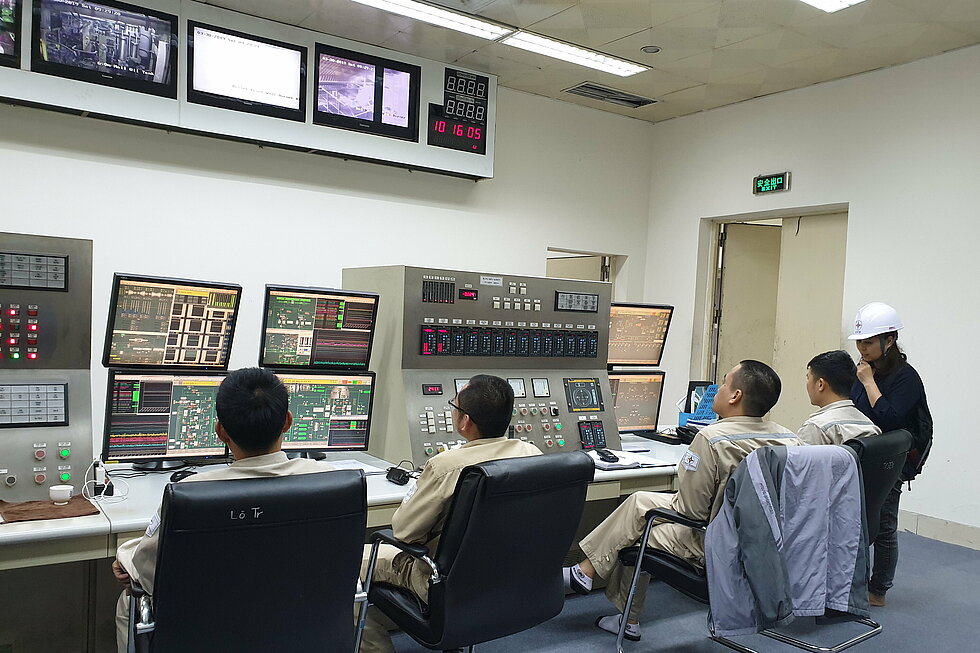 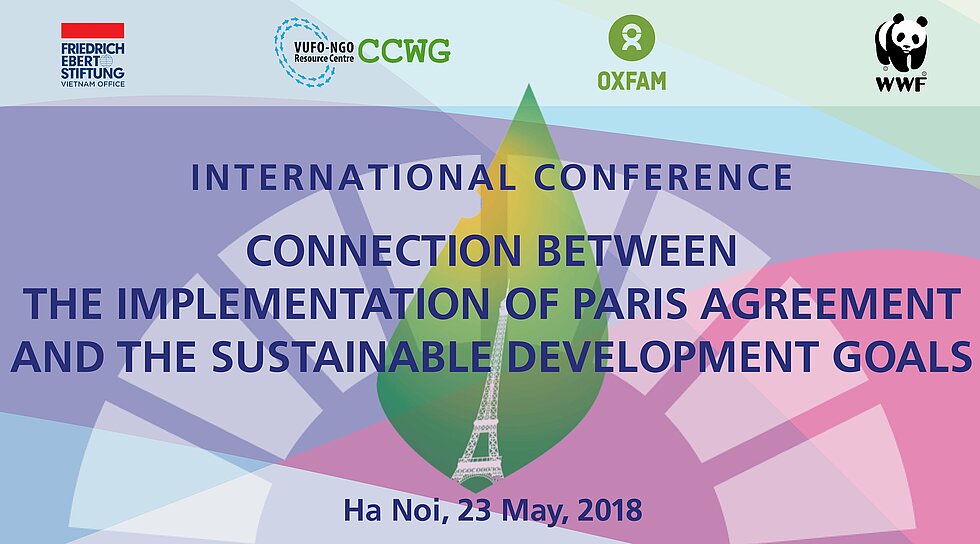 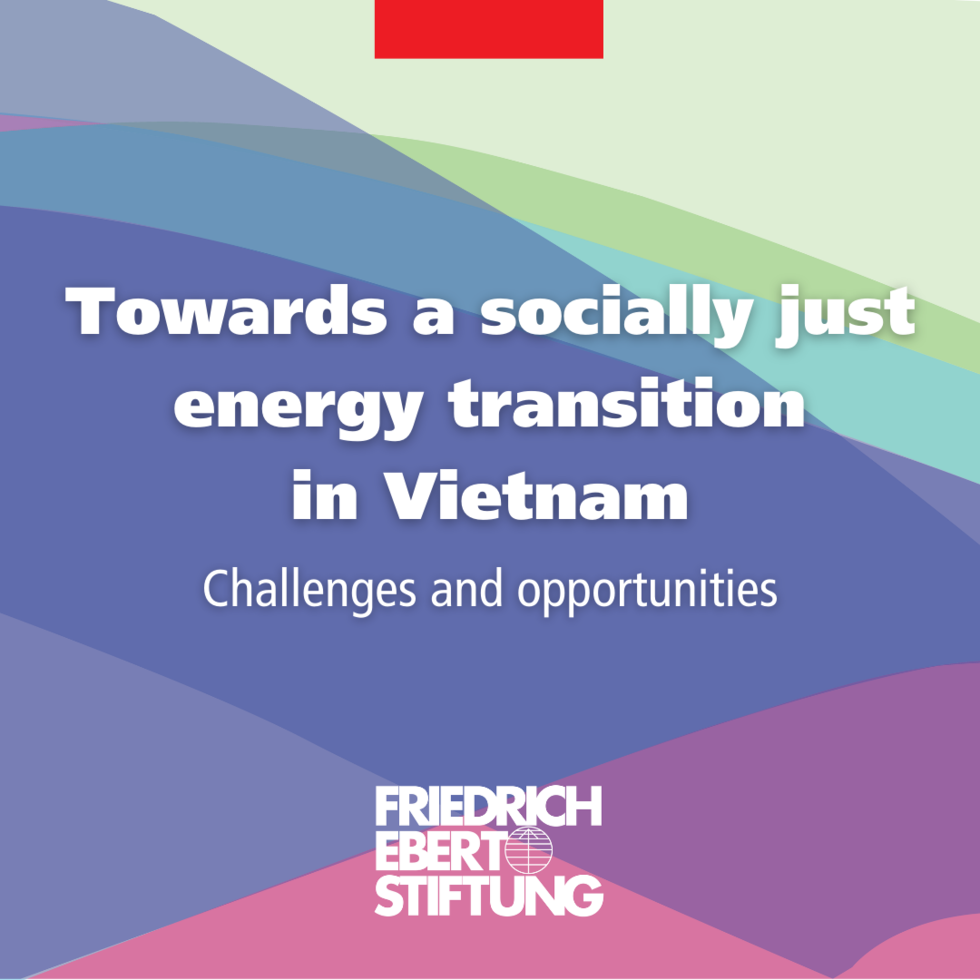